Sometime on the Internet we see some cute cat doing some cute things: 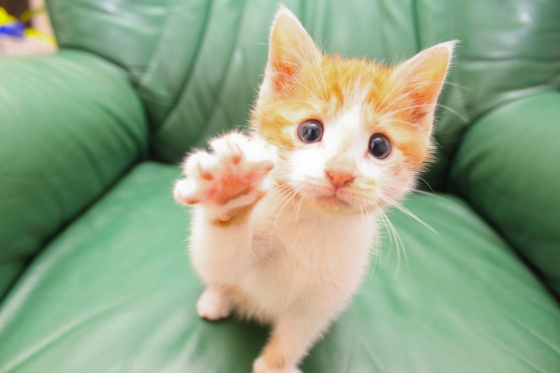 And because of that, an English speaker will say: It's too cute.

Because I'm French, and in French we have no good equivalent for 'it', I wonder...

Does the 'it' stand for:

In French we will respectively say:

Finally what will be the correct translation for the two phrase below ?

A simple way to give a response to my question will be to put it plural, what did you say when you see this: 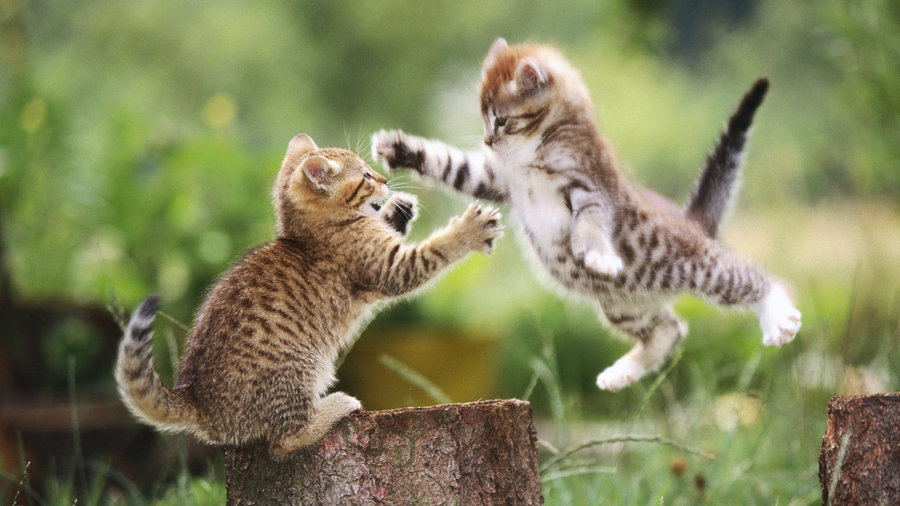 Either. An animal of unknown gender is it.

The translations would be

You can use This/That is too cute to emphasize the situation though.

I don't think "it" refers to anything here. "It's too cute" is an idiomatic expression comparable to "It's raining" or "It's time for dinner"--in both of which the "it" is a nonreferential or dummy pronoun.

You don't have a word for "it" in French because the concept of a non-gendered noun does not exist in French (as far as I know). When you use a pronoun in place of a noun in French, the noun it references is gendered. Nouns in English are not gendered, so we don't have distinctly masculine or feminine pronouns. The word "it" is simply a pronoun which refers to an object without a gender.

The case of referring to a cat is a little more confusing because the cat is in fact either male or female. That is, the cat does have a sex, and English speakers might sometimes personify the cat by associating the cat's sex with a gender. Instead of saying, "It is cute," then, we might instead say, "He is cute," if the cat is male or, "She is cute," if the cat is female. This is obviously exactly the same as using "il" or "elle" in French.

In the case of saying, "It is cute," though, we might not know the cat's gender or think about cats as having a gender. Because the word "cat" doesn't have an implicit gender like it does in most Romance languages, we use the generic pronoun "it".

Suzanne went to the store.

Suzanne is presumed to be female, so we use a feminine pronoun:

She went to the store.

Look at my cat! His name is Toby.

We know from the use of the word "his" (and the male name "Toby") that the cat is male, so we might respond by saying something like:

He is very cute!

But the word "cat" doesn't carry a gender unless I give you more information about the cat to help you figure it out. So If I were to post a picture with a caption like:

This is my cat!

You can't tell from what I wrote if my cat is a male or a female, and the word "cat" in English does not carry an implicit gender. This means you need an ungendered pronoun to refer to the cat, like:

It is very cute!

Now that we recognize we can use the word "it" to refer to the cat, we can clarify why it does not refer to the general situation by which the cat is being cute. To do so is easy. Analyze the grammatical parts of the sentence:

It is very cute!

It - This word is used as a pronoun. Since we're trying to figure out what the pronoun references, we'll avoid saying much more about it for now. At any rate, "it" is the subject of the sentence.

is - This word is a verb which shows a condition, state, or property belonging to the sentence's subject, "it".

very - This word is just an adverb which modifies the word "cute".

cute - This is the property which is being described as belonging to the sentence's subject, "it".

The question before us, then, is what is meant when we say it? To answer, we can use an old trick that is generally useful for determining the antecedent to a pronoun: replace the pronoun with the nouns we think it might modify. Then decide which expression is more correct according to what we're trying to say.

[The specific thing that the cat is doing] is cute!

In the last case, the English language offers a convention that can help a listener or reader understand that we're talking about the specific thing the cat is doing and not about the cat itself. To accomplish this, we would use the demonstrative pronoun "that" or "this".

The adjective "cute", though, modifies the cat, of course. It would sound a bit silly to describe a copy of the photograph as "cute", and it sounds perfectly sensible to call the cat "cute".

Not the answer you're looking for? Browse other questions tagged translation french or ask your own question.

5
Translation of « débrayable » for camera modes and automatic software processing
5
How common is the French loanword "métier"?
2
How did 'estate' evolve to mean 'area of land or property'?
5
Is there a short phrase to describe forgetting to do something because something else had your attention?
59
Are there any "fake" French words used in English?
1
Word Choice: Colloquial or idiomatic expression for being in denial about being proved wrong
2
Is "It's a shame" too strong?
4
English equivalent of the German suffix '-weise'