What's wrong with usage of word “different” in this particular way/style? 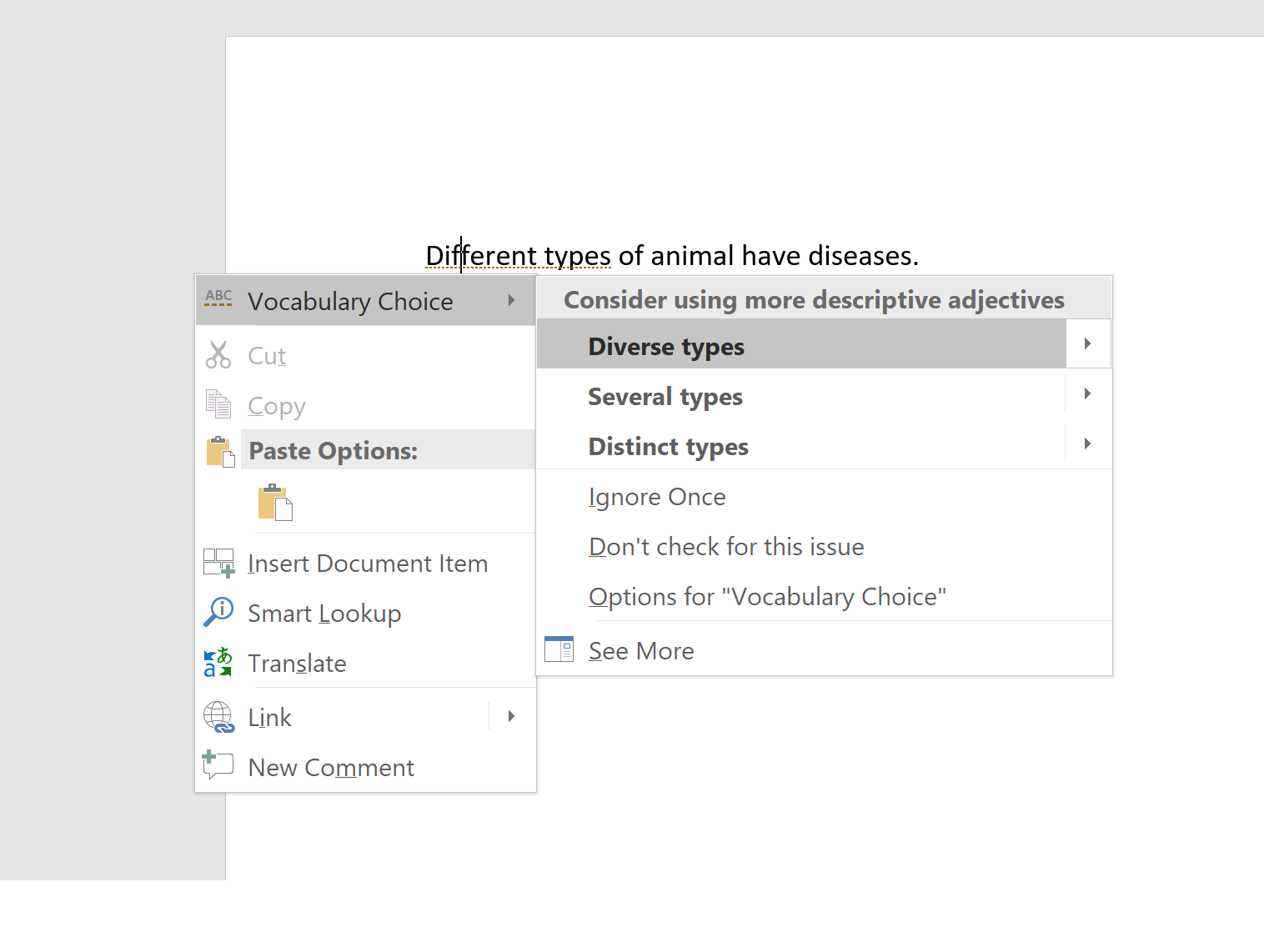 Let's consider below sentence for example:

Whats wrong with using Different word here, I don't understand why it keeps on suggesting same whenever I use "different types of" .....

There's nothing wrong with using different. Microsoft has simply put certain rules into its software. In addition to catching typos and obvious grammar mistakes, it tries to "nudge" you into using certain language.

In this case, it likely sees "types" (or "types of animals") and is trying to get you to use more formal language. Using "different types of animals" in a scientific paper, for instance, is, I suspect, less common than one of the options it's proposing. (Although, if it does the same thing when that's the only word you type, then it has nothing to do with context at all.)

What I find more strange than the simple fact that it's doing this at all, is that it thinks several is better than different. I can understand the other two, but not that one.

In the end, there's nothing wrong with different—it's just more informal. I wouldn't trust Microsoft's style decisions at more than a basic level. See what it suggests and then accept or ignore it as is appropriate.

10
Do people in Miami really talk like they do in the television series “Dexter”?
12
What's wrong with “stupider”?
0
Should I say “metal” or “metals” when I'm talking about multiple units of the same type of metal?
5
What is the difference between a part of speech and a syntactic function / grammatical relation?
3
One sentence with two meanings! “The door was locked”
0
What does it mean when the beginning of a sentence is 'To Think' (followed by a comma)?
4
To infinitive used after adjective
4
Incorrect grammar vs dialect (when/whenever)
1
What's wrong with “I spent much money”?