What do you call this kind of educational illustration?

This is a kind of image that I've seen in dictionaries and encyclopaedias since my childhood. That kind of educative images have a theme. In the image there's a lot of different things related to that theme but in a context. I mean, let's suppose it is an image about animals, there are not just isolated images of animals against a backdrop like this one:

This is not what I mean 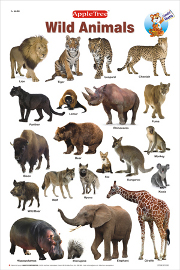 ... but instead the animals would be depicted in a context as if you were lucky enough to, by chance, meet all kinds of animals in the same picture frame while they were going about their lives, like this:

This is what I mean: 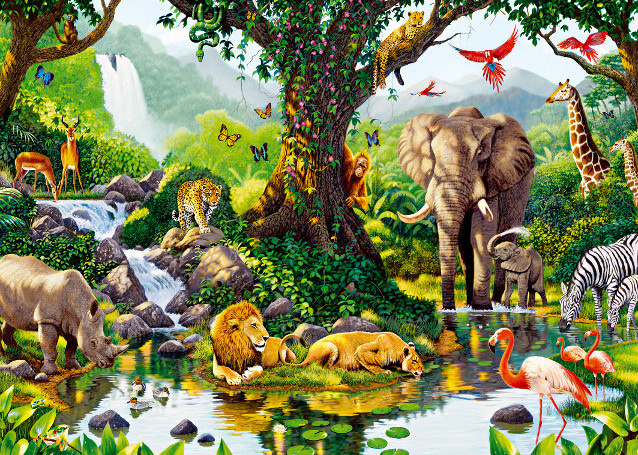 Here's another example about a complete different theme, notice how every geographic feature is depicted in context as if happening in an imaginary place where everything happens at the same time for ilustrative purposes:

This is also what I mean: 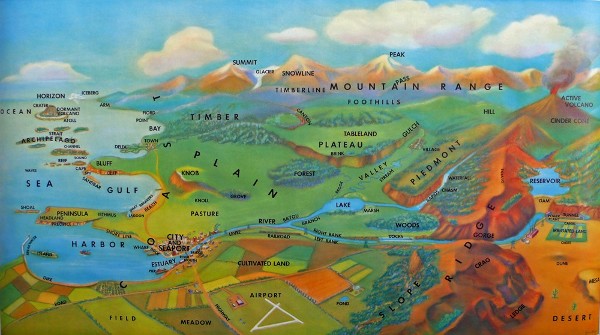 Often every object in the image would have a number referring to a legend under the image.

A word that occurs to me is diorama but I'm sure that's not the correct word. I don't even know what to call it in my native tongue, so I cannot do a dictionary lookup.

When I was a child, I had an educational wildlife atlas with illustrations of animals in their habitats/biomes. There were different habitats like rainforest, coast, desert, arctic, jungle, ocean, savannah etc.

I did some research and couldn't find the exact book; but I found a similar book called Wildlife Atlas, a Complete Guide to Animals and Their Habitats (by John Farndon) in amazon.com and these kind of illustrations are called realistic illustrations in the description.

The animal habitat illustration that you provided is not that realistic but they are usually illustrated more realistically (including the animals sharing the same habitat) like below: 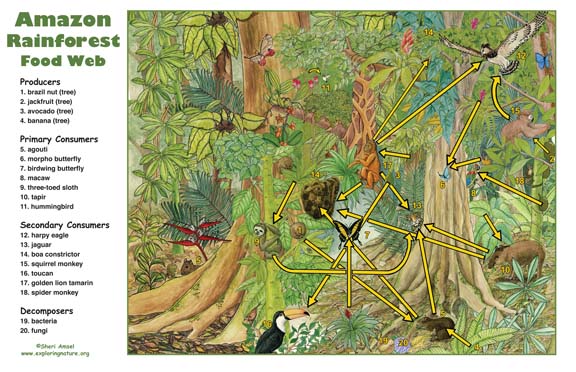 Pictorial maps are a category of maps that are also loosely called illustrated maps, panoramic maps, perspective maps, bird’s-eye view maps and Geopictorial maps amongst others.

In contrast to the regular road map, Atlas or topographic cartography, pictorial maps depict a given territory with a more artistic rather than technical style. [Wikipedia]

A pictorial map can include the geographical features and animals together like this pictorial map of Cambodia: (mapcollection.wordpress.com) 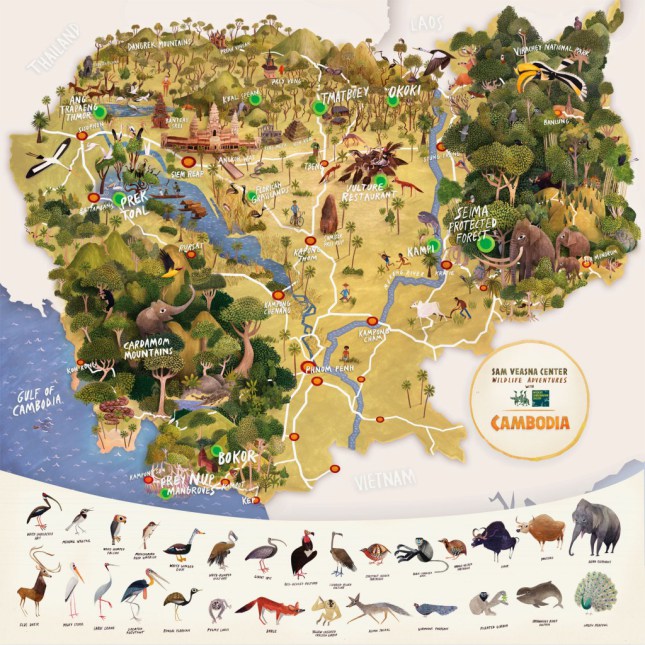 You can see other examples in Google Images.