How do I insultingly describe an extremely ugly building?

The building is shaped like a matchbox. Or like a beehive. Designs of this sort need very little engineering and less imagination. It's mostly glass and concrete. More glass than concrete. It is a residential building.

In order to make room for it, an entire block of 19th Century buildings (very quaint and very much in keeping with the city's spirit) was mercilessly razed.

A handful of half-hearted protests from the neighbors followed. Those were ignored. The local media assessed the situation and found there was nothing worth reporting.

The monstrosity went up in no time. It now towers over the street, faceless and depressing.

Because the windows are walls, and the walls windows, it costs a fortune to keep the apartments warm in the winter and cool in the summer. Not that I think the tenants give a rat's ass: to those who can afford to rent a place in that building, the utility bill of any size is a trifling matter.

Ordinary pejorative words that people normally use to describe this type of architecture (matchbox, barn, etc) are way too weak. The monster is just too hideous, and the architects who designed it, contractors who built it, and tenants who live in it are too self-complacent and too dismissive of things that are beautiful and harmonious, as well as of the city's history, as well as of other people who live in the city.

To summarize. The building is neither a barn, shack, nor a matchbox. Those words are much too weak. Any suggestions?

Addendum: I once called the whole "ugly growth" phenomenon "a chancrous rash on the body of American architecture," but that's too general, I think. Nor is it an exclusively American thing either: London is chock-full of them, and so is any German city, and Paris is catching up pretty fast.

Before: buildings not unlike these: 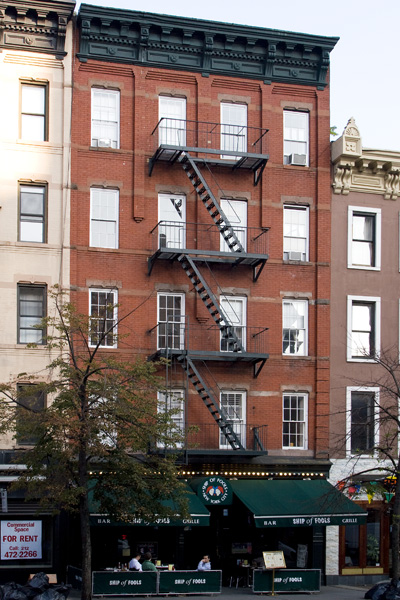 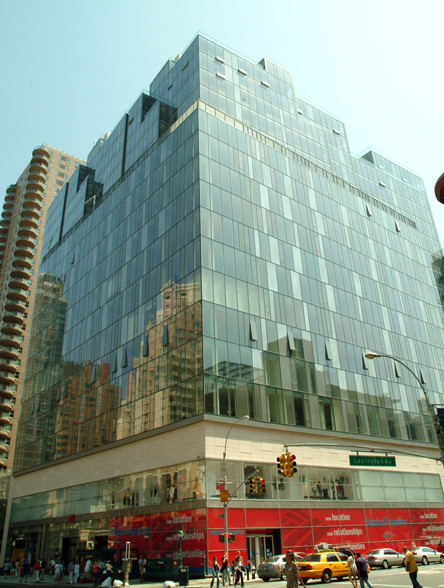 You may refer to skin diseases like furuncle, pustule or carbuncle (mentionned by @JHCL).

Note that the carbuncle cup is a British award for the ugliest building.

For example, Woolwich Central was the "winner" of the 2014 Carbuncle Cup. 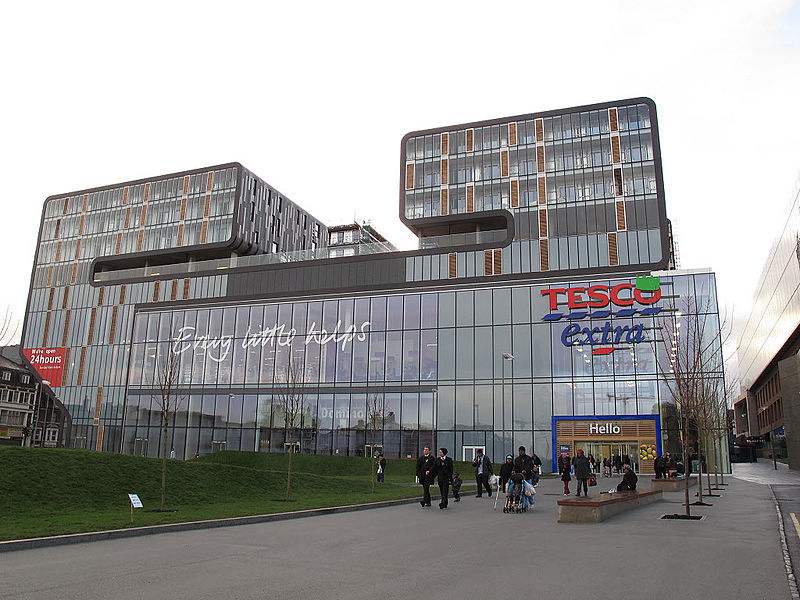 a blot on the landscape:

A thing that is very ugly, especially a building

There is the term Brutalist, which strictly covered only such buildings built in the period between the 1950s and the mid-1970s, but which has since become genericised (and lost the capital letter). Wikipedia is, as usual nowadays, spot on:

Brutalist architecture is a movement in architecture that flourished from the 1950s to the mid-1970s, descending from the modernist architectural movement of the early 20th century. The term originates from the French word for "raw" in the term used by Le Corbusier to describe his choice of material béton brut (raw concrete). British architectural critic Reyner Banham adapted the term into "brutalism" (originally "New Brutalism") to identify the emerging style.

Brutalism became popular with governmental and institutional clients, with numerous examples in Britain, France, Germany, Japan, the United States, Canada, Brazil, the Philippines, Israel and Australia. Examples are typically massive in character (even when not large), fortress-like, with a predominance of exposed concrete construction, or in the case of the "brick brutalists," ruggedly combine detailed brickwork and concrete. There is often an emphasis on graphically expressing in the external elevations and in the whole-site architectural plan the main functions and people-flows of the buildings. Brutalism became popular for educational buildings (especially university buildings), but was relatively rare for corporate projects. Brutalism became favoured for many government projects, high-rise housing, and shopping centres to create an architectural image that communicated strength, functionality, and frank expression of materiality.

In its ruggedness and lack of concern to look comfortable or easy, Brutalism can be seen as a reaction by a younger generation to the lightness, optimism, and frivolity of some 1930s and 1940s architecture. In one critical appraisal by Banham, Brutalism was posited not as a style but as the expression of an atmosphere among architects of moral seriousness. "Brutalism" as an architectural critical term was not always consistently used by critics; architects themselves usually avoided using it altogether. More recently, "brutalism" has become used in popular discourse to refer to buildings of the late twentieth century that are large or unpopular – as a synonym for "brutal."

The noun abomination means a thing or action that is vile, vicious or terrible. For example, if you see a neighbor kick an old blind dog that's done nothing wrong, you might remark, "That kind of cruelty is an abomination!"

: the quality or state of being atrocious M-W

How about "fugly"? It's a portmanteau of "fucking ugly".

I like eyesore as posted before, but if you want pejorative, fugly fits the bill pretty well.

odd or unnatural in shape, appearance, or character; fantastically ugly or absurd; bizarre

something, especially a building, that is very large and is considered unsightly

You use monstrosity to describe the building in your question. It seems like a good fit in this context. I don't see anything wrong with it.

You want to be insulting. Good! I agree that the building pictured deserves to be insulted. The most insulting word you can use to the kind of people who build and live in such a thing is "cheap".

It is build with an eye to economy. Every square cm of the site that could be used for building has been used. Who needs even one tree? Nor have they wasted any cubic centimeters on useless fripperies like balconies or terraces.

Sentence for cheap dump: "Does anyone really live in that cheap dump, or were all the apartments sold to absentee owners?"

(It's not one word, but you said it could be more than one word as long as it was "really demeaning".)

Never mind a single word; "fantastically ugly" is a superb way to describe such buildings!

Stick with it, I would.

1
Is there a word that describes a conspicuous building that is out of its place?
17
What is the English idiom for Russian "режет глаз" which literally translated as "hurts the eye"?