Request for a scholarly reference for the correct usage of the English indefinite article (a/an). [duplicate]

This is NOT a request for a recommendation of a "best" book. I'm looking for a definitive authoritative source to address a specific question...

I recently had a discussion with a friend of mine who is a retired high-school English teacher. We were discussing the correct usage of "a" vs "an".

In her opinion the article must always match the subject. Thus she says "an emergency" is correct but so is "an dire emergency", she claims.

I personally think she is wrong, that the correct usage of the indefinite article is never based on the subject per se but rather only on the vocal pronunciation of the most proximate word following the article.

Any suggestions for a source that would generally be well-respected by school teachers?

There is no central authority.

Note that it says the next word, not the next noun and it also says a vowel sound not a vowel. 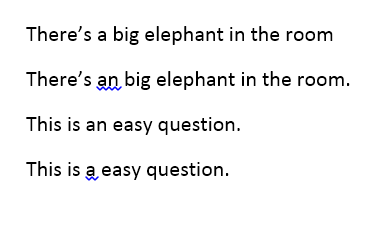 Chasly is correct. I am amazed that anyone could recommend "an dire ..." I have never heard or read such a construct and would unhesitatingly correct it when editing. The only thing I can add is that "an" may be used when a word starts with h, as in "an historical account". Even this usage begins to sound pedantic in contemporary prose.

One such study is available here (for a price): A Corpus-Based Sociolinguistic Study of Indefinite Article Forms in London English, in Journal of English Linguistics, December 2010, vol. 38, no. 4, 297-334.

I don't claim that is the definitive study (and I won't even touch authoritative, for fear of revenge and retribution from the anti-nazi-grammar nazis), and I don't expect I (or anyone) can produce anything other than an opinion on which that definitive study might be...and even then, that opinion would have to hedge around which of the possible scholarly domains the study was definitive in and for what time period. If the realm is scientific (broadly speaking, to include sociology, psychology and etc.), the notion that there is, and if so, which of the available is, a definitive study, will always be subject to debate.

In any case, the study cited may provide useful insights into general patterns of and underlying influences on a/an choice, although it (perhaps usefully) restricts the data analyzed to a London corpus. The cited study does have the advantage of being a more recent analysis by 8 years than such petrified sources as the Cambridge Grammar (cited above in comments), and it notably takes into account more recent trends reflecting the rapid change in language usage over those 8 and the subsequent 5 years.

Not the answer you're looking for? Browse other questions tagged grammar indefinite-articles authorities or ask your own question.

9
A good and exhaustive book for English grammar
0
Is there a North American English language authority?
136
When should I use "a" vs "an"?