I'm looking for a noun preferably that I can best describe as:

The opinion someone has of you - due to the actions which have occurred between the two of you.

For example - When two people first meet, there are hundreds of 'ratings' piling up with each interaction between them. Person A might tell a crude joke not knowing Person B finds such humor as barbaric. This event then causes a 60% negative effect - as opposed to exercising bad sarcasm which would only have a 10% negative effect. I'm also thinking in terms of an RPG dashboard context. Hopefully that gives you a bit more to go on. The sum of these actions should constitute a single word. I'm trying to find that word. Thanks for the help.

I'm building an interface for an RPG project. The word has to literally describe the numeric value 0% = Pure hatred guts TO 100% = Soul Mates. Each action chosen by the player has a multiplier and I guess percentage of effect on the person they encounter. So I need one word to describe (Unisex) that value between the player and the NPC (AI).

Perhaps "affinity" would serve. This sense of the word is defined by Merriam-Webster as

a feeling of closeness and understanding that someone has for another person because of their similar qualities, ideas, or interests

The complex emotional or psychological interaction between people.
Most baseball men subscribe to familiar truisms about talent, character, and the chemistry of winning teams.
— OD

FIFA 17 on Xbox/PS has a numerical chemistry rating which seems similar to what was described in question.

There are two types of Chemistry in FIFA Ultimate Team, which make up an overall Chemistry rating, plus the Chemistry Style modifiers which affect how they work. Here are the key terms: 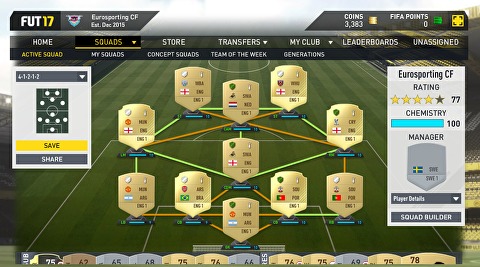 I've known my acquaintance Danny since we were kids. He was a brat, I've never really forgiven him for putting bleach on my hair in 5th grade. But somehow he became friends with my sister, their kids are friends, he brought my mom casseroles when she was laid up fighting cancer. He tells tasteless jokes and I kicked hm out of my house for a racist comment at the holidays one year, but he works hard to improve the schools in poor neighborhoods in our city. I can say this, we have a lot of history between us.

history at dictionary.com meaning 3: the aggregate of past events

‘I've got a great, wry sense of humor and a few good friends of like-mindedness.’

Having similar tastes or opinions.
‘a small group of like-minded friends’

1.1 A feeling of sympathy and friendship; like-mindedness:
‘they felt the bond of true compatibility’

1
What's the word in English for something that increases/decreases?
1
Hypernym for “goods” and “services”
0
A word for a scrawny, ghastly but wise and academic or studious person
0
Word for “multiple effects apply.”
2
Word for what a piece of art is commenting on being reflected in the reaction to that art
2
Is there a word to describe two people who have perfect “anti-chemistry”?
1
Word for 'Unafraid to Question Authority' with Positive Connotations
1
Word Identification - Act/Believe of living in harmony with nature
1
Word for placebo action meant to fill time or alleviate anxiety