Precise meaning of ‘adopted to general enthusiasm’ in this context?

I am confused by that ‘to’ after ‘adopted’. I know the meaning of adopted: embrace, take on, accept, choose, select, … But adopted is often used with ‘by’ or ‘as’ or used by itself alone.

Over the same five-year period, the global political landscape underwent equally dramatic changes. Donald Trump’s rise to power in the United States in 2016, Jair Bolsonaro’s in Brazil in 2019 and the Brexiteers’ victory in the United Kingdom in June 2016 are the clearest signs in a series of events often seen as marking the disinte- gration of the liberal order. Pretty much across the world, a movement back towards entrenched borders and social conservatism has created a loose alliance between those who have lost out in the process of globalization and are now desperately in search of new protectors, and the economic elites who are determined to force nations to compete with one another so as to preserve capital accumulation. Earlier, however, the Paris Agreement, adopted to general enthusiasm in December 2015, had foreshadowed the emergence of a new kind of diplomacy aimed at bringing the concert of nations into the era of climate change awareness. Despite the weaknesses that underlay this agreement, it was this attempt to forge a bond between diplomatic cooperation and climate policy that was attacked by the new masters of chaos: there was no question of founding a world order on any limitation of the economy

A definition of this meaning of "to" is found in the OALD.

to 17 (OALD) ​while something else is happening or being done
♦ He left the stage to prolonged applause.

There are two main cases of use: what is happening or being done causes what "to" introduces or there is no connection. It is left to the reader to determine whether there is a connection or not.

In answer to the comment of user jsw29 (Why would one want to say that the agreement was adopted to general enthusiasm, rather than with general enthusiasm? In view of the core meanings of to and with, the latter may seem more apt.).

If the use of "with" is contemplated in place of "to", that leaves, out of the main categories of meanings, which are

only the fourth one (one will convince themselves easily of this fact). The subcategories of meanings have been scanned and the resulting images are shown below. 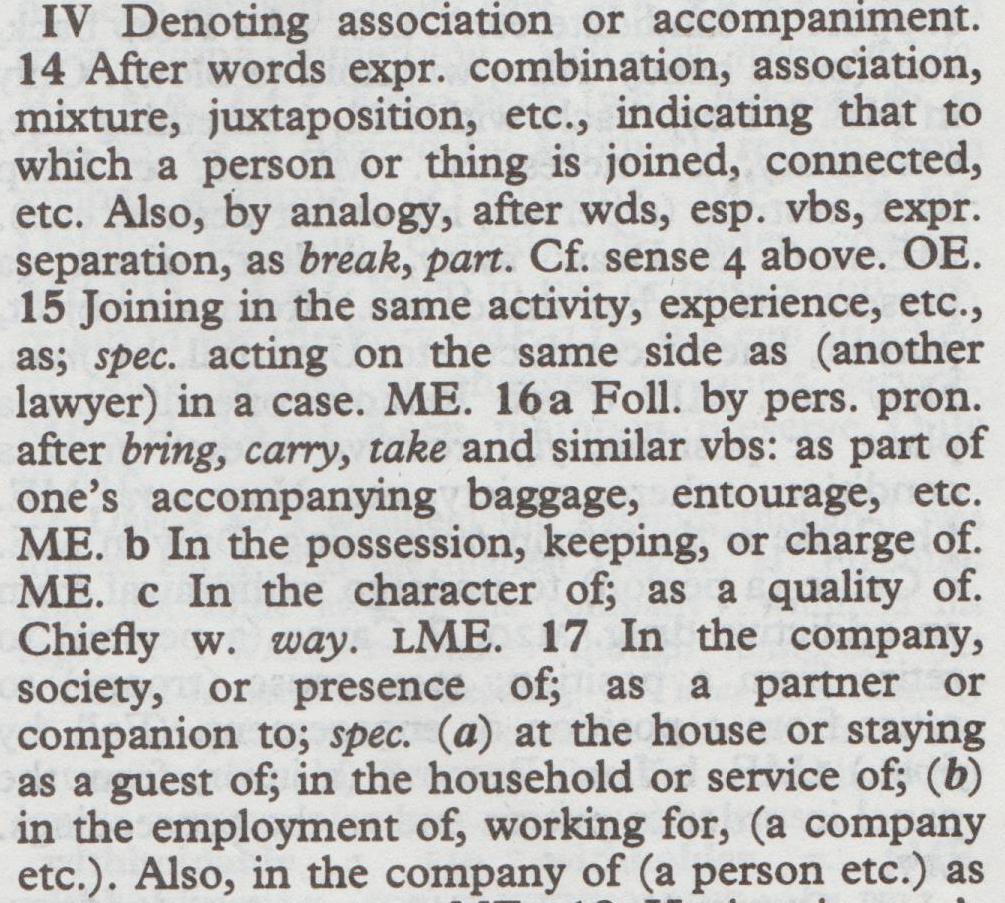 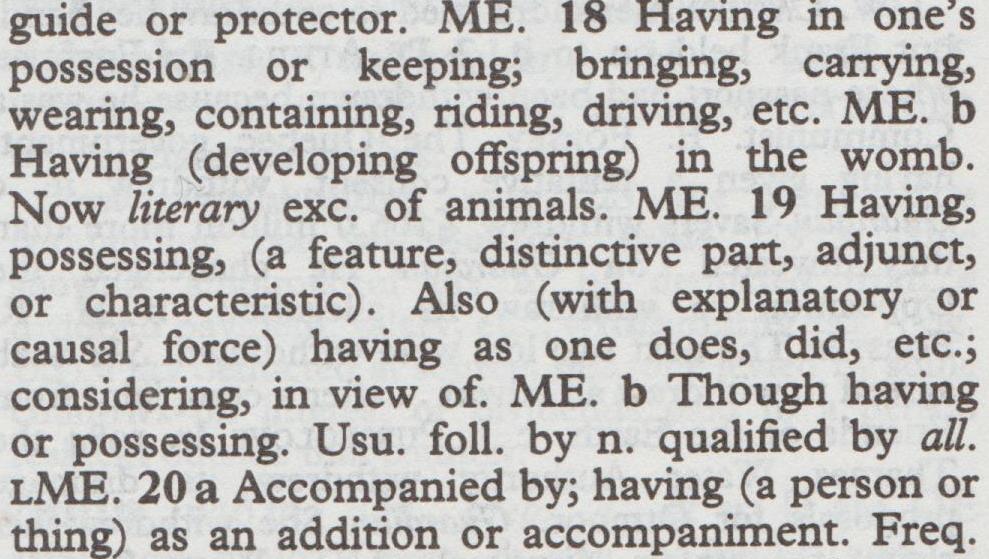 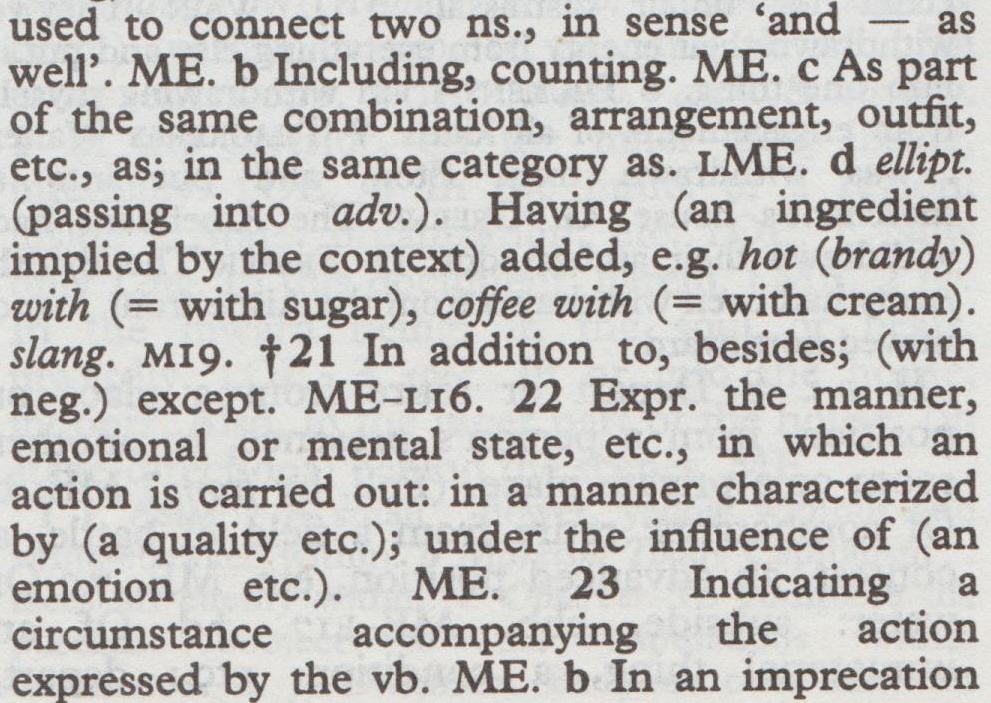 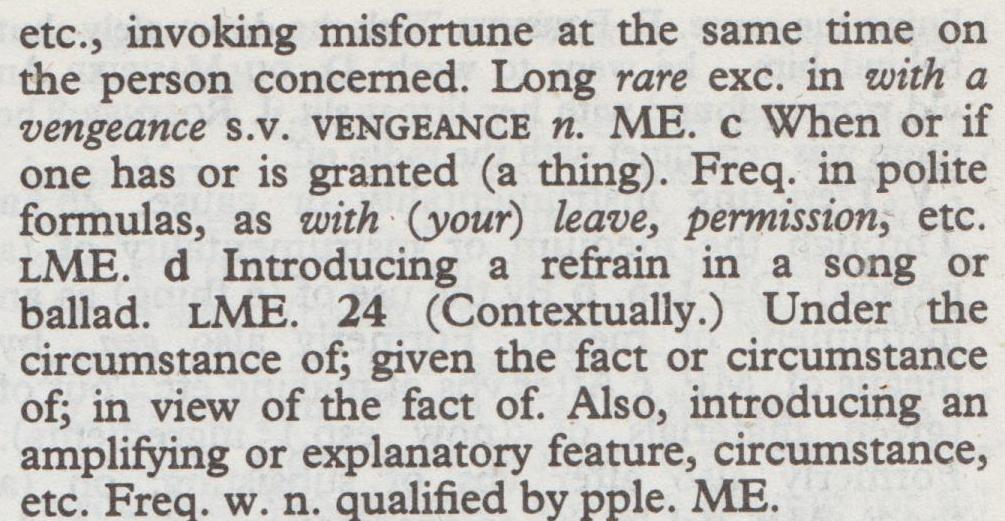 "19" is not proper, as it does not apply to verbs, and the idea of association is rather one that defines closely something (not independent from it); this cannot account for all the people who are going to be enthusiastic shortly therafter. The definition does not fit the case well: the examples concerning that number are now listed (for the sake of distinguishing the context of use better).

"20" is not much better, and there is again this idea of restriction to the adoption, whereas the idea of displacement carried by "to" eradicates this impression.

"22" does not identify the idea for the same reason stated above: there is no question of the manner of carrying out the adoption. Here are the examples.

"23" seem to be proper, however in many cases there the idea of restriction to the process, which is totally absent from the definition of "to" in the given context.

Not the answer you're looking for? Browse other questions tagged meaning meaning-in-context phrase-meaning ambiguity or ask your own question.