The pronunciation of "protester"

In this press conference held every day by Hong Kong Police, the police officer pronounced "protester" as "PRO-tes-ter". I checked the dictionaries such as the Cambridge Online and Longman Online and could only find it pronounced as /prəˈtestə r/. Did the native English officer with the British accent pronounce the word wrongly? 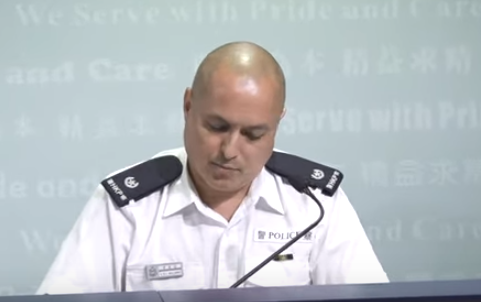 (Watch the part of the video that features the native speaker, who spoke from 29:09 to 32:37) www.youtube.com

The pronunciation proTESTer /prəˈtestər/ corresponds to the stress pattern of the verb proTEST. That verb has a pronunciation with stress on the second syllable in both British English and American English.

The noun PROtest usually has first-syllable stress in both British English and American English.

For some speakers (not all), there exists, alongside the verb proTEST, a verb "PROtest" that is stressed on the first syllable and more or less means "participate in a PROtest". The stress pattern of this verb is derived from that of the noun. The verb PROtest seems to be more common in American English than in British English, but it is used by some British English speakers.

The pronunciation "PROtester", with stress on the first syllable, is most likely based on the verb "PROtest". This topic is covered in the 2011 Language Log post "Protesters", by Eric Baković.

The comments on that page have some useful additional information, such as this:

in his pronunciation dictionary, John Wells gives both options for the verb in both BrE and AmE.

But more interestingly, under protester, he gives the results of one of his pronunciation polls, albeit for BrE only:

Note that the polls were done on paper, via regular mail (!), and – if I remember correctly – essentially on a self-report volunteer basis. So any "new" trends may be underreported. Or overreported ;)