Most common words in spoken english

I've seen lists of the most common words in English, compiled from bodies of text.

Normally "the" is ranked first, "and" and "to" are quite high, etc.

But this is only written English.

The is likely still the top word.

It's impossible to find this out for certain, since not all spoken language is recorded and corpuses tend to capture established usage. Furthermore, filler (like, oh, um, you know) may be underrepresented in corpuses, and spoken usage in general can vary widely depending on the context. Still, there are two good sources for American and British usage.

Method 1: Corpus search on the spoken subcorpus of COCA.

Result: The. It isn't close, folks. (5000 words lists these words in an accessible format but doesn't separate written and spoken English.) 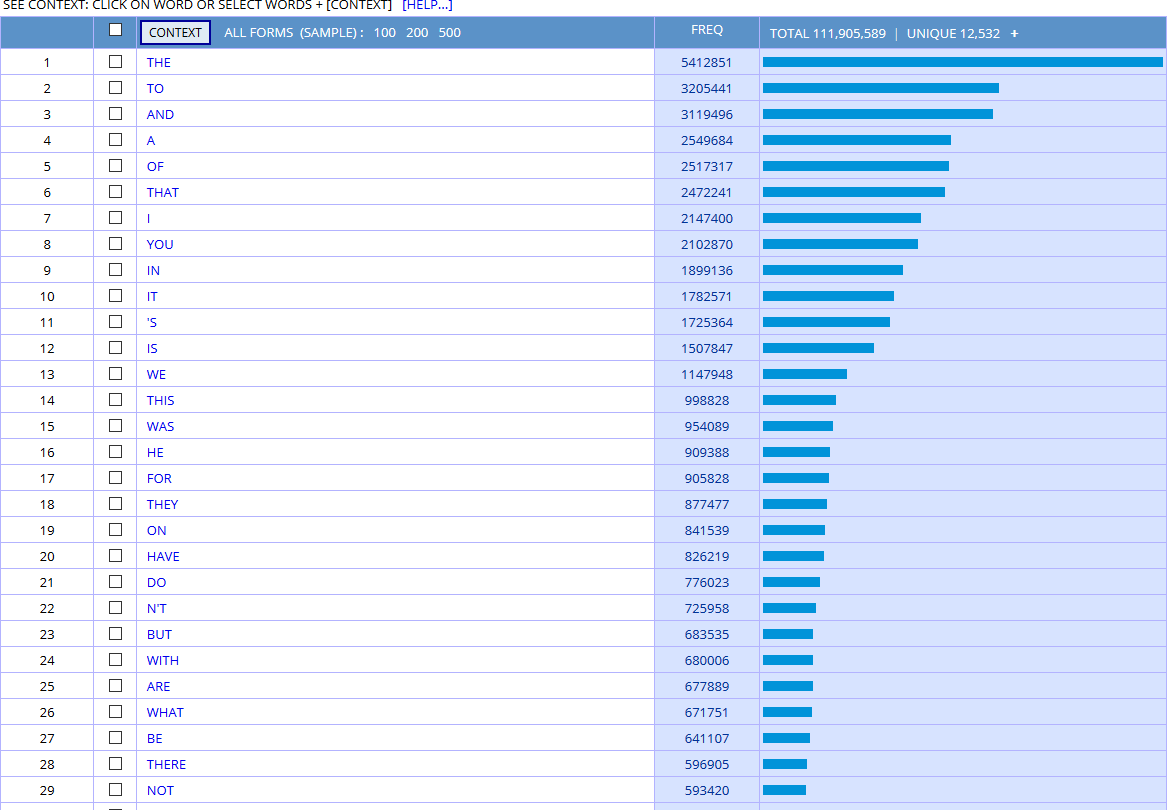 Result: The (spoken English in quantity, though they cleverly find that "oh" and "yeah" are the most distinctively conversational versus task-oriented speech, and the most common interjections/discourse particles.)

25
Do native English speakers use the word “touristic”?
6
Regionalism or just bad English?
4
Usage of 'commas' vs 'commata'
2
How can I (programmatically) distinguish between descriptive and non-descriptive adjectives?
1
Is “most good” ever correct?