I was reading a CNN article titled "Is Australia becoming a more racist country?" The Race Discrimination Commissioner was quoted as saying:

"I take no pleasure in saying this, but, right now, it feels like there has never been a more exciting time to be a dog-whistling politician or race-baiting commentator in Australia," the outgoing commissioner told the audience." CNN article link

I think from the context I understand what he intends by "race baiting", that is, the provocative words or actions to encourage an atmosphere of racism or xenophobia.

However, I see a number of problems in the definitions I've found online. Merriam-Webster defines it as:

: the making of verbal attacks against members of a racial group
Merriam-Webster

Wiktionary defines it as:

The use of racially derisive language, actions, or other forms of communication in order to anger or intimidate or coerce.
Wiktionary definition

This is the same meaning as the Merriam-Webster entry I gave above.

However on the other hand, I believe especially in America, people have another understanding of the term, and that is something like an unfounded accusation of racism to win an argument, sympathy, or to put an end to a discussion.

Conservapedia (Yes, I know it's crazy), defines it as:

Race baiting is a term for groundless accusations of racism made by liberals. It is a unique, deliberate and hypocritical focus on race in an attempt to discredit others as "racist".
Conservapedia article on race baiting

And feature this picture: 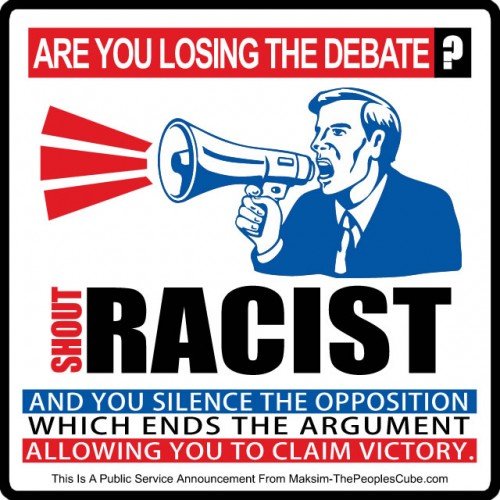 Urban Dictionary's definition matches the one given by Conservapedia:

Attempting to cloud logic and facts by appealing to emotion through false accusations of racial discrimination.
Urban Dictionary entry to race baiting

I found an article posted on a site called splinternews.com, titled:

If you're confused about what race-baiting is, here's a bit of context

It contains the assertion:

The right has co-opted the term “race baiting, but here’s context for its > proper usage:

This last usage is the same usage as used in my example of the original CNN article, that is, akin to dog-whistle politics to instil fear of a race.

It shows this video as a classic example:

So, is it safe to say that the term "race baiting" has at least three main meanings, and that most people using the term are unaware of this ambiguity?

The incitement or exploitation of racial hatred, prejudice, or tension, usually (esp. in later use) for political gain.

The OED gives one definition. I do not discern any other sense.

Not the answer you're looking for? Browse other questions tagged meaning usage or ask your own question.

7
What do “brave” (adj) and “courage” (n) really mean?
9
What does ‘shpritz’ mean?
5
What does ‘Democratic sharpies’ mean? Is the usage of ‘sharpie’ as a political figure well-received?
4
Is the use of ‘Red meat’ for ‘Substance’ very popular? Can I say ‘Your talk doesn’t have any red meat,’ to talkative person?
3
Proper usage of the word “racism”?
1
Is “curate the market” common usage of “curate”?
2
Is “get sb / sth off the way” an accepted idiom or ‘theatrical nerd’s line’?
3
Term related to “race-baiting”
21
Is there an explanation for why both “pop” and “pops” are used to mean father (singular)?