In architecture, you {cut?} the corners of a building to keep it from featuring right-angles. What's the word I'm looking for?

During the Reconstruction of Paris, the Baron Haussmann gave specific instructions to the architects designing buildings along the boulevards:

The eaves had to be at a 45 degree angle.
Each building was to take up the entire block.
Each building had to have six floors.
The upper floor and the penultimate floor had to feature balconies running the entire length of the block.

Finally, the corners had to be ??? ... to avoid featuring sharp or straight angles.

What is the word, or words, I'm looking for here? 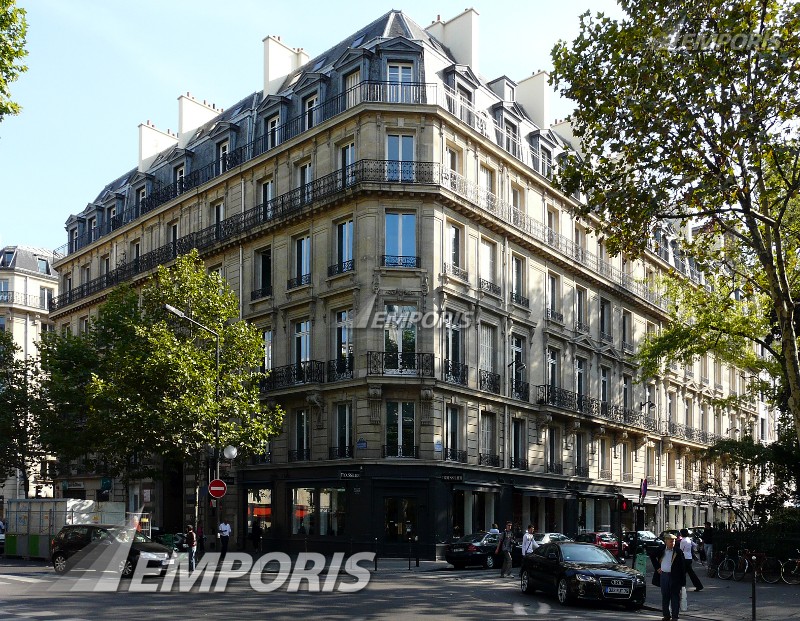 n. The angle or inclination of a line or surface that meets another at any angle but 90°

v. To cut at an inclination that forms an angle other than a right angle

Mirrors, and panes of glass in doors are often beveled and give a finished and elegant look to the object. A beveled building is a new one for me, and it is beautiful!

verb: in carpentry, cut away (a right-angled edge or corner) to make a symmetrical sloping edge.

noun: a symmetrical sloping surface at an edge or corner.

If that final form has an edge that is at a 45-degree angle, then it is a chamfered edge. As another known definition of chamfering is cutting grooves of varying shapes, it makes sense that a chamfered edge would be considered a “transitional edge.” But if it is an edge that isn’t perpendicular, doesn’t come to a sharp point, and isn’t at 45 degrees, then it is a beveled edge.

The words bevel and chamfer overlap in usage; in general usage they are often interchanged, while in technical usage they may sometimes be differentiated as shown in the image –Wiki

Finally, the corners have to be chamfered or beveled to avoid featuring sharp angles. The building in the picture has specifically chamfered corners, instead of just beveled, because they form 45 degree angles.