I do not and have never used "meth" or any of its variants. It is horrible stuff. Imo, drugs should only be prescribed by a doctor to resolve a health-related need.

One of my very nerdly friends used to say of me when a technical problem grabs me and I can't let go that I was "gacking" [1]. He meant it well, and it is the only term that I know. He meant it about the taking about the VCR to clean it, (and I put them back together and they work) and not the drug use.

Another example is this (link) in Numb3rs with Charlie Eppes.

Can you describe a word that is okay in very high tech professional use that is a rough synonym of the behavior that is not (remotely) related to drug use? The deep obsession that it grabs me and doesn't let go. It is okay, but not necessarily desirable, if it is a high-function Asperger's related term.

You mentioned Asperger's, probably because the obsession you point to is characteristic of or associated with that state, so I think you want something with psychological connotations.

Monomaniacal is defined as "pathological obsession with one idea or subject" or "intent concentration on or exaggerated enthusiasm for a single subject or idea" (here).

This word can be applied in a context were you're obsessed with solving a problem or bug too. Unfortunately, it's not a verb.

If you need a verb, you might go with working monomaniacally.

Also, Melville in Moby Dick frequently describes Ahab as monomaniacal. His obsession was the white whale and his problem was killing it. In fact, maybe you could call your act of obsession Ahabbing, especially if it's having adverse effects on you (see here for a similar use).

Could be regional (San José, California) but I am familiar with the colloquialism ride, as in “ride a problem/bug,” “ride a cause,” “ride a conversation,” ....

In using this verb, I picture myself at a rodeo, bronc bustin' 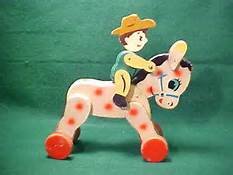 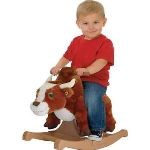 Note: Context matters, as with all colloquialisms. To “ride a bicycle” still means just that; to “ride a person” usually means to pressure, perhaps hound or even harass, a person.

Not the answer you're looking for? Browse other questions tagged single-word-requests expressions verbs or ask your own question.