Origin of the idiom "butt of jokes"

What is the origin of the phrase "butt of (all) jokes"? I'm wondering whether 'jokes' are being personified here (as per the origin of the term) with 'butt' being used as it's not exactly the most exalted part of the body, or whether 'butt' was intended more as a 'base' for all jokes? (I'm leaning towards the latter.)

Did some sleuthing for print references. I found butt of the joke back to 1775, though up until the mid-1800s one was just as likely to be a butt of the jest. Prior to this reference, it seems one could be the figurative butt of various slings and arrows all the way back to the early 16oos, as Etymonline has it.

Here's the 1775 reference from Observations, Historical, Critical, and Medical, on the Wines of the Ancients, by Sir Edward Barry, explicating on the rank of ancient Roman slaves in relation to rank of guests: 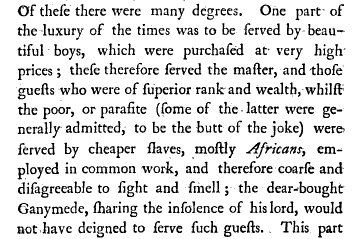 Butts were, as is pointed out above, the archery targets erected permanently in or near a village or town for archery practice, required by law by Edward III in 1363 (also forbidding all sorts of other, more decadent pastimes such as football. See various archery reference books, including 'The Longbow' by Mike Loades, Osprey Publishing, 2013. A butt is therefore a target, so the butt of a joke is the target of a joke. The French word for 'target' or 'goal'(as in a purpose) is 'le but' (also la cible). probably from Old Nordic 'butr' - a log. Log ends were, and still are, used for target practice. The Normans would have used this term and introduced it to English. Probably. You can still find 'The Butts' or 'Butts Lane' or some such as addresses today.

To butt something can mean to ram it or hit it with the back end of something:

He butted me with the rifle.

To get the butt end of a joke is to receive the blunt of the joke. In other words, you are the one being hit or attacked with the joke. This phrase is useful partly because the person getting the butt can still be included in the joking around — you can be making fun of yourself and still get the butt of the joke.

He is getting the brunt of the joke.

He is getting the raw end of the deal.

He got the business end of a sword.

Someone who continually gets the joke butts can be referred to as a butt monkey but that may be returning to using "butt" to mean your tushy.