What does “cooks crystal” mean?

Jack Reaper: So he works here?
Sandy: Ya. It's bullshit though. He cooks crystal. 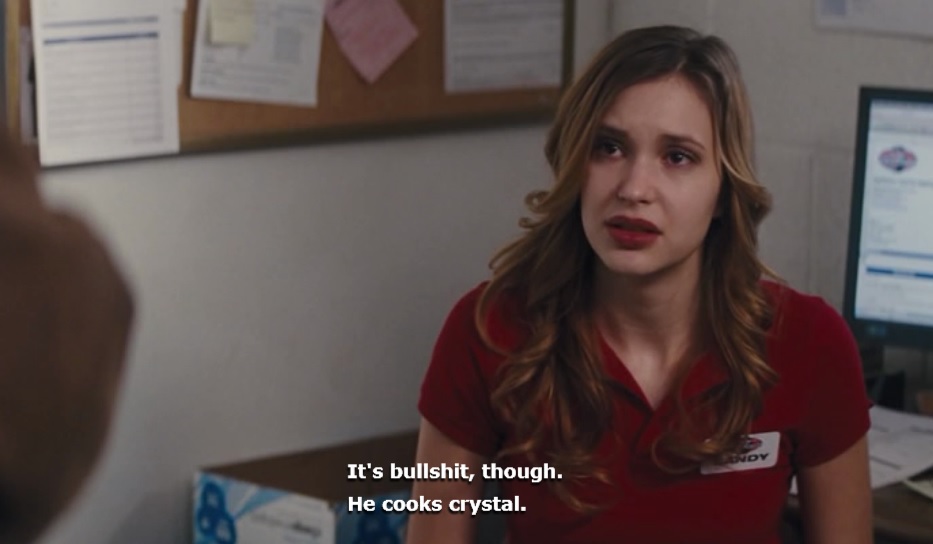 I saw this conversation in the movie called Jack Reaper. What does "cooks crystal" mean? From the context it seemed like it means the work is of bad quality, but I'm not sure.

I haven't seen the movie, but it sounds like she's talking about crystal meth, aka methamphetamine. So, roughly:

Jack: So he works here?

Sandy: Yeah, but it's just a cover. He makes drugs.

She tells Reacher that she pretty much did whatever Jeb told her to do. She said Jeb was supposed to be an employee at the same auto parts store (he hadn't come in to work that day), but she said he really made his money from crystal meth.

From the Drug Slang Dictionary:

He manufactures a popular drug that has a crystalline composition.

Not the answer you're looking for? Browse other questions tagged meaning slang or ask your own question.

3
What does 'beyond' mean in the following?
2
What does “Works” of Ontario Works mean?
2
What does “You're as bad as the old Irish woman who took the two pills to be sure, to be sure…” mean?
8
What does “Y/Y” mean?
5
What does “Trumped up” mean in Hillary Clinton’s comment in the first presidential debate?