What is a good alternative for the reverse of a boycott?

Boycotting is a classic consumer strategy to, in a sense, vote with your feet or with your dollar against some business that is doing something you find troubling, whether integral to the business, like slaughtering practices for meat, or incidental, like personal ethics violations by management.

But there is a practice that is the reverse for this, that is, providing additional support or changing brands to a business that does good things, changing business practices to acceptable ones, or giving to charities you approve. In the end, rewarding the company for activity that you like.

Is there a good term that captures this 'opposite' of boycotting?

Dictionaries specify 'support' as the antonym, but that word is much too broad to correspond well with 'boycott'. There are other terms: 'sanction' (an auto-antonym), 'encourage patronage' (probably the most exact but a bit of a mouthful)

Obviously the best corresponding word would be just as snappy as 'boycott': 'reverse boycott' (but still possible negative), 'to santa clause' (like a gift?).

Can you make a case for these or other suggestions?

Procott has been used, on both sides of the Atlantic:

I quote at length only because it's relevant to the question:

Then there’s the procott. The opposite of a boycott, (according to a coordinating website that seems to have disappeared) a procott “is a movement to support the production and purchase of earth-friendly and justice-friendly goods and services.”

I first ran across the term in Utne Reader’s “Good Idea” contest in 2002. Instead of not buying products as a protest, procotts encourage people to buy products and services that help bring about good...

Something happened to the word procott; a web search finds almost nothing, just a few blog posts and a dog shampoo. It’s like someone sent out a “cease and desist”—the dog shampoo people!? Or maybe it just didn’t take. I like the term and we should use it. It’s the alternative to unconscious consuming. When we tune in to the effects of our buying power we help create a better world.

By "dog shampoo people" the author is referring to an actual product called Procott Dog Shampoo.

At any rate, one can find other uses of the term:

How they reached that conclusion and that having a “procott” (basically, the opposite of a boycott where everyone buys a certain product on a certain day) was, to put it gently, unscientific at best, but there was definitely heart behind their ideas!

I'm not sure if pro is used as in the opposite of con but one could make the case it's taken from the word promote, which contains the idea of 'providing additional support':

1 Support or actively encourage (a cause, venture, etc.); further the progress of:
‘Do you promote recycling as a form of responsible waste disposal?’

1.1 Give publicity to (a product, organization, or venture) so as to increase sales or public awareness:
‘they are using famous personalities to promote the library nationally’

As such this word provides an alternative.

A fairly new term is "Cash Mob," a play on the "Flash Mob" form of performance art, but with a purposeful and economic slant.

Unfortunately I don't have good sources for this, only Wikipedia:

A cash mob is a group of people who assemble at a local business to make purchases. The purpose of these mobs is to support both the local businesses and the overall community. They may also serve a secondary purpose in providing social opportunities... The cash mob is related to the carrotmob, which supports companies for ethical, mainly pro-environmental actions.

"Carrotmob" appears to be an actual non-profit organization that calls their actions "buycotts," which apparently is interchangeable with "anti-boycott."

It uses buycotts (a form of consumer activism where a community buys a lot of goods from one company in a small time period) to reward a business's commitment to making socially responsible changes to the business. Carrotmob also refers to a global movement[2] of community organizers who use the Carrotmob tactic of consumer activism as a way to help change businesses in their communities.

Edit: As Mari-LouA mentions in the comments, the definition for carrot mob can be found in the MacMillan Dictionary and has added depth when juxtaposed with the idiom "carrot or stick," an approach of coaxing behavior using incentives and/or punishment.

Cash mobs don't seem to require ethical actions by a corporation, but rather a consensus to support a corporation for any reason whatsoever.

So be it a buycott, anti-boycott, cash mob, or Carrotmob, they all strive to reward companies that have positive impacts on the communities they serve.

Carrotmob seems to be the best antonym of boycott due to the requirement of ethical corporate actions, with cash mob being a broad show of support for a company or its employees, and buycott/anti-boycott being the concurrent opposition to a boycott depending on which Wikipedia page you read.

You could patronise a shop or company, though I don't believe that works for a product.

to give (a store, restaurant, hotel, etc.) one's regular patronage; trade with.

The first word that comes to mind is advocacy:

Public support for or recommendation of a particular cause or policy

It seems the closest antonym of boycott and to advocate could work as an antonym of to boycott:

to publicly recommend or support

To endorse could also work in 2a definition of Merrian-Webster:

to approve openly ; especially : to express support or approval of publicly and definitely

The best term, is the most obvious one; discarded unfairly by the OP because it is polysemous, and consequently overly broad. But it was precisely that one he used in the following line,

providing additional support […] to a business that does good things, 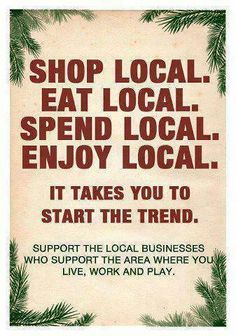 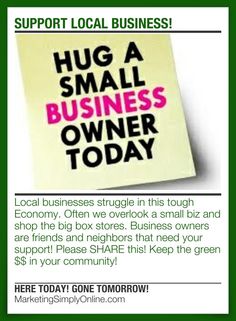 Maybe, at a pinch, the procott slogan above might work, but see how well support works in the next message.

We appreciate your support

As an idiom "putting your money where your mouth is" refers to taking a meaningful action (vs talk) as a means of support, not necessarily a literal financial one, per se, but it derives the force of its meaning that the latter is an undeniable example of the former, so it fits well when both occur.

'Instead of merely bemoaning the loss of independent shops, villagers are putting their money where their mouth is by doing their weekly shop at the village store, rather than drive to their local supermarket.'

The adjectives can be also applied to other nouns as appropriate, for instance ethical investing or ethical purchases.

In the general case it's apt to keep using the word "consumerism" (as in consumer movement), since the "reverse boycott" is based on the premise that people can group and act around their being "consumers", i.e. for what they buy.

There are some existing terms that are related to what you described, but I"m not sure how to reference them. See if any of them are useful:

The word and phrase that follow seem, of course to the person suggesting them, quite appropriate:

to accept something enthusiastically

to take up especially readily or gladly

to take part in or become involved in an activity

The most natural thing that comes to mind is

which could mean the reverse of a boycott, rewarding rather than punishing. I say 'could' because there is no evidence that this term has ever been used this way (or ever been used at all). Also, the intended semantics is questionable. It could mean just as easily for a company to stop marketing to a group of customers it doesn't like, like say a toilet paper company deciding not to sell to Halloween revelers.

Here are the suggestions with my commentary/analysis/personal opinion. They split into roughly two groups, existing English terms or neologisms (either recent or out of whole cloth)

Of these 'reverse boycott' is the only one that means exactly what is requested. All the others are not specific to the situation. "I am patronizing Nabisco" does not imply that you started doing that because the Nabisco company is doing something you like (having nothing to do with their delicious products).

Neologisms are always problematic. They sound weird ("That isn't a word!") and their meaning is often underspecified or too variable or needs to be explained.

All these suggestions need some context or explanation (unlike the original 'boycott') to either prime the listener for the situation or explain entirely.

But my analysis leads me to the following:

A conventional translation of boycott to some opposite would be:

which, in context, wouldn't just mean stopping a boycott, but going the other direction. This is similar to the ancient advertising slogan for Sprite, a clear lemon-lime softdrink, as the 'Uncola' to differentiate it from the prevailing dark colored Coca-Cola.

Not the answer you're looking for? Browse other questions tagged single-word-requests phrase-requests antonyms or ask your own question.