Abbreviate 'something' to 'sth'. 1. What does the prefix off signify? 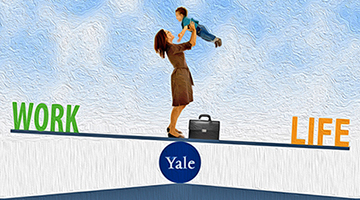 Then balancing demands decreasing Work or increasing Life: but how can either be sensed as off?

Here, the effect of "off" in "offset" is largely serving the role of a preposition: it describes a spatial relationship. The relationship is that you are arranging two items or concepts so that they balance each other out.

The spatial relationship implied by offset is frequently figurative, not literal. For instance, when you offset a debt by paying it back, you're usually not literally putting money on a scale with your debt on one side and your payments on another. But conceptually, that's what you're doing -- canceling them out so that they balance, or at least diminishing the effect of the first object.

What does the prefix off mean here?

One note: Generally an English speaker would not necessarily think of "off" in "offset" as a prefix, but rather as just a syllable that forms a part of the word.

4
What does "kick him off his peg" mean?
0
What does "zingo" mean?
10
What exactly does "sweep me off my feet" mean? (And why?)
5
What does adiamorphic mean?
3
What does "glue lifters" mean?
1
What does 'authograph' mean?
0
What semantic notions underlie 'offset' and 'counterbalance'?
4
What does psychogrammatic mean?