The opposite of monolithic is of course polylithic.

The types of megalithic structures can be divided into two categories, the “Polylithic type” and the “Monolithic type”.

Insofar as it can be applied to software design and architecture, one can see how it refers to something with many interchangeable pieces, not one giant program. The Unix philosophy encourages polylithic design, because it encourages small tools that each do one thing well but can be combined in many ways. Eric Raymond summarizes these in part as:

There are other principles, but those are the most important ones. The polylithic design of Unix is what makes the command line (and shell scripts) so powerful, as Neal Stephenson so eloquently describes in his persuasive essay “In the Beginning . . . Was the Command Line”.

These principles of polylithic architecture can also be applied to object-oriented design, when you have a variety of coöperating, communicating classes that can be multiply combined in useful ways. One site describes this as:

Generally, a polylithic design is given when a [piece of] software provides a high count of different classes. Each class provides only a small amount of functionality. These separated classes are consolidated through several programming techniques like inheritance or generic concepts.

A lot of separation allow developers to change or manipulate existing functionality selectively. Furthermore, a high abstraction of objects forces developer to implement well thought out components which may also work correctly when other components have changed. Typically, this results in a clear, flexible, and elaborate architecture. Furthermore, the code of single classes is less complex.

Instead of having merely a superclass above you in the inheritance graph, you also have a “next” class to the right of you, something more like a sibling or cousin class than a parent class. This often works better for these fancy polylithic class designs than can be achieved under the limitations of the old subclass–superclass setup. That’s because the interchangeability aspect is enhanced, so that you don’t have to go around deriving n2 new classes just because you have n classes you want to interoperate with n other classes, and when you are limited to them interacting through a parent–child relationship instead of sibling (or cousin or uncle–nephew, etc.) relationship.

I've heard this described as a "modular architecture."

Go with "composite architecture," which includes multy-layer and multi-material configurations. 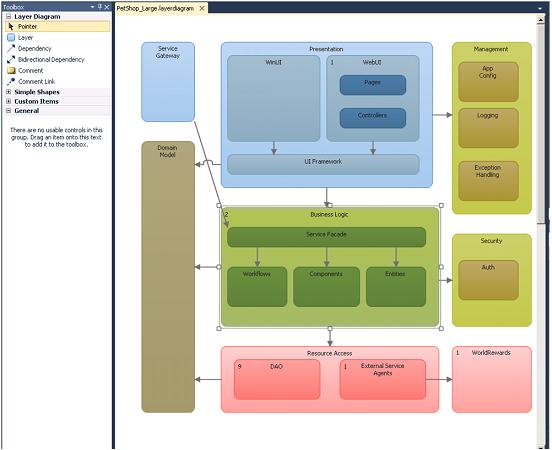 Software architects will refer to the presentation layer of an architecture; this will minimize the users' interactions with the business layer.

The Java-based Spring framework has built-in components for security and database, for instance. 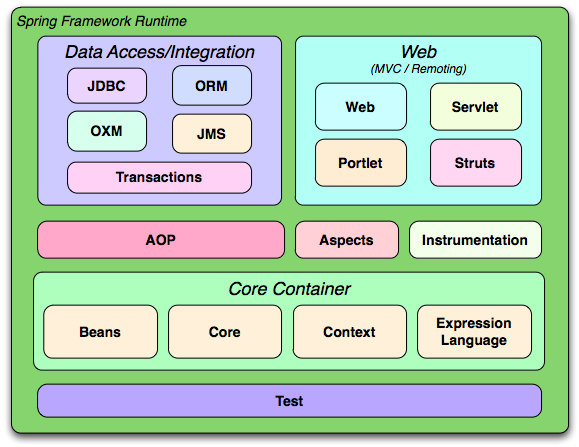 You could call this a Spring framework architecture.

Both frameworks and layers stand in contrast to monolithic programming. Both of them have colorful, little rectangles grouped into bigger rectangles, housed by the biggest rectangle.

In contrast, monolithic architecture would be one, big, gray rectangle.

Not the answer you're looking for? Browse other questions tagged word-choice single-word-requests antonyms or ask your own question.