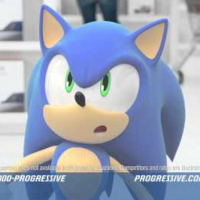 "You should have called yourself Phonics The Hedgehog. That would have been something. As it is, you're way too Sega for this room." - Robusto

"'God help us!' said Holmes, after a long silence. 'Why does Fate play such tricks with poor helpless worms? I never heard of such a case as this that I do not think of Baxter's words, and say: "There, but for the grace of God, goes Sherlock Holmes."'

“Good old Watson! You are the one fixed point in a changing age. There's an east wind coming all the same, such a wind as never blew on England yet. It will be cold and bitter, Watson, and a good many of us may wither before its blast. But it's God's own wind none the less, and a cleaner, better, stronger land will lie in the sunshine when the storm has cleared."'

"My dear D'Artagnan, you do not make me angry, you make me sad; it is cruel, in fact, to see a man of your deserts out of the position his services ought to have acquired; it appears to me, my dear friend, that your name is as radiant as the greatest names in war and diplomacy. Tell me if the Luynes, the Ballegardes, and the Bassompierres have merited, as we have, fortunes and honors? You are right, my friend, a hundred times right." - Comte de la Fère