Is the term "go-to-hell hat" in common usage?

I am a fan of hats and own a number of them. One of my collection is what is commonly called a "flat cap," though it has many names. Seeing me wearing it one day, my father told me that his father always used to call this style of hat a "go-to-hell hat."

I didn't know whether this was idiosyncratic or a common term but I didn't think much of it until I wore it to work one day. A coworker commented on the hat and I mentioned my grandfather's appellation and he, rather surprised, claimed that his grandfather had used the same term. Given that my grandfather lived in western Kansas his whole life, and his grandfather (as far as I know) lived in central Missouri, and neither knew the other, I feel like it would be a staggering coincidence if both men came up with the same odd name.

So, is the term "go-to-hell hat" in common usage? Is it specific to the Midwest?

I've never come across "go-to-hell hat" before, but it sounds dated and "rustic American" to me.

I doubt there's a particularly strong connection between this "adjectival" use of "go-to-hell", and "hats" in particular. Glancing through some of 5450 instances of "a go to hell" in Google Books (almost all describing some aggressively outrageous/extravagant object or attitude), I don't see a preponderance of "hats".

A more modern (if coarser) equivalent would probably be a fuck-off hat.

EDIT: I looked again, and it seems there is a strong association with "hat"... 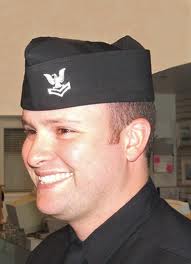 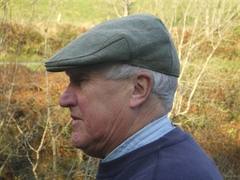 Not the answer you're looking for? Browse other questions tagged etymology expressions vocabulary or ask your own question.