Word for the sound made while vomiting

Which word can I use to describe the sound somebody makes while vomiting? Is burp the right word for it?

I would say that the sound made by vomiting is retching. I've also seen retching noises or the sound of retching used in print to specify the sound instead of the action.

Mirriam-Webster online give this definition:

I was having a great time until I heard the sound of retching and saw that my neighbor had just vomited on my new rug. I'm sending him the cleaning bill.

Blech or blarg(h), with extra Hs for extra effect. 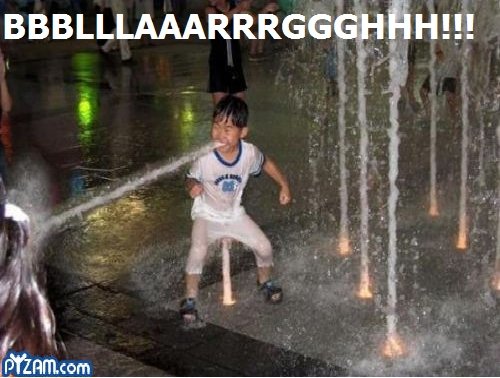 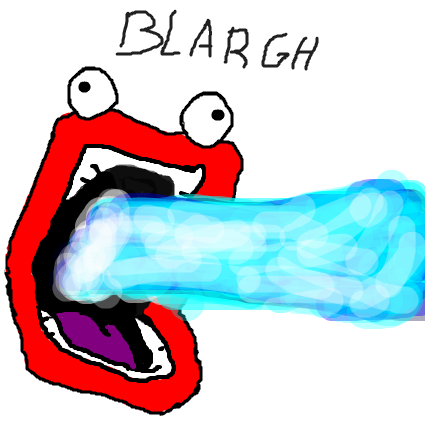 Here are some 147 terms for ‘to vomit’. Interestingly, it says 57 of these, i.e. approximately 38%, come from or are primarily used in Australia.

Here are dozens more, but focussing on the sound itself, I think the most onomatopoeic one is...

Another high-scorer on the "onomatopoeic scale" is hurling [over the toilet bowl].

GACK maybe? And yea, it's totally got to be in all caps. INTERJECTIONS RULE!

I don't know if boke counts as English (it's Scots) -- but it's a great word. Burp is not the right word at all -- it's a completely different function of the body.

Puke, barf and ralph are used in certain regions. They all mean "vomit" (the verb, not the sound) but are so onomatopoeic that to my mind they apply to the sound as well.

The etymology of this verb is as follows:

Sploosh: the sound as it hits the ground and just trickles everywhere.

Also bleagh. You know the sound you hear before your carpet is ruined.

user58732user58732
1
Add a comment  |
Highly active question. Earn 10 reputation (not counting the association bonus) in order to answer this question. The reputation requirement helps protect this question from spam and non-answer activity.