Plural forms which end in -x such as tableaux

Words borrowed from French and ending in -eau originally had plural forms which appended an -x rather than an -s. For e.g., the plurals of tableau, beau, and plateau were tableaux, beaux, and plateaux respectively. While the use of plateaux and beaux has petered out in favour of plateaus and beaus, tableaux has not.

Most of those are far too rare to be considered anything other than unassimilated, but of those that aren’t, the Ngrams do not bear out the OP’s assertion that the -x forms have fallen by the wayside. In fact, only the very oldest ones have been superseded by -s forms.

That one is interesting because it is one of the few that shows a distinct difference depending on whether the “British” or “American” corpus has been selected. 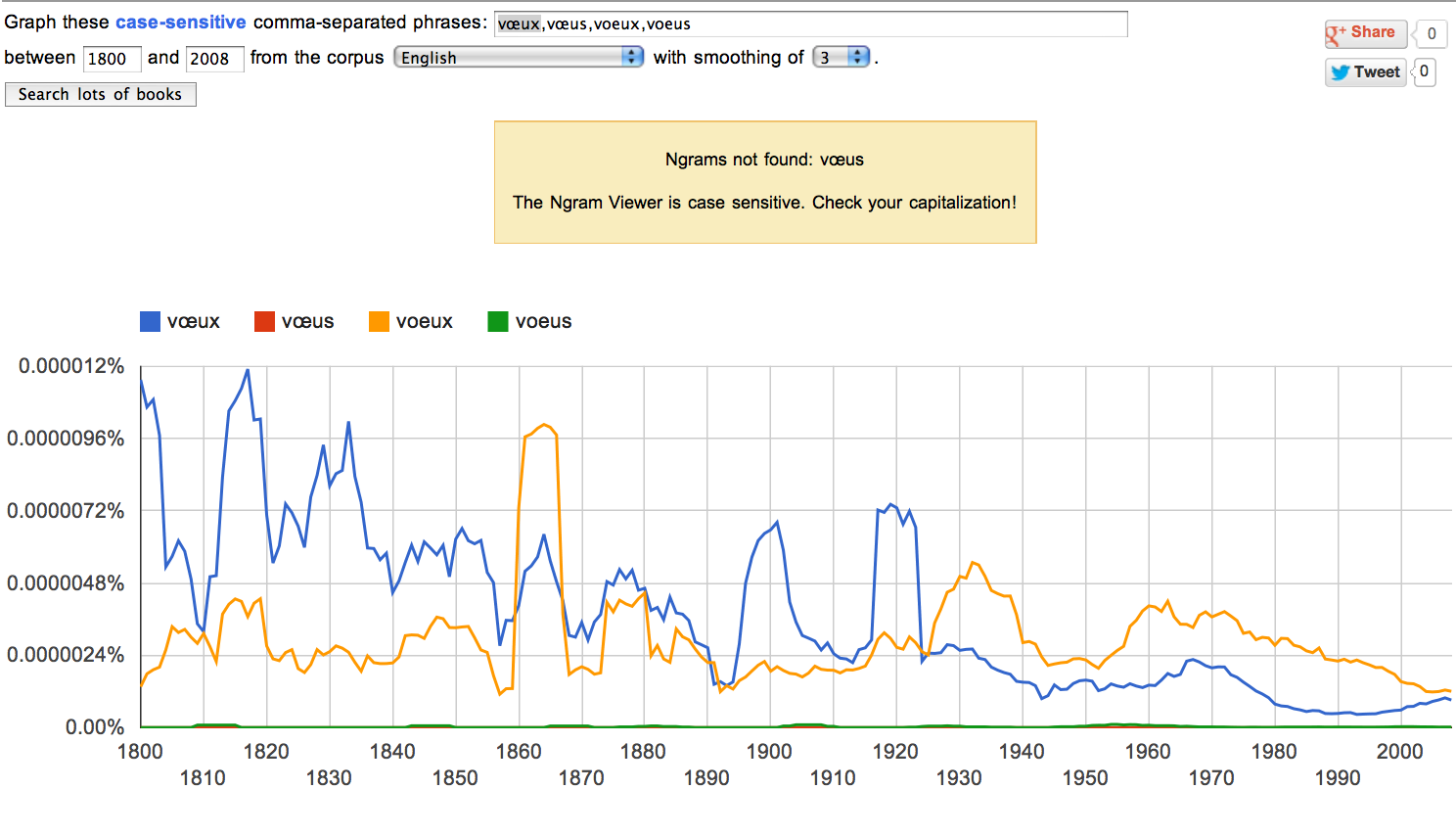 Only the French loanwords that have been around longest, and used the most, have lost their irregular inflection. Indeed, one of the very oldest, chapeau is even unattested in the chapeaux form.

On the other hand, words that require special treatment, like châteaux or nouveaux arrivés, can be expected to retain their imported forms longer. It may also be that people who know to use the import as an import, also know to import its irregularity: notice how vœux, voeux, and voues all occur, but never vœus. In the same way, there are no instances of châteaus, since if they know enough to hat the a, they surely know enough to -x the plural.

In other -x neux, American crossworders may be familiar with EAUX ("Vichy waters?"), but that's definitely a French word, not an English one. Flambeaux is borderline. Beaux appears as an adjective in Beaux-Arts, but that's a borrowed French phrase.

Basically, the "Frenchier" the word, the more likely I'd be to consider it pluralized in -x. For example, I would consider ski chateaux to be humorously pretentious*, but chapeaus to be a solecism. (If you're going to go that far out of your way to use a French word in place of hats, you should spell the French word correctly.)

* FWIW, Google disagrees with my personal intuition about "ski chateaus"; neither phrase is common, but "ski chateaux" is more prevalent in that tiny sample.

In all of these cases, I would expect an American-English speaker to pronounce the final -x as /-z/, regardless of its French pronunciation. See also this Wikipedia talk page.

Not the answer you're looking for? Browse other questions tagged grammatical-number pronunciation pronunciation-vs-spelling or ask your own question.