I'm looking for a word for the thingy that's in the blue circle - ideally something not too complicated for a 3-year-old buddy. :) 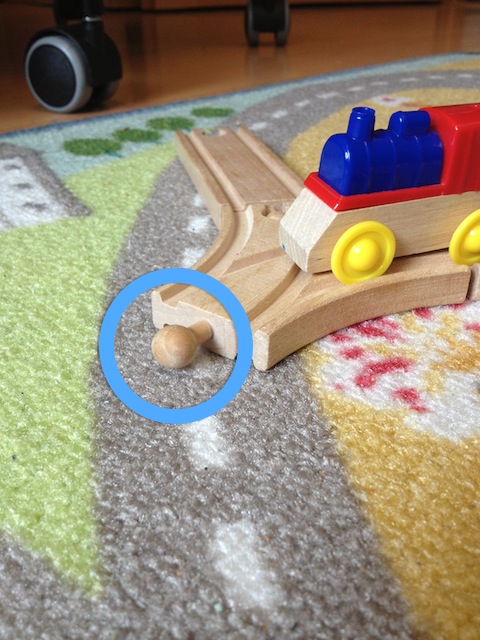 I like the word connector. It's generic enough that it would work for the ball or the socket, and also for the male and female ends of the other track pieces.

I don't think connector is too advanced for a 3-year-old. A connector connects two things together. If the child doesn't already know its meaning, it's an age-appropriate vocab word.

I might wait awhile, though, before using male and female to describe the other joints.

This is known as a "ball joint". They're often seen in puppets, armatures, and other toys, as well as in the human body.

Edit: Just saw the updated question. tchrist's suggestion of knob works great, and in describing how it works, you can simply say it plugs in or connects another piece. Although I think there's nothing wrong with exposing a 3-year-old kid to "advanced" terminology like joint. 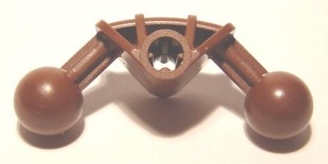 Edit #2: Jon Hanna made a good point in the comments below. Upon closer inspection, it may be more accurate to describe the track as using a "pivot joint" (#5 in the picture below). I mistakenly assumed that the ball would plug into the next section of track rather than lay in the cut out groove. 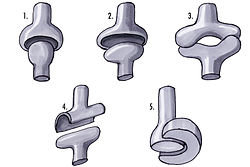 I won't be miffed if another answer is now accepted instead as I think they're both excellent alternatives!

1
Meaning of “My high kicks are not done in a line!”

7
Is there a word for a class of circular shapes?
18
An Exocentric compound for Children
0
A positive word for self-doubt in a dubious belief system
1
What do you call a unit of information?
7
What's a word for the ability to discern another's mental state?
1
Word for “motion in slowly expanding” circles?
0
Single word for a plant's fruit/vegetable?
0
Word for to organize, to make clearer the structure of
3
Single word for for “beyond their years”