What is the origin of the expression "his/her face is a map of the world"? Bonus points to a literary origin (as in, the first written usage of the phrase in the English language).

The phrase is found in two popular modern songs:

This poster on askville claims her grandmother already used it "50 years ago": http://askville.amazon.com/expression-face-map-world/AnswerViewer.do?requestId=743266

It means their face is old, wrinkly or weathered, or that the marks on their face can be related to the contours and marks of a map. It can be negative (saying they're ugly) or complimentary (saying they're experienced). It's not a particularly common phrase, but the sentiment isn't unusual.

Published in Bentley's Miscellany in 1840 is this from Greenwich and Greenwich Men by J. Hamilton Reynolds:

To what reflections do not the passing of these stunted, distorted, crinkley-faced battered, shattered, homely wrecks of valour and patriotism in cartridge - not Bath-nove - lead! One man leans, with a face like a map of the world he has sailed round, beneath a huge granite gateway - and he is not all before you! No; - one eye parted company at the Nile, at the night hour when the Orient exploded in the eyes of the shore-bordering Egyptians,- a leg had previously been tossed to a shark that hungered in the troubled and bloody waves which rolled from the Baltic around the "leviathans of the deep," close to the walls of Copenhagen! 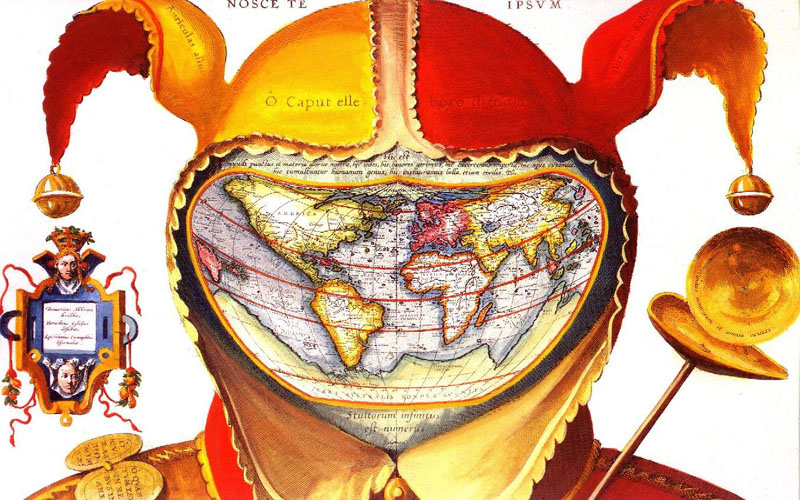