Word for getting service from friends/family unofficially

In Russian, the term "sv'ázi" ("связи") is used to describe something like business connections but it is not that exactly. "Sv'ázi" usually does not refer to friends made through business, but it normally refers to someone you know who could provide you with a service in an unofficial capacity. Russian phrase sounds like "Someone has sv'ázi somewhere" and means that he or she has friends or relatives working in mentioned organization and they could help to achieve an extra or better service from this firm or state organization like getting something without waiting a common queue or simply more quickly, cheaper, getting a job and so on. So knowing them is not a consequence of your business, but because you know them, you can get something done.

Is there an English word or idiom that captures this idea of having friends or family in an organization to help turning interaction with this organization more easy and effective than in official common way?

I think "connections" is the best term for it, though saying someone has "good connections" doesn't distinguish whether these are business connections or friends and family who can provide unofficial help.

I know that in German this is called "Vitamin B". www.dict.cc then offers the following translations into English:

From 'The Guardian' newspaper commenting on Russian businessmen.

The Russian word of the trial. Literally, it means "roof". But it carries a kaleidoscope of other associations: an arrangement; lobbying; political services; icebreaking; physical protection from murder by Chechen terrorists and bandits; fixing; and a long-term relationship with more or less regular payments. Abramovich's case is that he hired Berezovsky to give him krysha. It was Berezovsky krysha with Boris Yeltsin that allowed Abramovich's Sibneft to win a rigged auction in 1995 for an oil company and refinery. It was this that catapulted both men from successful multi-millionaires into the billionaire league.

The word krysha also features in the WikiLeaks documents released in 2010. In a cable describing corruption in Moscow, US diplomats note that Russia's FSB spy agency – former boss Vladimir Putin – offers the best krysha of all, extending its protective arm to Moscow's biggest mafia gang.

Nepotism is favoritism granted to relatives regardless of merit.

Sometimes people will say something cannot be bought for 'love nor money'.

Not for love or/nor money ( not by any means ):

Use:- You can't get that book for love or money; it's completely sold out.

"help from friends or family"?

You can ask a favour.

Often on detective programs, the detective has to call in favours in order to get his job done.

This is a newspaper headline:

NoW journalist was urged to call in favours from Yard boss

NoW stands for 'News of the World', it is the name of a newspaper.

One related phrase that is often used in Britain is mates' rates, referring to a discounted price for friends/family.

the practice of giving jobs and other advantages to friends, especially in politics

In American English, this generally has a pejorative implication.

SUPPLEMENT: In informal term used in American English is juice

(North American informal) influence or power, especially in a political or business context: Lucchese was involved in the case and he had a certain amount of juice around the city

The idea of making friends who can benefit your business or career is often called "networking".

I'm not exactly sure…

of the nature of… "this business"…

but it sounds clandestine. 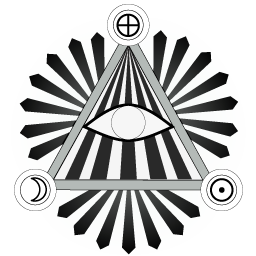 5
Word to describe one who loves friends more than family
1
Word(s) for close family friends
13
Single word for “product or service”
3
what is the word for person who always helps family but never helps friends?
1
Phrase for spending time away from your family or home doing something with friends
2
What is the word for a benefit of a condition?
4
Term for someone who does more for strangers than family for friends
2
Is there a word that means to like part of something, but not the whole?