Use of American-Indian "How" in British English

These are excerpts from Le Carré's Tinker, Tailor, Soldier, Spy:

Jerry Westerby screwed up his face in perplexity. 'That's what the boy wanted to tell me, you see, George. That's what he was trying to put over in Stan's bar. What all the rumours were about. The Russians moved in on Friday. They didn't shoot Hajek till Saturday. So the wise lads were saying: there you are, Russians were waiting for Hajek to turn up. Knew he was coming. Knew the lot. Lay in wait. Bad story, you see. Bad for our reputation, see what I mean? Bad for big chief. Bad for tribe. How.'

'How,' said Smiley, into his beer.

'Any time,' said Westerby again. 'Sorry, you know. Love to Ann.' He hesitated.

'Toby had some story about her. I told him to stuff it up his shirt front. Nothing to it, is there?'

'I knew there wasn't,' said Jerry, very pleased, and lifting his finger to denote the feather, padded off into his own reserves.

So, how does one interpret all this how-how-ing? What's the difference between an echoed how and one which is not? Is it a peculiarity of the English public school system? If so, is it still in vogue today?

I'm not sure I understand your question, but I believe the speakers are using this Native American word. From the Wikipedia article on the Lakota language:

"Hau kola", literally, "Hello, friend," is the most common greeting, and was transformed into the generic motion picture American Indian "How!", just as the traditional feathered headdress of the Teton was "given" to all movie Indians. As "hau" is the only word in Lakota which contains a diphthong, /au/, it may be a loanword from a non-Siouan language.

Your first instance gives it away:

Bad for big chief. Bad for tribe. How

The character is imitating the stereotype of Native American speech. How is recorded as being a greeting adopted from the Sioux, or perhaps Omaha.

See this dictionary entry for reference.

There isn't any deeper meaning or usage as far as I know. While it is indeed humourous and schoolboyish, nowadays it is not very common.

A sidenote from a literary standpoint: Westerby is the only character to use such schoolboyish speech, and is referred to as The Honourable Schoolboy. This usage of language thus helps to establish his character.

You have to wonder why a couple of private-school educated Englishmen, in Tinker Tailor Soldier Spy (1974), would use the Native Americans greeting “How”. A question which nobody seems to have tackled.

There used to be a very popular children's British TV programme that was called How. It ran from 1966 to 1981, and was presented by three men and a woman who would explain how things worked, and how something that seemed impossible, e.g. "How can 5 and 3 make 4?" in reality wasn't.

One of the most memorable things about the programme, which I recall as a child, was its theme song; it mimicked the Native American music —very rhythmical— by chanting the word How. When the opening credits ended, the TV camera would show the presenters in studio with their hands raised, their palm facing the camera, greeting the viewers with ‘How’. 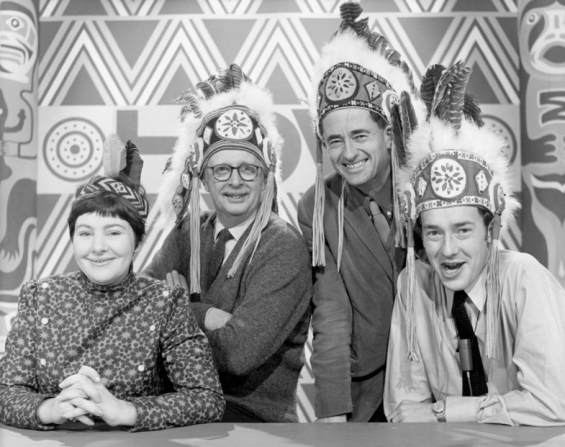 The song was catchy, (and back then adults would watch TV programmes with their young children more than they do today) Native Americans were known as red Indians, and it was all the rage for British school children, but especially boys, to say to each other ‘How’. In the UK, westerns, and John Wayne/Ford movies were still hugely popular in the 1950s-1960s, and I'm certain the author John Le Carré was no stranger to this widespread phenomena, as neither were his readers.

Not the answer you're looking for? Browse other questions tagged british-english speech metaphors books or ask your own question.