What were the British equivalents of Webster's dictionary and the Simplified Spelling Board that standardized spelling and usage?

I am familiar with questions about when to double 'l' and differences between British and American spellings. However, I stumbled across this image. 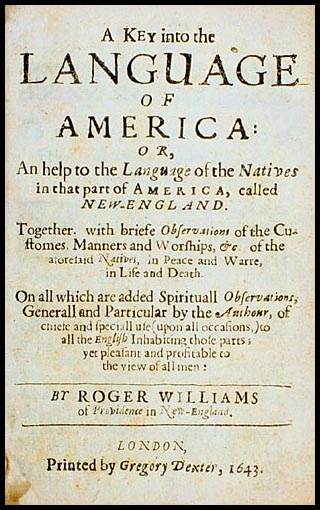 As you can see, several words end in the double 'l': spirituall, generall and speciall. From what I gather, much of English wasn't standardized until the 19th century.

Q: Was there an equivalent to Noah Webster's dictionary and the (U.S.) Simplified Spelling Board for British English that would've affected these spellings (and others)?

On a sidenote, the -all ending seems to occur with some consistency from the 16th to 18th centuries. Was there a particular rule for this usage or was it "just how things were done"?

I believe that the assumption behind this question is not quite right. You say,

much of English wasn't standardized until the 19th century.

but from my own research, it seems that the standardization of English spelling largely took place in the course of the 17th and 18th centuries, and was more or less complete in Britain by the mid-to-late 18th century. Webster's spelling reform was thus a revision of the already-existing standard, not a new standardization applied to a language with systemless and chaotic spelling.

A couple of authorities:

Suzanne Kemmer, The History of English:

By the time of Johnson's dictionary [1755], the spelling system in place was recognizably that of current Modern English, with only a few orthographic peculiarities such as the spelling of show as shew and the use of the "long S" character. Probably the typefaces in use at the time give more appearance of difference with modern texts than any of the remaining spelling differences between 18th century English and contemporary British English.

The political independence of the United States in the 1770s led to a push towards identifying distinguishing cultural factors. Language was an obvious way of distinguishing Americans from Britons, since a recognizable set of American pronunciation features had already developed. However, instead of using pronunciation differences to try to develop a separate written standard, Noah Webster wrote a dictionary containing some regional, American-dialect based definitions to set it apart, and also introduced into his dictionary and other writings a set of spellings that put a distinctive stamp on American orthography without changing it too much for mutual intelligibility. In other words, most of the spelling conventions that had solidified in the British standard written form by the early 19th century were maintained by Webster, but he added a few systematic differences: Using -ize instead of -ise for verbs derived from Greek verbs in -izein; eliminating u in the suffix -our (thus moving it away from the French-derived spelling of Middle English to a spelling somewhat more in line with pronunciation on both sides of the Atlantic), the replacement of -re in French loans by -er (centre/center, theatre/theater) and a few other simplications.

[Joseph] Addison's spelling [in a 1711 piece on Italian Opera] is almost identical with ours. There are minor differences in punctuation and the use of capital letters, but essentially the system of orthography is the one we use now. ... A powerful force for standardization was the introduction of printing, and by the middle of the sixteenth century, although there was still no standard system, there were quite a number of widely accepted conventions. By the end of the Early Modern period [i.e. by 1700 or so], spelling had become standardized in printed books, though there was still considerablel variation in people's private writings....

The standardization of spelling was just one aspect of a more general attempt to regulate the language ... between about 1650 and 1760 there was quite a strong movement in favour of the establishment of an English academy, on the lines of the Académie française....

Proposals for an academy came to nothing, but the seventeenth century saw the publication of the first grammars and dictionaries of English. The eighteenth centruy brought the first really comprehensive dictionaries of Eglish, and an enormous number of English grammars, especially in the second half of the century. Whatever the authors of these works may have intended, the dictionaries and grammars were seized on as authorities: they were commonly regarded, not as records of usage, but as prescriptions for correct usage.

In deference to FumbleFingers's authority as a British citizen, I won't outright disagree (and I've given +1 for a great response). However, my Google-fu paints a somewhat different picture.

It was precisely due to the existence of various British dialects and rising literacy in the English Renaissance that language needed to be standardized. Up until Johnson's A Dictionary of the English Language in 1755 there had been no "front-runner". However, despite its flaws and critics, this work did become "The Dictionary" and it appears that most educated households would've had access to it. Over 100 years passed until it was succeeded by the Oxford English Dictionary. Like Webster's dictionary, there appears to be at least a "passive" prescriptivism in the OED (it is certainly often cited with reverence in ELU hehe).

I found the "double 'l' rule" in Richard Mulcaster's Elementarie published in 1582.

L, is still of one force in it self, as laudable, willing. Howbeit in respect of a, and o, going before it, and sounding like diphthongs it is dubled in the end of such words, as small, call, brall, boll, roll, troll. But when anie other consonant followeth l, the a and o sound still like diphthongs, and yet the l, is but single, as in falst, falt, malt, halt, cold, old, colt, dolt, rolf, bold, bolt. Hereupon, all, in composition before a naturall consonant, hath but a single l, as albeit, also, almost, otherwise a duble, as president of these two, all, and oll, maie not induce the dubling of all other terminations in l, as well, bell, shrill, still, full, scull, which dubling of the last ll, semeth most agreable both to reason and vse, where the vowells sound hard vpon the l, as it doth in these. But if the vowell sit not so hard, as in diphthongs, where the length of the vowells sound breaketh the force, that should light vpon the l, as in mail, fail, hail, recoil, foil, and such as, diuel, euil, riuel, why should the l, be dubled? It is the swiftnesse of the pen sure, which can hardlie staie vpon the single ending l, that causeth this dubling.

A Dictionary of the English Language favors spelling with a single 'l', for instance:

When exactly the spelling with two 'l's fell out of favor is still unclear to me, but I'll chalk it up to the evolution of language.

I think it's important to bear in mind that in mid-C19 the US population was about a third less than Britain's - spread across an area maybe 50 times larger.

This implies far more small communities potentially at risk of "linguistic isolation", particularly when you consider the higher proportion of "non-native speakers of English" in America.

Also, I believe that even today, linguists recognise more "dialects/regional variations" in Britain than in the US. I attribute this to the fact that Americans, because of that historical context, were always more motivated to standardise their diction.

Just as the business world leapt on IBM's PC a few decades ago because they desperately needed standardisation, Americans leapt on Webster. As I've said before, every "little house on the prairie" would be likely to have at least a Bible - and a copy of Webster's once it was available/affordable.

In short, there is no "British equivalent" to Webster's - partly because we didn't need one so much, and partly because no credible "front-runner" ever stood out from the crowd to become a standard.

Not the answer you're looking for? Browse other questions tagged british-english orthography dictionaries consonants or ask your own question.

64
When is "L" doubled?
14
Has elision revised the standard spelling of any words in the past century?

36
What is the difference between "English" and "British"?
39
How and when did American spelling supersede British spelling in the US?
0
What does the term 'grocer' mean in this song? (British usage)
8
What is the reason that American English and British English use "Post" and "Mail" with different frequencies?
0
What is the correct spelling for "These are known as the three “V’s”: veracity, voraciousness and vivacity."
1
What do you call the phenomenon where you suddenly feel that a word's spelling is wrong?
2
"Sit in the back." vs "Sit at the back." - differences between American and British usage
3
Why in British spelling do verbs ending in a vowel plus l double the l when adding endings that begin with a vowel?
0
What is the past simple and past participle of spit? Each online dictionary has different form
5
Publick or Public? in the 18th and 19th Century Britain