Does the Oakland Athletics logo misuse the apostrophe?

For years I have thought the Oakland Athletics baseball team has misused the apostrophe. I've always thought the "A" is an abbreviation for "Athletic" and the "s" makes "Athletic" plural. Is my thinking correct?

If not, why is "A's" an acceptable shortening of "Athletics"?

The same is true with multiple versions of the Baltimore Orioles logo. 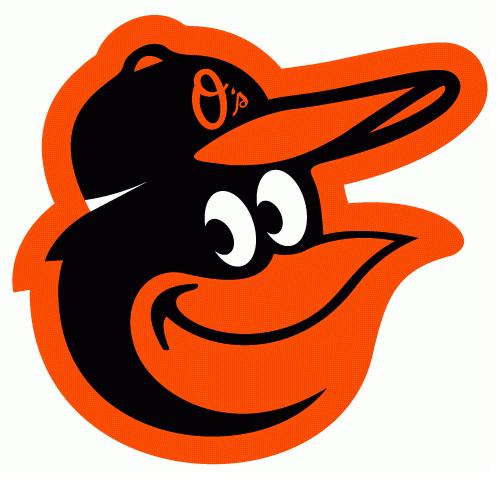 According to the MLA Handbook, section 2.2.7:

A principal function of the apostrophe is to indicate possession. The apostrophe is also used to form ... the plurals of the letters of the alphabet (p's and q's, three A's).

So, according to MLA at least, these logos have it right.

Apostrophes can be used to show omission of letters.

It can also be used to form plurals of lowercase letters.

Consider if, after abbreviating "Athletic(s)" to "A", you wanted to refer to the team in a sentence: The As won the game. One could easily misread the team name as the word "as", though that makes the sentence ungrammatical. The apostrophe clears up the ambiguity and prevents such hang-ups while reading.

On a side note: the abbreviation is usually paired with a definite article: Will the A's move to San Jose?

The earlier answerers are certainly correct in saying that "A's" is properly punctuated with an apostrophe. One of the answers, however, focuses on the general question of how to treat the plural of a single letter (in this case, A); and the other suggests that the "A's" in "Oakland A's" is an abbreviation. In my view, "A's" is more properly viewed as a contraction of "Athletics"—not that the distinction alters the bottom line that "A's" should have an apostrophe.

The "A" cap logo carried over through the first five years or so of the Kansas City Athletics, as these images indicate. Around 1960, the Athletics changed their cap logo to the overlaid KC that the team retained until it left for Oakland at the end of 1967.

In Oakland, the cap logo reverted to "A," as these photos from 1969 show. The still-current "A's" cap logo seems to have originated in 1970.

On a final language-related note, I've read that Charlie Finley (the owner of the Athletics during their last years in in Kansas City and early years in Oakland) was responsible for the push in the early 1970s to call the team "the A's" rather than "the Athletics"—an effort that he promoted quite effectively by ordering his TV and radio broadcasters never to say "Athletics." Supposedly, Finley objected to calling his team "the Athletics" because "There's no such thing as an athletic!"

It seems likely that Finley misunderstood the nature of his team's name. In Pamela A. Bakker, Eyes on the Sporting Scene, 1870–1930: Will and June Rankin, New York's Sportswriting Brothers (2013), the authors point out that two Philadelphia sports clubs played an early form of baseball by the year 1860:

During the boyhood of Will and June, it is unknown if they were exposed to ball games like round town ball, Philadelphia town ball, or bandy wicket, all of which had been played in Pennsylvania before the Civil War. ... The New York Knickerbockers had been formed in September 1845, and a host of New York City, Brooklyn, Long Island, and New Jersey clubs joined suit from 1854 through 1857. Philadelphia's Olympic club had switched from townball and cricket to the New York style of baseball in 1859 and Philadelphia's Athletics club switched in April 1860[.]

This passage suggests that the name "Athletics" didn't signify a plural form of "Athletic," but referred to "Athletics" in the sense of athletic activities, as pursued by an athletics club.

In any event, Finley wanted the "A" in "A's" to stand for nothing but the letter A, which would bring us full circle to Jay's answer above, if Finley had succeeded in eradicating the name "Athletics"—which he didn't.

I applaud the rigour of this grammatical and historical analysis. But if indeed we treat the apostrophe as marking missing letters, then shouldn’t there also be an apostrophe in the name of the team that plays in Queens? The New York Met[ropolitan]s?

Not the answer you're looking for? Browse other questions tagged apostrophe or ask your own question.

41
What is the proper way to write the plural of a single letter? Or a word used as a word ('mention' usage)? (another apostrophe question)
10
Meaning of abbreviated vulgarity

1
Why does "raptor" not contain an apostrophe?
0
What's the correct use of apostrophe here?
5
Possessive nouns, the apostrophe, and no 'S'