Is the “an” rule applied when a sum of money is in between? [duplicate]

Possible Duplicate:
When should I use “a” vs “an”?

I have recently seen this image: 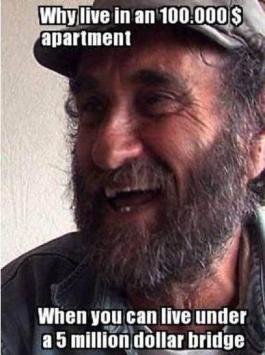 The /ə ~ ən/ rule, like the /ðə ~ ði/ rule, depends completely on the individual sound that follows. What word starts with this sound, or what its meaning or part of speech may be, does not matter at all.

The rules are very simple to state in their entirety:

Note that this has nothing to do with spelling, and only refers to pronunciation.

Yes, I would use "a" as the article. I don't think it depends on the fact that it's a number that follows, but what the first sound of it is. You would use "a" before "one" (or 1), as in "a one-hour nap." For a number such as eight that starts with a vowel sound, use "an."

Indeed, the wrong article is being used.

I wonder if the "an" was slipped in inadvertently because of the word "apartment" (i.e., "AN APARTMENT" became "AN 100,000$ APARTMENT," and the article wasn't changed like it should have been). That's just a theory, though, and I only mention it as an alternative to the other speculation in this discussion, such as the h in hundred and the o in one.

More significantly, though, the image has other errors. In addition to the wrong article being used, the dollar sign should go before the number, not after (it should be $100,000, not 100,000 $). Also, I think "five million dollar bridge" would be better than "5 million dollar bridge." (That one might just be personal preference as opposed to a true grammatical error, but the Purdue Online Writing Lab would back me up.)

Yes, 'a' should have been used here. Two rules that I would follow here:

Going by these, you do not have 'an' before one, because the pronunciation of 'one' doesn't being with a vowel sound.

While the use of an is generally limited to use before a word that begins with a vowel sound (regardless of the spelling), there is a notable, if not very common, exception.

Certain word that begin with an articulated "h" sound may take an as its preceding article:

These uses are not universal and not that frequent. I think they reflect an attempt at fluency where the "h" sound is only slightly emphasized and the consonance of an makes pronunciation easier.

Not the answer you're looking for? Browse other questions tagged phonology sandhi or ask your own question.

133
When should I use “a” vs “an”?
1
Shall I compare “thee” to “thuh”?
228
Do you use “a” or “an” before acronyms / initialisms?
25
What is the pronunciation of “the”?
3
Is a single-word sentence like “No” an independent clause? And semicolons
1
Reading of the article “an” preceding quotations