Per the Macmillan Dictionary, the movies refers specifically to "movies as a form of entertainment," or, secondarily, "the industry involved in making movies."

(In the British version of Macmillan, the movies refers to "the cinema or the film industry.")

In the early days of its use, moving pictures was commonly used in plural form to refer to a single film; for example, the OED has:

1897 Sketch 13 Oct. One guinea and half-a-guinea are being asked for stalls to see the moving pictures of the Corbett–Fitzsimmons fight at the Empress Theatre.

When movies were first produced, they were called the "Moving pictures" because up until then there were only "still" pictures. As languages change and idioms and slang are born, just as when one was able to buy loose cigarettes that were called "a loosy" or "loosies", the "moving pictures" became "the movies". Moving pictures later became Motion Pictures which today is still used in the industry, but not generally by the public. Thought it is grammatically correct to say "Let's go watch a motion picture," the expression did not catch on and, therefore, it just doesn't sound right. No short version was ever made out of that one.

Film refers more so to the media than the pictures themselves, thus, "watching a film" means that one will watch all that is on that one roll of pictures. For those of you who aren't old enough, before the digital era in which we live today, still picture cameras also had a roll of film instead of SD cards. We couldn't really look at the pictures from a roll of film that came out of a still camera, mainly because they were in "negative" form. The only machine one could use to look at "negatives" were the slide machines, which were projectors. Can you imagine having to use a projector in order to show your vacation or party pictures to family and friends? What a drag! They needed to be printed on paper in order to be easily and readily appreciated anywhere.

Then there also the Polaroid cameras, which took what was called Polaroid pictures. But that is another story, maybe for another day.

Drive-in theaters show more than one movie. There may be a short cartoon for the kiddies, movie #1, an intermission and then movie #2. 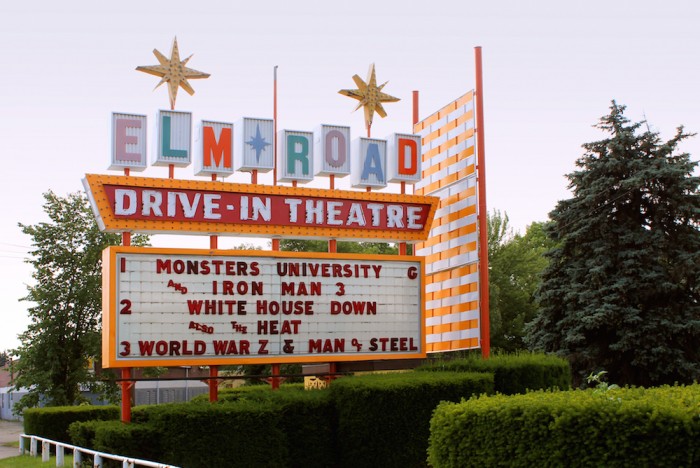 When you ask a general question about habitual behaviour (however frequent or infrequent that may be), you use the indefinite term "the movies" because you're asking about any movie. If you used "a movie" instead, you'd be asking about going to a particular movie, which doesn't make as much sense in conjunction with behaviour (unless maybe you're referring to a particularly long-running movie).

AnnAnn
1
4
Add a comment  |
Highly active question. Earn 10 reputation (not counting the association bonus) in order to answer this question. The reputation requirement helps protect this question from spam and non-answer activity.

Not the answer you're looking for? Browse other questions tagged grammar grammatical-number or ask your own question.

3
Pluralization: backward and backwards in context
3
Plural form of movie titles
6
Why "pay top dollar" and not "pay top dollars"
0
This is the first movie without excitement I've ever watched/I watched (I am not sure which is the accurate one)
1
Is "In movie and TV" correct?
0
Being a movie lover I like watching lots of movies vs Being a movie lover,I like watching lots of movies