Why is the word "oven" used to refer to a cremator in a concentration camp?

Crematorium article in Wikipedia does not contain the word "oven". It says:

A crematorium or crematory is a venue for the cremation of the dead. Modern crematoria contain at least one cremator (also known as a crematory, retort or cremation chamber), a purpose-built furnace.

So why do death camp cremators get in effect their own special word?

An oven is often defined as a heated enclosure used for the cooking of food. For example:

Cambridge
oven
the part of a cooker with a door, used to bake or roast food

There is a similar emphasis on food in other dictionaries. However, some of them add a more general meaning. Here is Collins:

Hence we find reference to industrial ovens, referring to heated enclosures for various purposes. Here are examples from one contemporary source:

The term industrial oven came into use about 1900 and its use has fluctuated since (with an interesting hint of twenty year cyclicity) as shown below. The term crematorium oven appears from about 1940 and with lower frequency.

From this perspective, "oven" is a generic term often applied to a heated box for cooking, but also including any use where material is to be heated in an enclosure for some other purpose.

From this viewpoint, the (industrial) use of oven in your example is consistent with the dehumanising attitudes and callous approaches to those cremations. Indeed, the sudden use of crematorium oven in the late 1940s may be associated with these preceding atrocities, that were perpetrated on industrial scales.

An example of this brutally pragmatic usage of oven is to be found in the post-war Nuremberg trials:

Nuremberg Trial Archives
Inside, are the ovens which gave the crematorium a maximum disposal capacity of about 400 bodies per 10-hour day.
The ovens, of extremely modern design and heated by coke, were made by a concern which customarily manufactures baking ovens. The firm’s name is clearly inscribed. 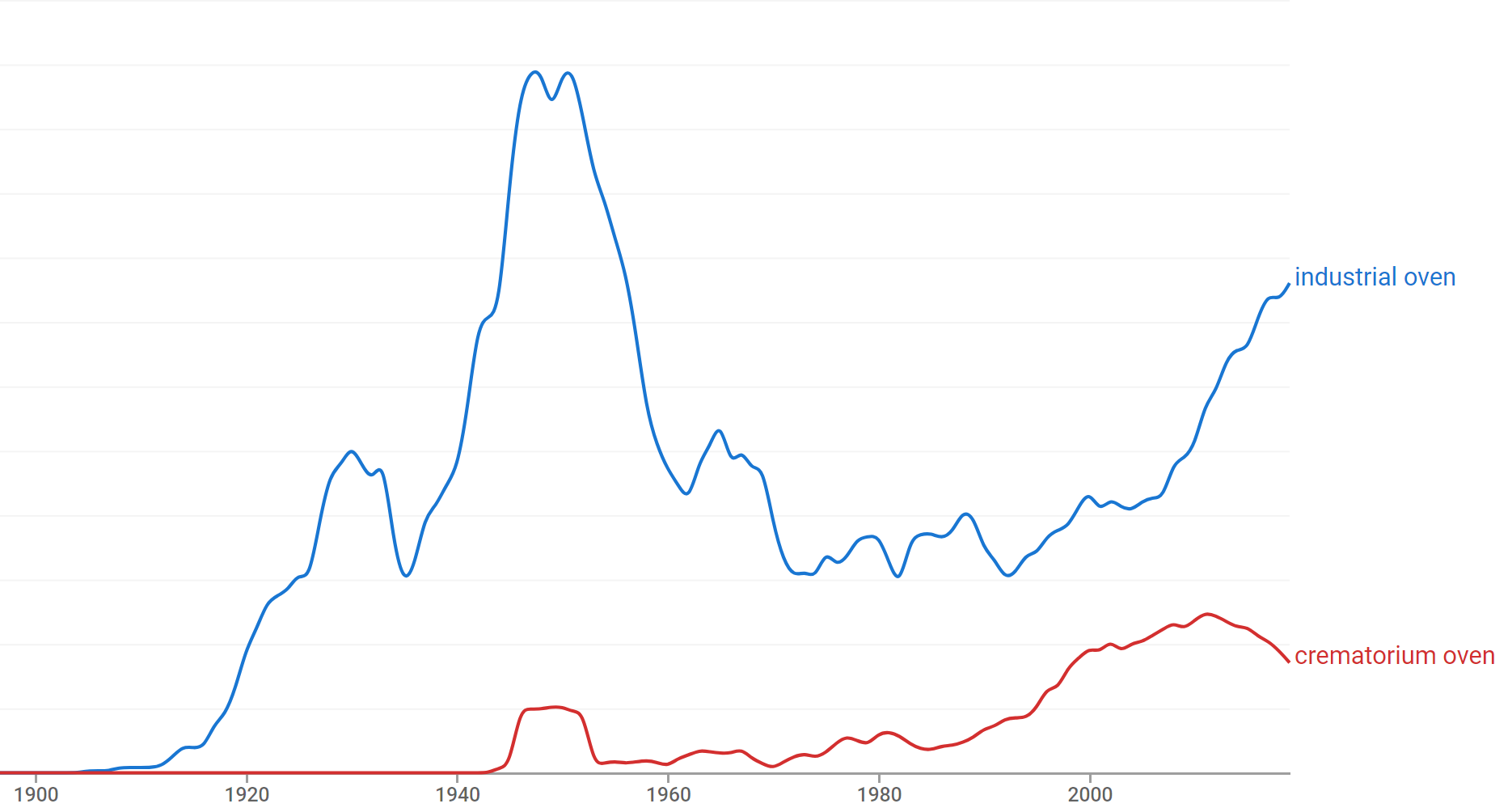 From the OED, oven:

1967 C. Potok Chosen xiii. 228 Where else [but Palestine] could the remnant of Jewry that had escaped Hitler's ovens go?

1988 C. Ozick Primo Levi's Suicide Note in Metaphor & Memory (1989) 43 One is stunned by this paroxysm of perfidy and hatred: it must be the Jews who put the Jews into the ovens.

An article about the German company that designed the German crematoria quotes their designer:

Before the war had even begun, SS officers had already looked into the idea of erecting large crematoria on site. In May 1939, Kurt Prüfer, Topf & Sons' chief engineer, presented his first design for a "mobile, oil-fired Topf & Sons cremation oven."

In German, the word would have been "Ofen", which explains its application to the crematoria of the Holocaust.

Why is the word "oven" used to refer to a cremator in a concentration camp?

Here is a comparison of the cremators in the concentration camps (left) and an early brick oven used for cooking/baking (right): 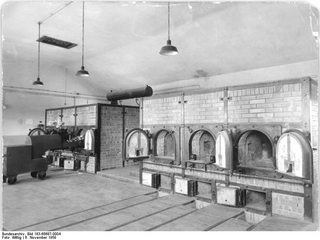 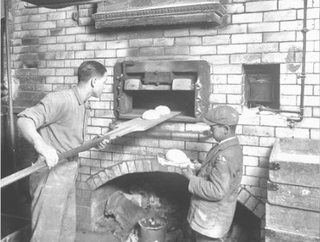 Here is a relevant excerpt I've found in the book The Origins of Nazi Genocide: From Euthanasia to the Final Solution (by Henry Friedlander) which includes a firsthand account of the experience in crematoria in the concentration camps:

The stokers placed the corpses on a metal pallet, which they pushed onto a clay grill in the crematorium oven, or, as one of them later described it, “on a pan ... as in a baking oven.”82 Although they usually cremated two to eight bodies at one time, far more time was required to burn the bodies than to kill the patients; the disposal of corpses proved technically far more difficult than the murder of people.

Here are two other sources with relevant references:
1. The Gas Chamber at Sonnenstein - deathcamps.org
2. Majdanek: Crematorium at Majdanek - jewishvirtuallibrary.org

The modern cremators don't resemble ovens used for cooking anymore; although, the term oven is still used in the cremation terminology. Here is the usage of the term oven and ovenist from a manufacturer of cremation furnaces (cremator):

Despite the automation of the process, there is always a crematorium employee present at a cremation. This operator is also called the “ovenist”.

Not the answer you're looking for? Browse other questions tagged etymology terminology connotation or ask your own question.