What is the difference between “options” and “settings”? [closed]

Ask Question
Asked 8 years ago
Active 8 years ago
Viewed 12k times
14
Closed. This question is off-topic. It is not currently accepting answers.

It is quite easy to separate preferences, and configuration, but options, and settings have much similar meaning; So similar,in fact, that I can't pick one over another.

Could you please describe the meaning of these two words? What is it common between them, and what is it different?

I have removed "software UI" from the title, as it seems to lead answers off topic. I'm genuinely interested in subtle difference in meaning of named words.

Options refers to things you may choose;you may select one over another. So, the options you chose are "preferences".

Settings mostly implies the "context" that the options you chose are in and is more like configuration. E.g;

I believe you're over-thinking this, and you're prompting your users to do the same. To illustrate my point, consider the mess that Microsoft puts in Visual Studio. 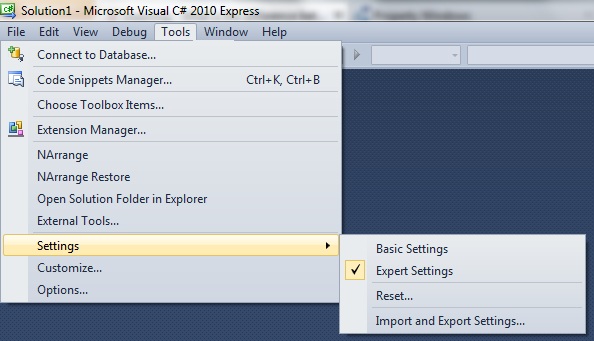 For those who may not know, Visual Studio is the software used to create software for Windows. It is a very complicated application by necessity, but one would think it would be the exemplar of what Windows software should be. It should not violate Microsoft's own advice to developers, i.e.,

That said, I submit that a consensus has formed that in the Windows ecosystem, user options/preferences/settings are options, and in the Apple ecosystem, they are preferences. Cf.

Preferences are user-defined settings that your app remembers from session to session. Users expect to be able to customize the appearance and behavior of your app in preferences. For example, in Finder preferences, users can customize the contents of Finder windows and the behavior of File > New Finder Window, among other things.

The bottom line here: Think of your user, just as all writers must think of their wished-for world of readers. I don't care if you call the particular thing a setting, a preference, an option, or a dooblegunk. Just be consistent. Don't make me remember that my color things are dooblegunks and toolbar button things are gobblebuddies. If it's a display color, a filter, the order of my toolbar buttons, whether the application remembers its window position, where it stores its files, whether it starts with my computer, or any other thing that relates your application to me, my computer, and how I use it, just give one name to whatever you decide to call such things, and give me one interface (or at least a set of closely-grouped, similarly- and descriptively-named interfaces) to access them.

Some will read this answer and the underlying question as being off-topic. I challenge them, before they vote to close it, to explain that this is not among the severest of challenges that any writer faces, that is, to explain that this discussion does not crystallize to, "You have one place to say, 'If you want to change how this piece of software displays its information and operations to you, there is a place to do it, and it is right here. Oh, and by the by, you get one word and one quarter-inch picture to communicate that thought to a world of readers.'"

When it comes to software? I'd say something like this.