Is there a word that refers specifically to lizard-skinned winged quadrupeds that breathe fire? [closed]

Ask Question
Asked 22 days ago
Modified 21 days ago
Viewed 2k times
4
Closed. This question is off-topic. It is not currently accepting answers.

Questions on choosing an ideal word or phrase must include information on how it will be used in order to be answered. For help writing a good word or phrase request, see: About single word requests

The word 'dragon' is usually used to refer to the sort of animal I wish to describe, but throughout the relevant work I have been creating I have used this word in another sense, namely to refer to serpentine mammavian fish that float in the air. I have already published some stories that use 'dragon' in this sense and I wish to maintain consistency, so I cannot change this. It is not feasible for me to use the same word for both creatures. I would like to know if there is some other word for me to refer to a winged fiery lizard

In addition to other answers here, Merriam Webster offers the word Firedrake

Merriam Webster Definition of firedrake:
a fire-breathing dragon especially in Germanic mythology
First Known Use of firedrake
before the 12th century, in the meaning defined above

The word is relevant to Smaug and other dragons in J R R Tolkien's fiction (Silmarillion and The Hobbit).

Urban Dictionary
uruloki:
Dragons, in the language of the elves. The term appears in Tolkien's Silmarillion
Glaurung was the first of the uruloki, and Ancalagon the greatest
The uruloki included not only the winged dragons but also the wingless fire- and cold-drakes.

There are many accounts online. Here is an example from Screenrant

Screenrant
Dragons are divided into categories based on their ability to fly, and breathe fire. The most infamous is Smaug, along with Glaurung and Ancalogan, who are classified as Fire-Drakes, which are the typical fantasy standard for these creatures. Tolkien used the terms "Dragon" and "Wyrms" almost interchangeably.

Some dragons in the Legendarium could not breathe fire, and are regarded as Cold-drakes. Typically, these creatures did not have legs or wings, while some could breathe either smoke, or mist. Despite lacking the raw power of their Fire siblings, Cold-drakes still possessed sharp claws and armor-like scales.

This is what I would use if you specifically want to use an English word. It’s a Germanic derived word that simply means ‘dragon’ (in contrast to ‘dragon’ itself, which is of Greek origin via first Latin and then Old French), but is sufficiently different that it should avoid confusion. Most native English speakers will either immediately understand the meaning, or at least be able to quickly infer it in context, because it’s reasonably common in fantasy usage.

The caveat to this one is that it’s also not unusual for it to be used either interchangeably with the term ‘dragon’, or as a diminutive form of ‘dragon’, which may cause some confusion when it’s first used, but you can head that off by using it in a way that makes the meaning clear (for example, maybe the MC encounters one for the first time and has never heard of them, and someone explains what it is to him/her).

Beyond that, there are two terms from other languages that come to mind as possibly fitting here:

This one is a Welsh and Irish word that literally just means ‘dragon’. It’s probably most commonly associated with the red dragon (y Ddraig Goch) that serves as a heraldic symbol of Wales. The draig as depicted on the Welsh flag definitely fits your description, and the word itself is close enough if said out loud to many English terms for dragons that it should still draw the same associations for many people once they have actually seen it used in context.

These are Anglicizations of assorted names in Slavic languages (respectively Russian, Ukranian, Bulgarian/Macedonian, Polish, and Serbo-Croatian) for a particular type of dragon. They’re generally portrayed very similarly to the traditional ‘Western Dragon’ that you appear to be describing, albeit while having the same typical association with weather or water that is common for many Eastern Dragons (such as the Chinese long or Japanese ryuu) and often having shapeshifting abilities as well.

This is sufficiently ‘different’ from your current terminology that it would provide a solid contrast, though you will likely have to help many readers infer from context what it actually means, but you should be doing that anyway no matter what term you choose to use.

wyvern is another one. 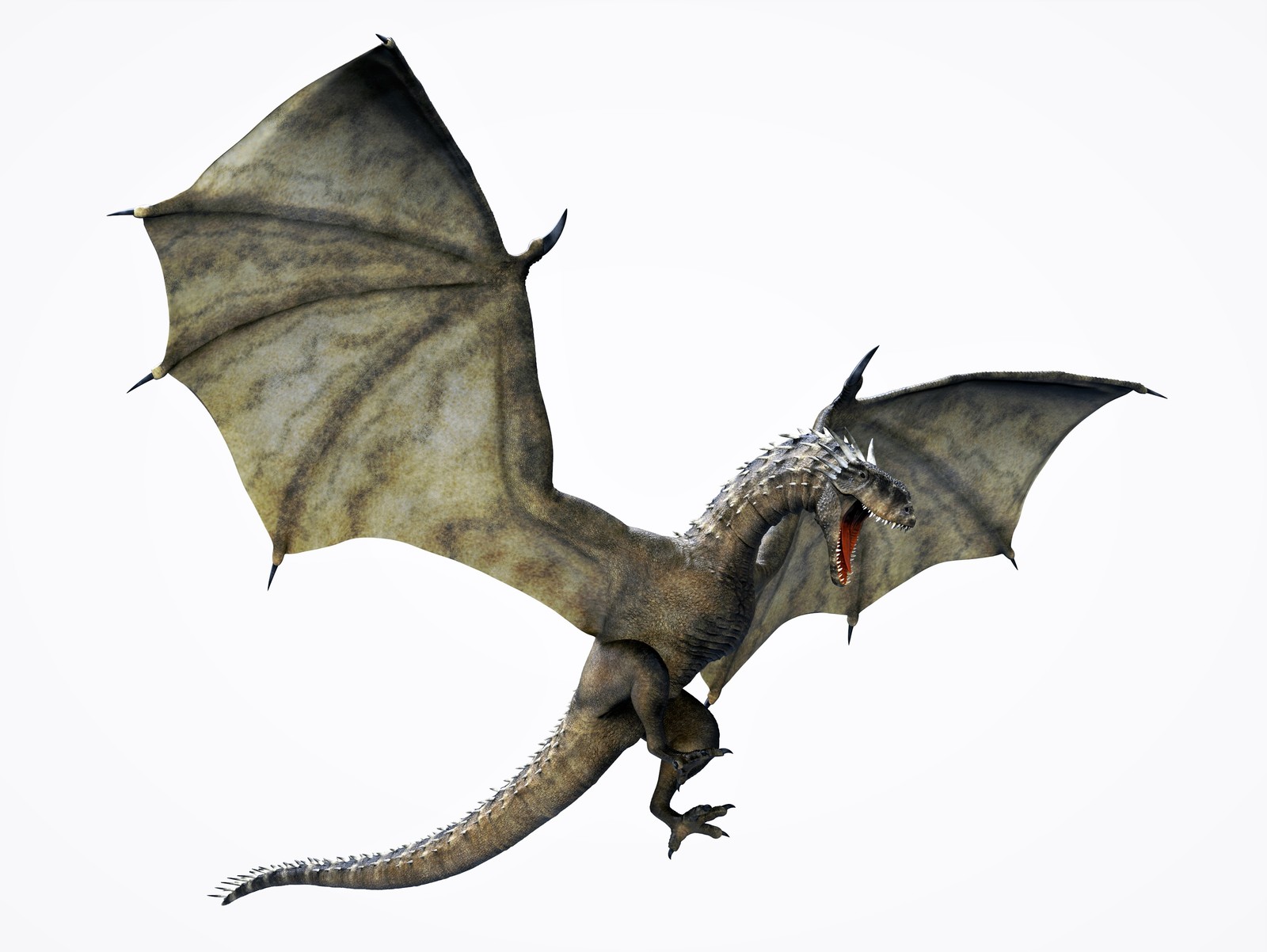 Here there are two legs and two wings (4 altogether, not 6). But if dragons are mamavian fish, surely wyverns could have 4 legs.

It appears that you've used the word dragon for the creatures that look more like Chinese dragons (long) like the common wingless Yellow Dragon. There is Yinglong also, a winged dragon in ancient Chinese legend which was the symbol of imperial power in the past.

I've found the term pen-dragon in OED but it is obsolete, rare. However, it can serve as a contrast to dragon to distinguish winged and wingless dragons.

Note: Not to be confused with Welsh (and a loan word) Pendragon which is an ancient title used by British or Welsh rulers. Pen here is a Welsh word meaning head, chief, top.

...the Aztec god of the sun and wind, air, and learning, wears around his neck the "wind breastplate" ehēcacōzcatl, "the spirally voluted wind jewel" made of a conch shell. 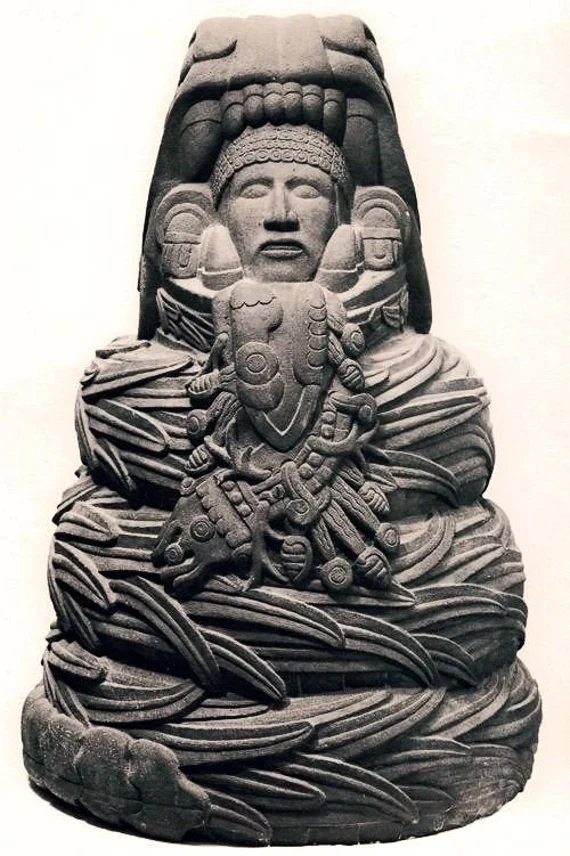 Some of the terms may include calques, loan words, etc.

Interestingly, and as part of a of presupposition, I went in search of image links demonstrating the red "fire-breathing" of Monitor and Komodo dragons, and apparently they do not have red tongues.

"Wyrm" has already been mentioned; from the Nordic sagas comes the related Lindworm or Lindwyrm. The latter sounds more archaic but appears to be younger. Lyndwyrm (as opposed to -worm) also has a strong connection to Final Fantasy. I cannot imagine that it is copyrighted though, and the Final Fantasy art looks probably very much like what you had in mind, four-legged and fearsome.

4
Word that means "periodically purged" or "cleansed by fire"
0
Is there a word like behold and hark but for any combination of sensory methods e.g. "be-sense"
13
Is there a term or word for solving a problem that one created oneself?
3
Is there a word in English that refers to proximity in grammar?
2
Is there a specific term for treating a system as if it had *motives*?
19
A hypernym for 'insects', 'worms' and the like
0
Is there a word that specifically means 'the delight of experiencing something new'
6
Is there a word for something that you put on a fire?