When was the word co-ord first used?

When was this word first used in this sense?

The word is an abbreviation of co-ordinates, which itself likely comes from coordinated outfit. The Oxford English Dictionary traces a specific usage for women's clothes to the late 1950s ("co-ordinate, adj. and n," 3):

plural. A set of women's clothes matched as to colour or fabric or other features. 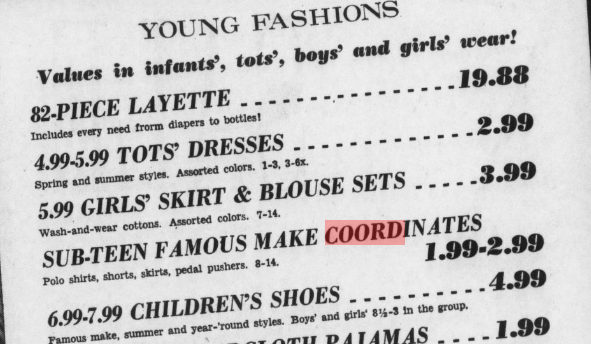 The abbreviation could have happened as soon as the word was understood, since co-ord is generally an abbreviation of co-ordinate. This snippet from a 1960 ad shows the adjective form abbreviated as "misses' co-ord. shirt and short sets" (from New York Times, 30 Apr 1960, p. 7, via ProQuest): 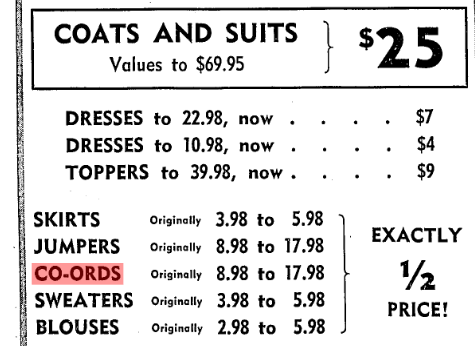 That suggests there are earlier examples of both co-ordinates and, possibly, co-ords to find.