What are the origins of "tech" as an abbreviation for "technology?

I'm trying to trace the origins and rise in popularity of the abbreviation "tech" from "technology." From what I can tell, the term began taking off in popular culture around the early to mid-1980s, but I'm wondering where it started to appear first and how and why it became so ubiquitous from then to now. Any help appreciated.

I've consulted Tom Chatfield's book "Netymology," which traces the origins of many tech-related terms, but doesn't include "tech" specifically. I can see from this Collins Dictionary usage graph that the word "tech" started to rise in popularity in the early to mid-1980s. Google's Ngram Viewer also seems to confirm this timeline. I've also consulted some articles in the NYTs and New Yorker by Steve Lohr and Ben Yagoda about the origins and rise of popular technology-related phrases and words, but they focused on tracing words like "hacker" and "Big Data." I'm specifically interested in why, how, and where "tech" began to rise, in the context of being related to the Internet, software, hardware, etc. It's been suggested that it might have come out of science fiction circles around the 1960s/70s, but I'm trying to run this down.

What I'm really driving at is: I can tell with some clarity from Google's Ngram and date-restricted searches when "tech" as an abbreviation for technology began its rise, but I can't tell the how, where, or why of that rise. I'm new to etymological research so was wondering if any of you could point me in the right direction as far as the right tools to use to figure these questions out. 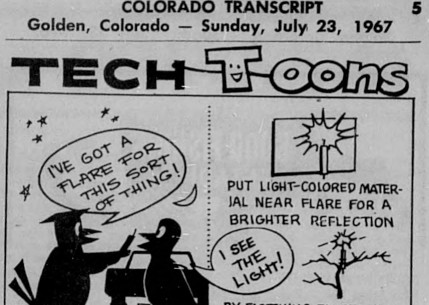 Not the answer you're looking for? Browse other questions tagged word-usage etymology usage internet technology or ask your own question.

6
What is the real history of the word "scenario"?
4
Usage frequency for "gambit"
9
What is the origin of "dibs"?
8
What was the original usage of the term "haptic"?
5
"Turkey Day" 100 years ago
2
What is the origin of High Street (and Highway)?
6
Why "curiosity" and not "cury"?
38
Why are the French pejoratively referred to as frogs?
6
When did 'wyrm' lose its meaning as dragon?
4
What are the origins of "gender confirmation" surgery?