Is the word "chum" to mean friend a common word?

Does the average American know its meaning? Is it used commonly in the spoken language? What connotations does it have?

Is it gender specific?

To take your questions in order, starting from the title question: 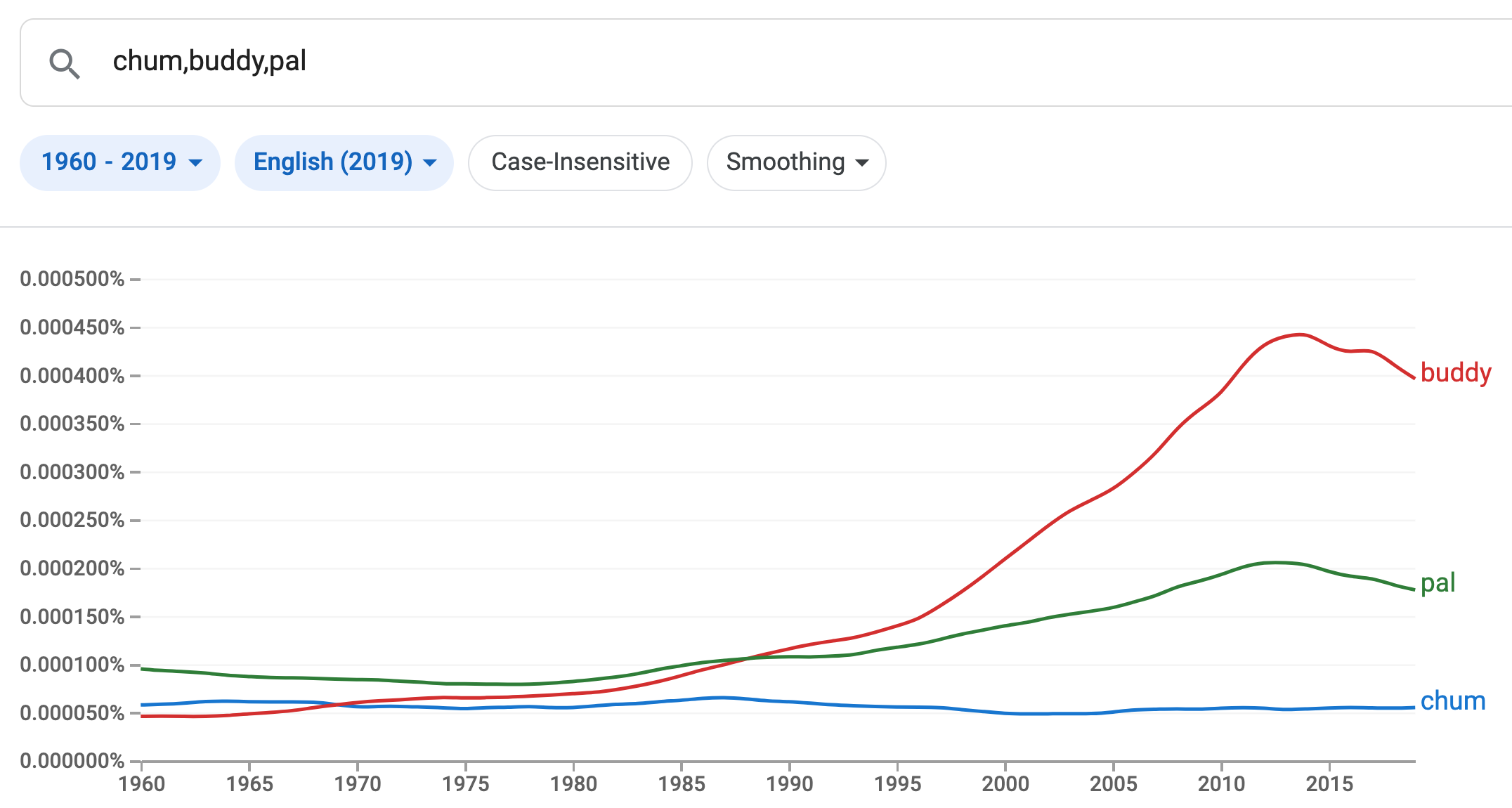 If you modify the parameters in NGrams, you'll see that limiting to the British or American corpus doesn't change the trend much.

As an AmE speaker it sounds very Wodehousian to me, like some old guy with a monocle drinking a g and t with an old rugby mate from public school.

Not the answer you're looking for? Browse other questions tagged word-usage american-english usage vocabulary or ask your own question.

8
The meaning of the English idiom "pot calling the kettle black"
2
Is "unsane" a word understood by a casual English speaker?
4
American word for commode
18
Is the word "palaver" in common use anywhere in the English-speaking world?
4
American expression for an average weapon
24
"Closet" vs. "Wardrobe" Why is the first more common in the US?
8
History and usage of the term “furore”
15
How common is the word "hubris" in spoken language?