A recent question on verb agreement left me one unresolved issue — can we add the verb leave to the list of verbs with copular uses?

The heat left me parched.
The shutdown left me out of a job.
The scandal left me boss.

The verb has a weak semantic value that contributes aspectual information, but little else. The same is true of turns out, remains, and stays. These all appear on copular verb lists.

Leave does not work in the common copular construction where a subject is matched to a complement that is usually a noun or adjective, but may sometimes be a number of other things.

Rather, it works as an object-focused copula (a label I found in only one document on the web, so I'm hoping for a more established term).

Examples of object-focused copulas include 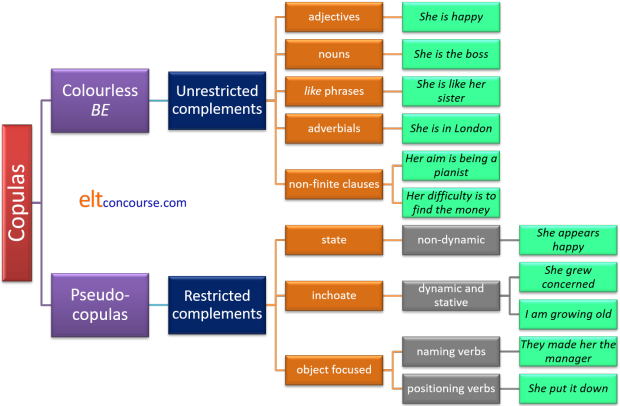 Is "leave" an object-focused copula above? Is parched an adjective complement to the object?

CGEL's take on this is that leave is a complex-transitive verb with depictive predicative complement.

To begin with, here is how CGEL introduces the complex-intransitive and the complex transitive construction (in the same place where it introduces predicative complements):

The major syntactic difference between a predicative complement and an object is that the former can be realised by an adjective, such as fair in these examples. Semantically, an object characteristically refers to some participant in the situation but with a different semantic role from the subject, whereas a predicative complement characteristically denotes a property that is ascribed to the referent of the subject (in a complex-intransitive)or object (in a complex-transitive).

CGEL uses the term copula only for certain uses of the verb be. In a note on p. 218, CGEL says that

In short, verbs other than be that other sources call copular CGEL prefers to label complex-intransitive verbs. And what your source calls 'object-focused copulas', CGEL would call 'complex-transitive'.

3. The classification of the verb leave and similar complex-transitive verbs

There are considerably more verbs in this class, and we therefore list separately those with the 'inf ' annotation indicating the possibility of an infinitival complement instead of the PC: compare the believe and prove examples in [39] with She believed it to be prudent to stay out of town and We proved it to be genuine.

[The annotation 'adj' indicates that the PC is restricted, or virtually restricted, to AdjPs to the exclusion of NPs.]

Hold1 means roughly "consider", as in I hold you responsible for her safety, while hold2 is close to "keep", as in She held the door open for us; They held us hostage (in both cases the range of PCs is quite limited). Some verbs in [ii] do enter into the infinitival complement construction but without the semantic equivalence that obtains in [i]. For example, He wished himself different from the sort of person he thought he was is closer to He wished that he were different than to He wished himself to be different (which indicates wanting to change). He imagined himself unmarried does have an interpretation equivalent to He imagined himself to be unmarried (i.e. "He thought he was unmarried" - cf. He imagined himself indispensable) but it also has another interpretation, probably more salient, in which he knew he wasn't unmarried but imagined what it would be like if he were.

A few verbs not included above, such as acknowledge, confess, suppose, appear in the complex-transitive construction, but normally only with a reflexive object: He confessed himself puzzled by her response, but not *He confessed the decision indefensible.

For completeness, here is an abbreviate description of all five classes of verbs taking PCs:

Class 1 verbs: complex-intransitives with depictive PCs (this class includes be):

He became ill/our main ally.    The work got too difficult for them.

She believed it prudent/an advantage to be out of town.      We proved it genuine/a fake.       They kept their marriage secret/a secret.

They appointed her ambassador to Canada.    You drive me mad.    They made him anxious/ treasurer.    They created her a life peer.

We hammered it flat.    Kim knocked him senseless.    You should paint the house green.    She rubbed herself dry.    He pushed the door open.    I'll wipe it clean.

As Edwin Ashworth pointed out in the comments, it seems that leave really can be used in two senses, one depictive (which therefore belongs to Class 3), and one resultative, which arguably belongs to Class 4:

The authors of CGEL anticipated that some of these distinctions might have been left out of their classification (pp. 265–266):

The primarily semantic distinction between depictive and resultative PCs is not always easy to draw. We have distinguished two senses of designate with one taking a depictive ("officially classify", as in They have designated1 it a disaster area), and the other a resultative ("choose, appoint", as in They have designated2 Kim the next Attorney-General), and it may be that some others should likewise be dually classified. Compare, for example, We had half the children sick (depictive) vs We had the meal ready in half an hour (resultative).

Not the answer you're looking for? Browse other questions tagged copular-verbs or ask your own question.

1
Are the predicate nominals appearing with verbs like "come" and "leave" interpreted as resultatives?
3
What do you call this example (I'd describe it as an "implied singular")?

1
Can a linking verb be transitive?
8
"Being [he/him] is not easy." Which is prescriptively "correct"?
0
How to use the verb "to be" with both singular and plural
1
Is "to be" in "to be or not to be" used as a linking verb with no nominal nor adjectival predicate?
3
Can prepositional phrases modify copular verbs?