What do you call the strips on shoes that are often used instead of laces?

Some shoes uses laces and so you lace them. But some shoes use these long strips (see picture below for an example). 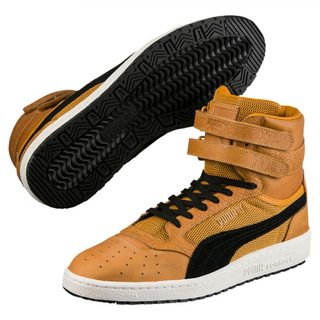 How do you call these strips and what is the proper alternative for the verb to lace in this case?

It is called Velcro strips:

the brand name of a type of fastening tape consisting of opposing pieces of fabric, one piece with a dense arrangement of tiny nylon hooks and the other with a dense nylon pile, that interlock when pressed together, used as a closure on garments, luggage, etc., in place of buttons, zippers, and the like.

I can't manage things like zips, so they took the zips out and put Velcro in instead.

You may find yourself going out and buying shoes that have Velcro fastenings instead of laces as the child cannot grasp how to tie their own laces.

To answer the second part of your question, I would use do up informally instead of lace, as

Go ahead; I just need to do up my shoes.

Or, more formally, fasten, as

The girl fastened her shoes before joining the game.

Straps would be Hook-and-loop fasteners in modern times, but historically straps would have buckles, hooks, snap domes, or ratchets.

Cycling shoes and ski boots and roller blades have straps used with a tightening system based around a ratchet, so they can be secured and tightened gradually, but released quickly.

Modern Straps would be made of cloth or the fabric of the boot/shoe, but historically would have likely been leather.

pulling oneself up by your own boot-straps.

The strips themselves are called straps (I guess those two words are related, come to think of it.) The fastening material is what you are supposed to call "hook and loop fasteners", but everybody calls it Velcro after the most famous brand. And it is the fastening material that people focus on. So you wouldn't say "Instead of laces, those shoes had straps," instead, you'd say "...those shoes had velcro."

Not the answer you're looking for? Browse other questions tagged single-word-requests word-usage terminology or ask your own question.