Word for "object of malignant joy"

I would need a literary synonym of toy, but which would also have the nuance of object of malignant joy. I would like to use it in the context of someone becoming the toy (?) of some evil powers because of lack of strength of character.

I considered plaything and toy, but they are too modern, and besides, they do not have the intrinsic nuance of malignant joy.

I also considered laughingstock and derision which, although literary and even slightly antiquated, are too abstract. I also considered scorn which I like very much, but still lacks the nuance of the man's inability to defend himself. I wish to express that these forces play with such a person, as a cat plays with its prey before devouring it. Is there such a word in English?

I wouldn't mind an archaic word, but it needs to be still understandable today.

(1) One who is enslaved or under mind control.

(2) (uncountable) The state of being under the control of another person. [He was in thrall to the Dark Lord']

thrall [noun] 1 literary The state of being in someone's power or having great power over someone.

"Plaything" is actually the best match to my mind. It dates from the 1670s, so I hardly think that too modern for the Victorian tone of the sentence. The nuance of malignancy may not be intrinsic to the word, but the fact that it is demons who are doing the playing makes that connotation redundant anyway, in my view.

Another possible alternative to the offerings already suggested here is "pawn". The word does imply being played with, though perhaps more with a strategic goal in mind than for pure malevolent pleasure.

"Thrall": nice, but does not suggest play.

"Puppet": also good, but suggests a total loss of agency.

EDIT: and one more idea came to me last night which I think I like most of all: sport. I'm actually surprised it hasn't been mentioned yet:

He gave himself over to riotous living and became the sport of demons.

In this sentence sport retains its original meaning of pastime or entertainment and is a shortening of "disport", which could also be used for more archaic effect.

In my opinion there is no single word term that expresses the combination of ideas "under the evil power of some entity that derives malignant joy from its use over you".

There is something that comes close in modern English and that is not "unliterary"; I am thinking of the word "punchbag" (British English; "punching bag" in American English). The vicious enjoyment is not explicitly formulated but is nevertheless often a felt direct consequence in any situation where it is used.

(Cambridge Dictionary) punchbag a person or thing who is severely criticized or punished, as a way for other people to express angry feelings
♦ Government workers have often been the punching bag of politicians, comedians, and the news media.
♦ He insists the industry is changing after a decade of being everyone's favourite punching bag.

(Wiktionary) 2. (figuratively) A person serving as an object of abuse.

He gave himself over to riotous living and became the puppet of demons.

He gave himself over to riotous living and became the Good Guy of demons. 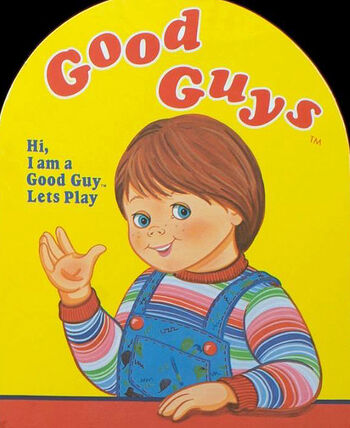 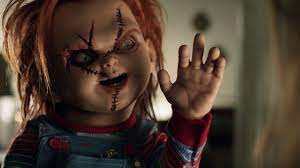 It obviously emphasizes the sadistic physicality you mention and more indirectly perhaps "malignant joy" as well.

Newman swallowed hard. So this is the final sendoff in return for a lifetime of service, he thought. No gold watch, no cake, no thank you, just the opportunity to act as a pincushion for whatever horrific fantasy the military scientists have cooked up this year. Live Bomb and the Pink Platoon (2012)

The "horrid game" of Hunt the Pincushion, whose sole object is to torture the smallest, weakest, fattest, most crippled, or other ostracized child... Forbidden Journeys: Fairy Tales and Fantasies by Victorian Writers (2014) p.320

If I correctly understand the nuance you're looking for, then I think "fool" works, in the archaic sense of a court jester.

If you don't mind using an old word in a somewhat new way, then maybe "capuchin", which is the kind of monkey that organ grinders used. (FreeDictionary)

Whilst perhaps too simple, and not sufficiently malign nor joyful, tool and its various contextual meanings would surely make this a good candidate. When tool isn't being used to describe an instrument, device or method to help with some activity, it is used in a derogatory form.

He was a tool, no more than a pawn to her.

Maligning a person by describing them as a tool is relatively common, for example, from the Cambridge Dictionary:

As a joyfully vulgar expression, Lexico gives us the anatomical slang definition, and another example:

(3.1) A stupid, irritating, or contemptible man.

Not the answer you're looking for? Browse other questions tagged single-word-requests archaicisms antiquated or ask your own question.

1
A word (or two) for people who explore for the joy of learning
1
Word for a lucky object?
5
Word for an object within another object
1
Word for object of a search
4
Is there a verb for "walking with joy"?
1
Word for "Fetched Object"
1
Word for having a gentle joy for being diligent?
2
Word for the object that encircles another object
4
Single word for jumping for joy