What is the etymology of the term “creamy layer” in Indian English?

According to Wikipedia, “creamy layer is a term used in Indian politics to refer to members of a backward class who are highly advanced socially as well as economically and educationally, and not eligible for government-sponsored educational and professional benefit programs.”

What is the etymology of this term? Not being a speaker of Indian English, the words “creamy” and “layer” both strike me as unusual descriptors for classes of people. Is there a connection to the idiom “cream of the crop”?

Justice Krishna Iyer of India first used the term in a 1975 court case. The "creamy layer" is the top layer of the Other Backward Class, which might receive a disproportionate amount of the benefits of a quota (reservation) system (Wikipedia).

The phrase is very likely a metaphor that relies on the physical phenomenon of cream rising to the top of raw milk (naturally) or other substances like coffee (after cream has been added, over time) (see Wikipedia, "Cream"). This substance is particularly rich in fat and flavor compared to the rest of the milk, which makes it form a layer at the top (from The Prairie Homestead, "How to Separate Cream from Milk": 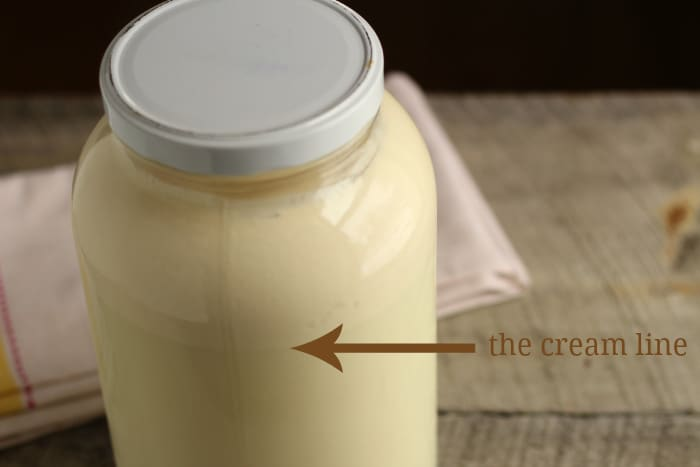 That is literally a creamy layer!

Incidentally, cream has been used figuratively to mean the best in English since the 16th century (Oxford English Dictionary, "cream, n.2," def. 3). So there is also a bias in English to think of cream in a superlative sense, especially in the later idiom the cream of the crop.

Not the answer you're looking for? Browse other questions tagged etymology indian-english or ask your own question.