Is there a name for the event where someone leaving a room finds themselves back in the exact same room?

Is there a word for the (event / affect / situation) (where / when) a character uses a door that leads back into the same room that they are leaving?

There are two links to names of this on TV tropes (Alien Geometries and Going in circle). I find that Alien Geometries is much to broad and could be used to describe many different situations (ie. Mario 64 - Infinite stairs) and I think that Going in circle implies that there is a journey before returning to the same spot.

An example of this event can be seen in the Star Trek: TNG episode "Where Silence Has Lease" when Work and Riker are on the bridge of the second Enterprise.

Sample sentence: "I don't realy have any options, I'm stuck in a [...]. Staying here or using the door doesn't matter at all. In both cases I've changed nothing." - Door and location are metaphors for a persons choice not impacting the enviorment they are in.

Using the example from Star Trek TNG: Worf and Riker were stuck in a [...]. Even if worf went through the door he would still be on the same bridge as Riker who had never moved.

It is a type of reflexivity: I have always heard it called an 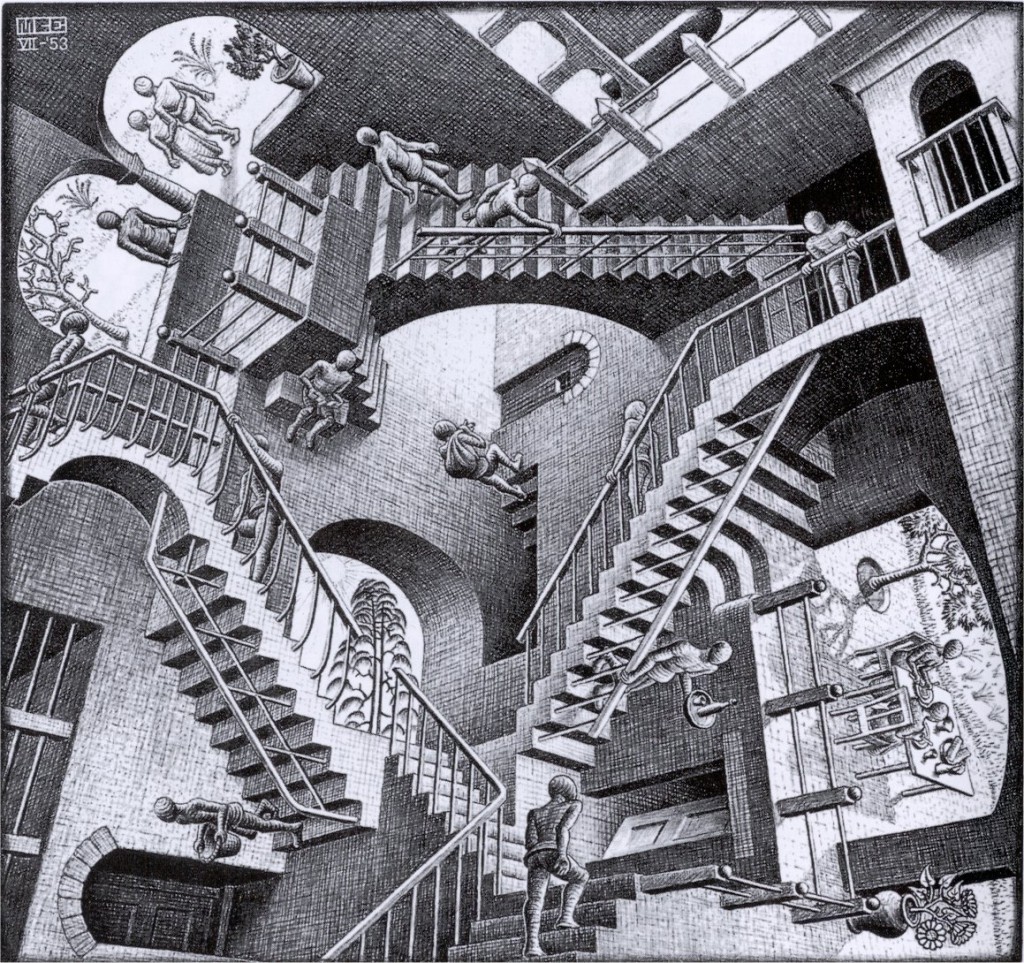 "I don't realy have any options, I'm stuck in an [Esher paradox]. Staying here or using the door doesn't matter at all. In both cases I've changed nothing."

Based on comments from the OP, a more updated alternative could be :

"I don't really have any options, I'm stuck in an [endless loop]. Staying here or using the door doesn't matter at all. In both cases I've changed nothing."

51
Is there a word for someone with the same name?
5
What's the word for the reversability of equal and opposite actions?
4
Word for someone who when leaving a room makes it feel like someone has entered
0
Semantic Field (Hyponym/Hyperonym) for movies, books, tv shows, etc
2
Car component - single word request
2
What is a word I can use instead of "the other" when referring to an unknown person?
1
Is there a word for the room adjacent to an office where the secretary sits?
2
A word that defines when you have to consider multiple factors when making decisions
1
English word used in novels/movies/tv shows that means "a series within a series"?