Did quotation marks have other applications or uses, like for emphasis?

I have frequently observed instances of quotation marks being used in interesting ways, often with rather funny implications.

Here are some notable examples of unnecessary or suspicious quotation marks: 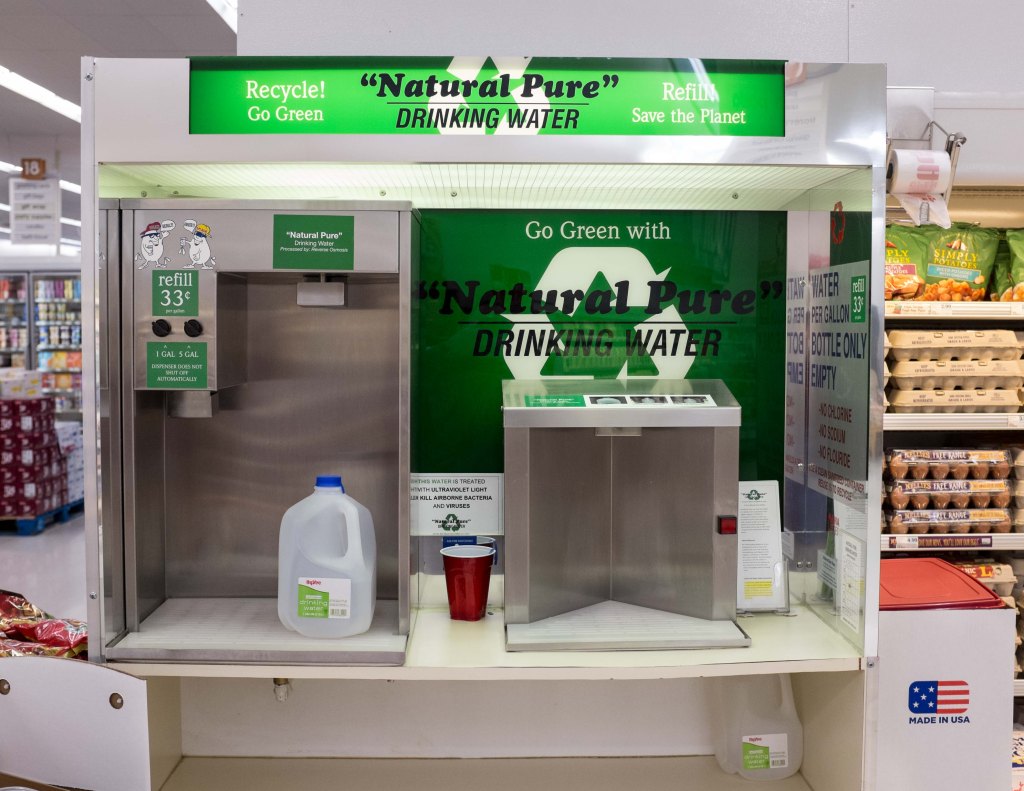 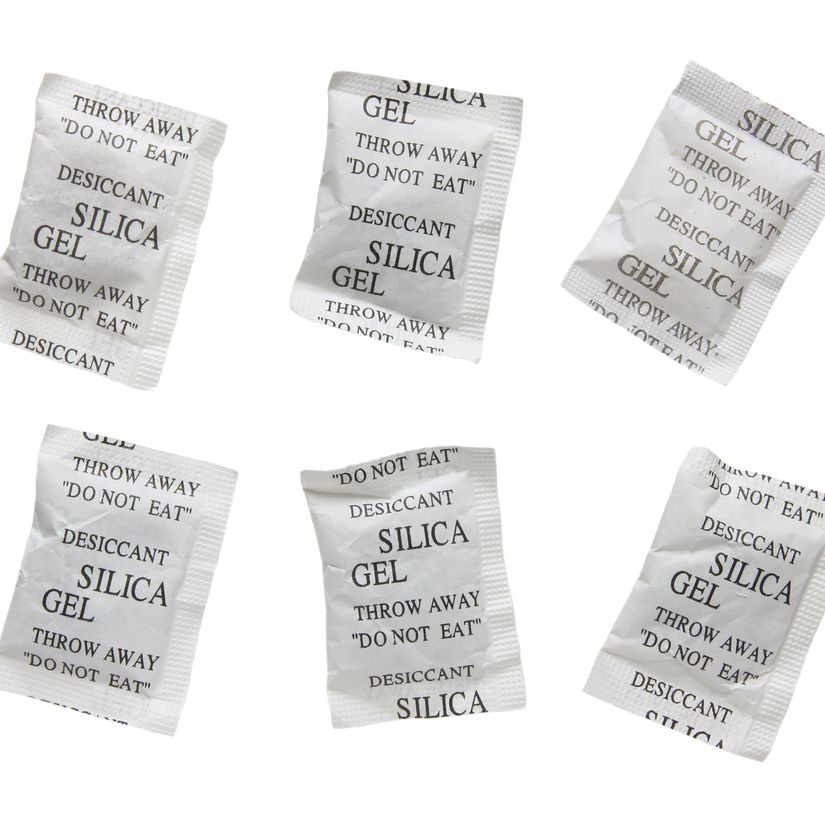 The "Blog" of "Unnecessary" Quotation Marks has many other examples. Examples I've seen in my everyday life are not as funny as these examples, indicating that it's not just meta usage intended to be funny.

While the examples I've included are modern, I've anecdotally noticed that older signs more frequently employ quotation marks for emphasis. (My great-grandfather was a sign painter, so this may just be my own bias towards noticing older signage.) Similarly, I've observed that in online/text communication, older people are more likely to use quotation marks in this manner (in the same fashion as the infamous overuse of ellipses...).

I wonder if 1) usage has shifted over time, 2) these are 'valid'* albeit uncommon applications of quotation marks, and/or 3) this usage isn't so common as to become a widely accepted application (hence why they're funny).

*Valid as in common enough to be considered an appropriate application of the punctuation. I don't mean valid as in the High and Mighty Arbiters of the English Language have prescribed it as correct and acceptable.

You have noticed that advertisements and signs sometimes use quotation marks for emphasis. You have noticed that this is a peculiar usage, because it isn't quotation and it certainly is considered invalid from the perspective of Standard English. Yet it does have a history and some proponents who treat it as valid for advertising.

Lexicographer Grant Barrett calls this use of quotes shout quotes (source). He gives the example of a White Castle (fast food) slogan in use since the 1950s: 'Buy ’em by the “sack.” ' Here, the quotations around sack are not quoting anything. Nor are they scare quotes intended to cast doubt on the reliability of the sack. They emphasize. Barrett makes the point that, in the context of a brief sign or slogan printed on a box, it would be "uncharitable" to misread the shout quote as dubious.

Similarly, linguist John McWhorter excuses the emphatic usage as something unlikely to be taken up in standard written discourse; to him, it is a variant usage that causes amusement (source). Both experts suggest the usage has validity, at least within the narrow and informal genre of business sign copy.

It depends who you ask. The usage is too controversial to be called valid without caveat. Pete Barry has this advice about any form of unnecessary emphasis in ad copy: "De-Stress Stresses: If you have to underline, use italics, bold letters, exclamation marks (!), "inverted commas," and hyphens - unless demanded by grammar or convention, it's probably just a lazy way to imply tone of voice" (Advertising Concept Book 3E: Think Now, Design Later, p. 242). His objection is that it very often is a cop out for writing better copy. So between expert stylistic advice and the screech of prescriptivists, someone using quotation marks to delineate shout quotes should understand it as a rhetorical risk.

Does this have a longer history?

Yes. I don't know of a formal history behind this usage, but it does go back at least a century. In a guide for writing advertising by Frederick Houk Law from 1920, the author advises its use for emphasis:

Use Quotation Marks for Emphasis

3 Place in quotation marks any highly unusual word or expression to which you wish to call emphasis.

Our "London-Best Coats" are guaranteed to be rainproof.

You have often heard of "A Genuine Bargain Sale," but this sale is to surpass every other of its kind.

Such emphatic quotes were also applied to brand names, like Firestone or Lysol, out of a belief that it made the brand stand out. Here's the Firestone example from 1910:

Our favorite style is a bold heading suggesting the subject matter, in order to arrest the attention of the vehicle owner; a space-wide characteristic slug of the trade name "Firestone" in quotation marks to voice itself upon the casual observer; and a cut of the tire or demountable rim itself, as large as space requires. 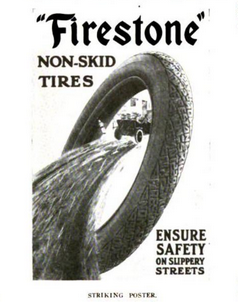 So using quotation marks for emphasis has been encouraged in the past, and it may be possible to connect the emphatic quotation marks from a century ago to the continued usage today. I'll close with an ad in a 1903 edition of Saddlery and Harness does for key words "PRACTICAL" and "SECURE-BACK." Those aren't scare quotes calling doubt on those qualities. They are intended for emphasis.

Not to my knowledge. Punctuation is not usually taught beyond a basic level. However, quotation marks (double and single) have been often used to draw the readers attention to a word or phrase.

I was taught that "..." are inverted commas: I think this is more accurate as "quotation marks" implies that they are used solely for quotations.

There is an interesting article at Slate.com. If you read it, you will see that punctuation marks of some kind have been used for over 2,000 years to mark out sets of words for special treatment. The usual understanding, in the case of quotation marks, is that this means "speech", but this is not so, speech is but one category.

The double quotation mark was introduced at the end of the 18th century:

Double commas had become so prevalent by the time Eliza Warwick [1778] was printed that type foundries usually cast them on single blocks of lead, making it easier to typeset a quotation than with pairs of individual commas, ...

In reply to your question, please have a quick look at this passage from Emma by Jane Austen (1816)

Emma knows I never flatter her,' said Mr. Knightley; 'but I meant no reflection on any body. Miss Taylor has been used to have two persons to please; she will now have but one. The chances are that she must be a gainer.' Well,' said Emma, willing to let it pass -- 'you want to hear about the wedding, and I shall be happy to tell you, for we all behaved charmingly. Every body was punctual, every body in their best looks. Not a tear, and hardly a long face to be seen. Oh! no, we all felt that we were going to be only half a mile apart, and were sure of meeting every day.'

I think you will find great similarity to the way you perceive us old folks to write.

Since we taught English Lit using classics, then I suppose the answer to your statement is "Yes", well at least in respect to emphasising what part of the text is spoken.

using quotation marks for emphasis ever taught as a standard application of this punctuation mark,

They have made three babies together but he squeamish bout giving her a bath. Maybe he figure he start thinking about things he shouldn’t. But what bout me? First time I got the full sight of Shug Avery long black body with it black plum nipples, look like her mouth, I thought I had turned into a man.

What you staring at? she ast. Hateful. She weak as a kitten. But her mouth just pack with claws. You never seen a naked woman before?

No ma’am, I said. I never did. Cept for Sofia, and she so plump and ruddy and crazy she feel like my sister.

Note the diffrence with modern works.

Possibly because "Natural Pure" is a name, it certainly is not a sentence or even a phrase, that would be "naturally pure"

Not the answer you're looking for? Browse other questions tagged punctuation orthography history or ask your own question.