What is the trend in pronouncing the word "strength"? [closed]

Ask Question
Asked 7 months ago
Active 6 months ago
Viewed 263 times
1
Closed. This question is opinion-based. It is not currently accepting answers.

Over the years, I have heard 3 different ways to pronounce the word strength:

I definitely pronounce it with option 3 (shtrength /ʃtɹɛŋθ/), starting the word with an /ʃ/ ("sh").

For me, option 2 (strenth /st̠͡ɹ̠ɛn̪θ/) sounds too simplified as there is not even an ŋ, although I have heard others say it that way.

I am curious about option 1: /stɹɛŋkθ/. I am having trouble hearing (and saying) the very soft k that is being inserted after the /ŋ/ and before the /θ/. Do people still pronounce the word this way, or is it more often pronounced as option 2 or 3? 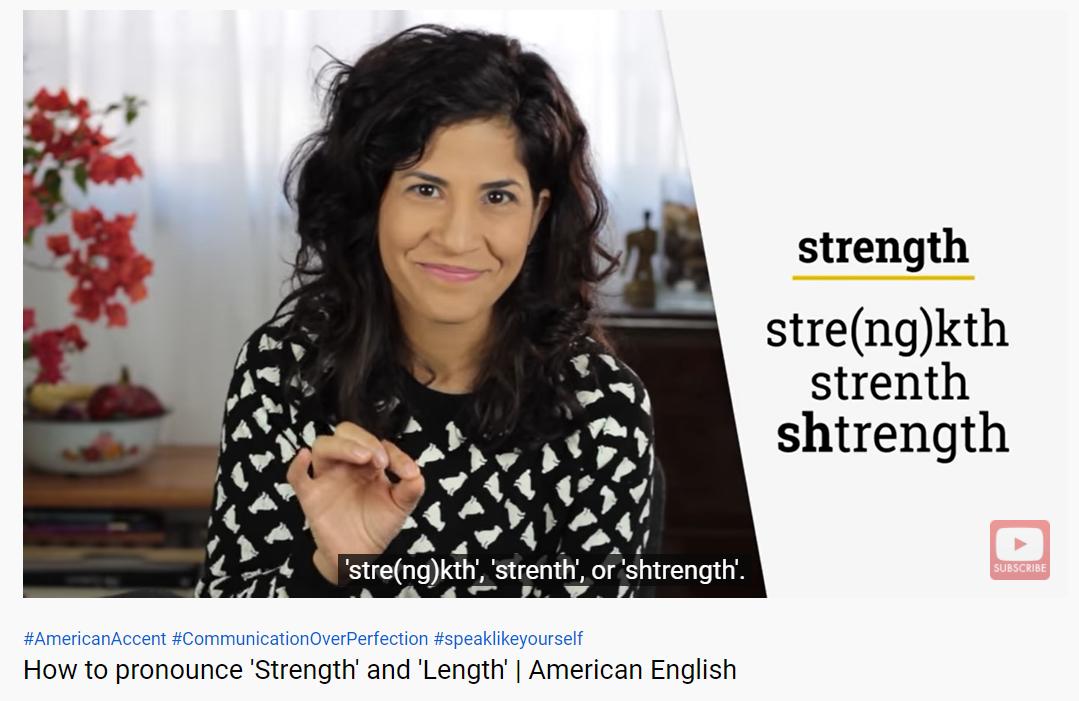 Active Oldest Votes
1
Want to improve this post? Add citations from reputable sources by editing the post. Posts with unsourced content may be edited or deleted.

Regarding the pronunciation of strength...such an interesting question. The correct pronunciation is your third example (minus the "sh"), as the "ng" in strength should be pronounced like the "ng" in hung, which is formed by placing the tongue back in the throat. Then followed by the "th" as in "three", which is formed by placing the tongue between the teeth. Perhaps it is all this tongue moving..lol..or two soft phonograms next to each other that causes a US speaker to add a hard "k" to make the pronunciation easier. It is incorrect pronunciation, but I use it myself. So minus the "sh", #3 is how strength SHOULD be pronounced. #1 is how it is USUALLY pronounced (as it is easier on the lazy tongue). Occasionally I hear #2 - it may be a British pronunciation, and that is what it sounds like to the American ear.

Dealing with “str” first, the usual pronunciation is with /s/ as in “soon”, but some speakers replace the s sound with a sound more like a sh sound when it comes before -tr- (or even sometimes in other consonant clusters, but str- is the most common context). There is no contrast between s and sh in this context in regular English words. See the citations here for more info: https://linguistics.stackexchange.com/questions/30111/about-s-being-replaced-by-the-voiceless-postalveolar-fricative-in-the-us/30133#30133

With “ength”, a pronunciation as “enth” is somewhat common; it’s also possible to hear “ingth”, “ayngth”, or “inth”. The insertion of a [k] or [t] sound before the -th is a type of epenthesis.

Not the answer you're looking for? Browse other questions tagged dialects phonology fast-speech-rules palatalization consonant-clusters or ask your own question.

8
What is the IPA for "trade"?
8
"Superhands" vs "Super Hans" pronunciation
5
Palatalization of the initial "s" in words starting with "str-"
3
Pronunciation of voiceless alveolar fricative /s/ as ʃ (/sh/) in slang?

13
What are the origins of the regional pronoun “yinz” of southwestern Pennsylvania?
12
Regional pronunciation of “calliope”?
0
What is the phonological error pronouncing /θ/ as /s/ called?
41
Why do I pronounce "horrible" so harrhibly?
6
Do you take a break between words, when pronouncing?
3
Pronouncing the final "‑ing" inflection as [əŋ] instead of as [ɪŋ]
4
Am I semi-rhotic?
14
Why are dictionary transcriptions contradictory for the phonetic representation of oranges?
21
Is there such a thing as Intrusive-L (as opposed to Intrusive-R)?
12
Do "cook the" and "cooked the" get pronounced differently?