Did the UN make a grammar error here? [closed]

Ask Question
Asked 1 month ago
Active 1 month ago
Viewed 48 times
-2
Closed. This question is off-topic. It is not currently accepting answers.

I was reading about some of the United Nations Sustainable Development Goals (SDG). While researching their goal to end poverty on this site, https://sdgs.un.org/goals/goal1, I came across this odd graph. 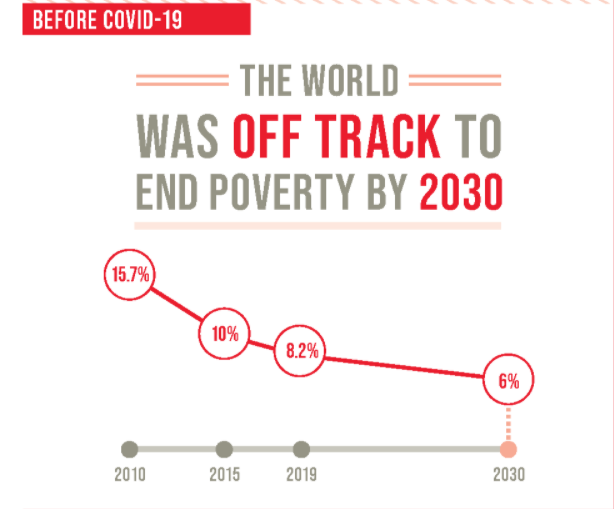 According to the graph, it appears that poverty is being beat. That means we are heading to a world with no poverty. We are on the tracks leading to a perfect world. So, I thought it was odd that they used the phrase "The world was OFF TRACK to end poverty by 2030". Doesn't that imply the opposite meaning? That we are FAILING to end poverty? The UN is an extremely respected world institution, so please tell me if I'm wrong about whether they made an error or not.

grammar idioms errors
Share
Improve this question
asked May 13 at 2:47

This position is supported by the title in your link; it reads:

end poverty in all its forms everywhere

From that statement, it's clear that they aim to end poverty completely. That goal has not been met and it's not projected to be reached by 2030. As such, the world is not on track to end poverty by 2030. That position is correctly conveyed conveyed by the slogan.

The reason the slogan might seem odd is because on track is more commonly used than off track, according to Google ngram.

Not the answer you're looking for? Browse other questions tagged grammar idioms errors or ask your own question.