What is a hypernym for holy things or objects in general? [closed]

Ask Question
Asked 5 months ago
Active 5 months ago
Viewed 93 times
2
Closed. This question needs details or clarity. It is not currently accepting answers.

I've checked Word Hyppo, but I cant find a hypernym for 'holy things' that is quite what I want. I feel so sure that there's a word for such things collectively, and I'm looking for a particular one that sounds close to 'acoustics' because that's how I remember it. Any help here, please?

It's not used exclusively for holy objects, but is I believe strongly associated with it. See also here.

1. sacred objects, obligations, or rights
2. a sacred thing
3. anything regarded as sanctified or holy

1. holiness of life and character; the quality or state of being holy or sacred

Not all dictionaries explicate the word as meaning (a) holy object(s), but I think the context and recognizable etymology will dramatically facilitate interpretation.

Icons is a good choice.

If I hear another talking head on television use the word iconic to describe a sports star or movie star, I think I'll puke. An icon is a piece of art that elicits reverence from a Christian believer or worshiper. It also inspires prayer, silence, and contemplation.

Sacred icons are a form of Christian art especially identified with Eastern Orthodoxy, the form of Christianity that emerged in the Eastern half of the Mediterranean Basin and then spread into Eastern Europe and Russia. 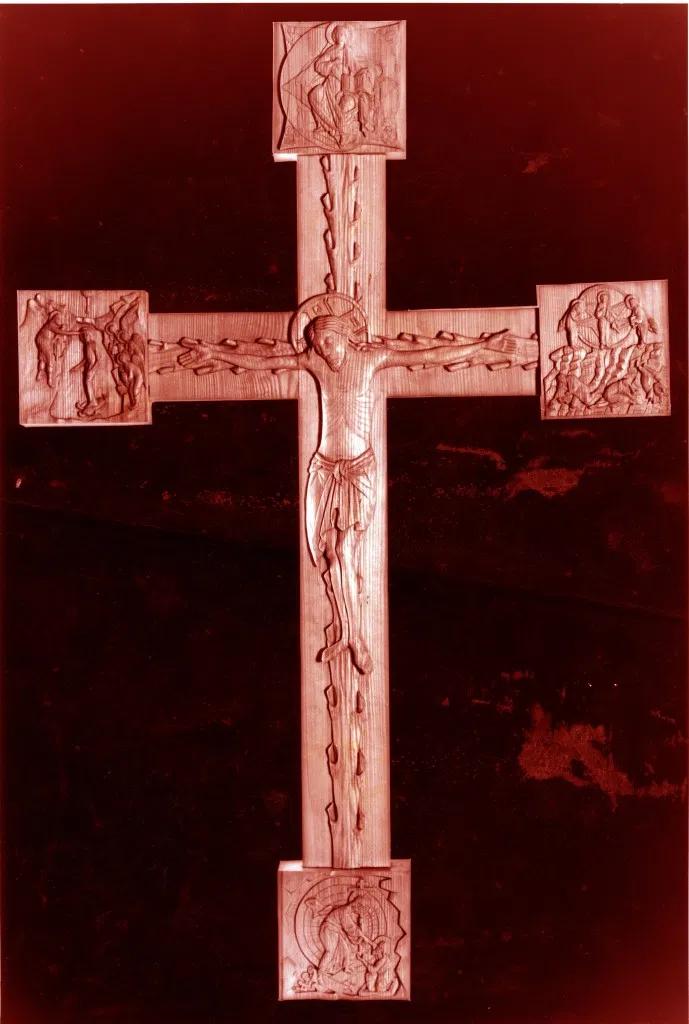 2
A term that can be used to group towns and provinces together
5
Word meaning appearance of a word on a page? (emboldened, italicised etc.)
9
What would you call a "sheath" for a spherical object?
4
Someone with opposing personality traits
3
Hypernym of "movie" and "play"
3
Hypernym for comparisons (less than / greater than)
0
What is a word for being obviously humorous?
0
Is there a word for someone who believes things will always work out in their favour?