Word for how the white space between words can form patterns

Nota Bene: I included a term to describe this thing, but I'm not here to invent a word, it was included as a humorous nod; thank you for your patience and understanding!

I apologize if this is an odd one; I am aware of the word 'Pareidolia' but I'm wondering if there's a better word for the phenomenon I'm about to describe? Pareidolia being the tendency to (incorrectly?) see patterns in random things, like shapes in clouds or canals on Mars, etc...

I'm almost always using my Kindle (I prefer a good Paper book, but I'm partially disabled and a Kindle can carry my whole library without weighing anything) and and I am a fond reader of science and sci-fi, fantasy and historical fiction.

The escapism is a big relief for my physical condition. So when reading about the description of some event, I can often find myself day-dreaming, zoning out so that the words on the page can seem a little blurred, as I imagine the thing in my minds eye.

When this happens, I often notice that the white-space between letters can form patterns too, and I've trained to filter out the line height spacing. I often can see strong diagonal lines, misshaped circles and similar. Sometimes it can even look like a crude lightning strike! One could possibly stretch a metaphor to suggest that it's the prosaic equivalent of a Moiré pattern...?

I do know it is fundamentally caused by our brains innate ability to notice (or invent) patterns, but it's a beautiful and sometimes appropriate visualisation too.

For example, in one book was the description of an alien village with sloping conical towers as the buildings. On the same page, almost directly afterwards, the combination of white-space and letters made such an very obvious 70° slanted line, that I could easily envisage the sloping sides of the building being described!

This sites posting rules indicate that I should include an example, and I do recognise that this is essentially inverted ASCII Art, but that term itself has some negative connotations.. Besides which, that art style is forced, whereas the patterns I see are just the natural shapes formed by the gaps between words! The following example is obviously exaggerated and not well written, but you should see the "Eidolexis*"

I should re-iterate that changing the font-face or size completely ruined the illusion, so it was quite serendipitous! If the above pre-formatted text is garbled, basically I am describing: "This was in PF Hamilton's, Nights-Dawn trilogy Book 1, wherein he described the Tyrathca village on Lalonde where they farmed an Olive like fruit, Oily and disgusting to Humans, but like good chocolate to the Tyrathca"

So, In summary, Is there a better word for this experience?

I ask this, as truthfully, I don't really believe that it's an example of Pareidolia. Simply, the shapes are not being invented by the brain, they exist but are not always instantly obvious to the reader, they're waiting to be acknowledged!

I could easily imagine this as a visual art form, Imagine a Poem that describes a Thing™, but the layout of the words would describe the shape of the Thing™.

There’s a specific term for this, and even an entire Wikipedia article:

In typography, rivers (or rivers of white) are gaps in typesetting which appear to run through a paragraph of text due to a coincidental alignment of spaces.

They have this example: 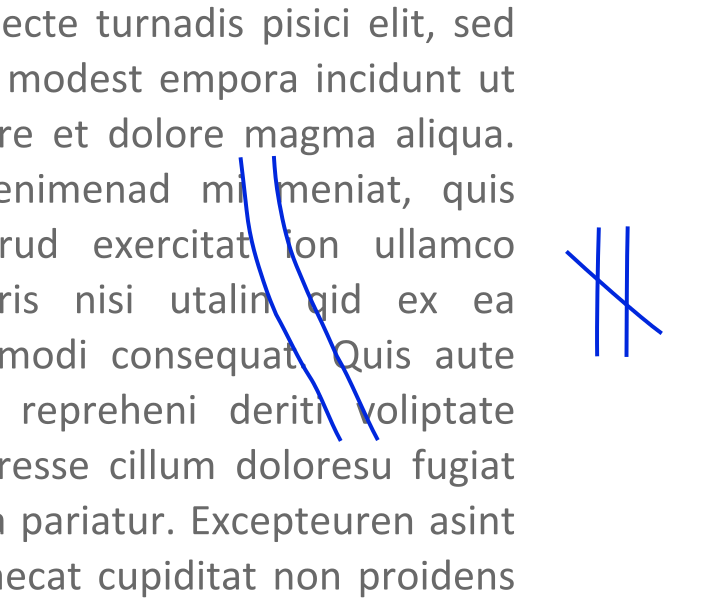 Dan Bron's comment is exactly the features you're describing. You can consider this a typography example of negative space:

You could also look up "visual poetry" in an image search which shows nice examples of negative space formatting being used purposefully. This is a poem by Jennifer Met: 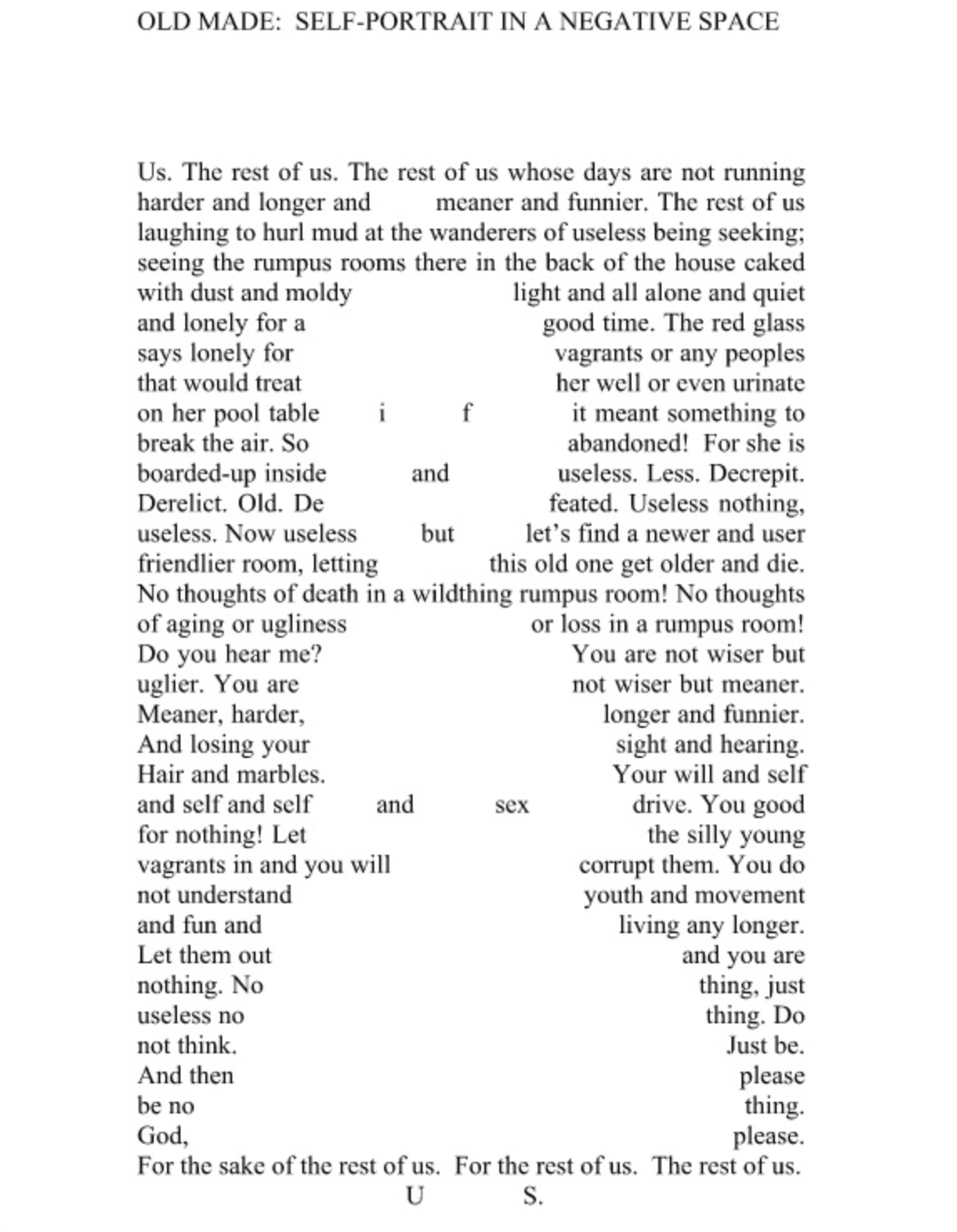 2
Word for "make visually intuitive"
1
Word for a place or resource where everything can be found
1
Single word or phrase for 'refinement of shapes'
5
Is there a word for those random spots/patterns you see when you enter your home after playing outside on a sunny day?
0
word for fraction of space filled with objects: occupancy?
29
What's a word for the shape of the space among the trees in a forest?
0
Is there a word for the action "to do an imperious display of affection"?
3
Adjecive that means overgrown by alien life
0
Is there a word for depth-based like spatial is for space?