Around 1960, when we began learning English in Japan, we were taught British English. To our great surprise, we were forced to change into American English in the next grade. Japanese English teachers were also upset, especially in pronunciation. We could not help laughing when they could not pronounce 'can't' or 'tomato' or 'body' with the American accent.

The most striking grammatical change to me was the interrogative sentence, from 'Have you a camera?' to 'Do you have a camera?' This drastic change in English teaching was, of course, carried out under the considerable political and cultural influences of USA. From that time, in Japan, English textbooks written in American English have been predominant.

After some decades of learning English especially through books written in British English, I came to doubt whether the British way of questioning was heard in the daily conversation of the British people around 1960. Can I have your information or experience to clear up this doubt I have long held?

Interesting question. According to Ngrams, "Have you a" was more common than "Do you have a" in the past, but it has reversed over time. Here, in British English, the reversal was around 1980:

The same search for American English shows the reversal around 1940:

I'll supplement the NGram answers with some corpus data, which shows Have you + NP was in oral use in Great Britain. These samples come from the British National Corpus, which has both oral and print samples from the 1980s and 1990s. Searches and examples show that Have you + NP was still in use even at that time, though it may have been in decline compared to alternatives.

Basically, the have you + NP construction continued to be in usage through the early 1990s, though the usages with do or the usage with got are widespread. I see in a couple of cases a tendency to self-correct to a do-construction ("Have you any (pause) do you sell fish fingers?") or to respond in a different form ("Have you a smoke now?" "Oh yeah, I've got some."). Over the past thirty years, it's quite likely the have you + NP usage has almost entirely aged out of the population.

Bonus: to the exact question of whether this would have also been used in the 1960s, yes, it would have. The Hansard Corpus for British Parliament provides a couple of examples of spoken use from the decade:

I wanted to allow the inspector to seize a display ticket which was actually on the goods to be seen, not to say to the seller: " Have you a display ticket for this? " and then take it: (Faringdon, Weights and Measures Bill, House of Lords, 6 May 1963)

These Ngram comparisons may help:

Around 1960, when it was my job to collect eggs from the hen-house, a visiting grandmother would often ask, "Have we any eggs?" If someone sneezed she would ask, "Have you a cold?" or "Has he a chill?"

I was born in England in 1960, went to a normal state primary school and then in September 1971 to a direct grant school (yes, they still existed). I well remember our first Latin teacher spending the first six weeks teaching us English grammar, on the grounds that we could not hope to learn Latin, until we understood at least some of the grammar of our own language. He covered also the way words change over time: got as a past participle was compared to forgotten and ill-gotten (and also with gotten in North America). So certainly as of September 1971 "Have you got" was idiomatic in British English.

As anecdotal evidence in support of this, still in 1974 the Two Ronnies could make a sketch "Swedish Made Simple", with FUNEX (can be found on YouTube). This only works if "Have you any" was reasonably idiomatic at the time in Britain.

As a side note, though, I would point out that the form "Do you have a ..." is regularly used with the implied meaning "now, on your person". For example someone wanting to light a cigarette might well ask, "Do you have a lighter?". Here they would not be asking, whether you own a lighter, but whether you have one on you at that specific moment. As far as I can recall, this usage goes back to my childhood: "Do you have a ball?" - so that we can play football (soccer) now.

"Have you a camera?" is archaic, but certain English dialects, particularly in the North, like Yorkshire, have kept more archaic features and they were more distinct around 1960.

Using do as in "Do you have a camera?" is called a "Periphrastic Do" and was "invented" around 1500 in the South of England. Before that, English, as a Germanic language, was like modern German, with no need of a DO and reverse subject-verb order. E.g. "Sprechen sie Deutsch?" -> "Speakest thou English?" -> "Do you speak English?"

Today it's only used(outside aforementioned dialects) to deliberately convey an "old-timey" feel to some character. E.g. Aragorn, in the famous LOTR scene, when speaking with the (really old) dead, does not say: "What do you say(to my offer)?", he says: 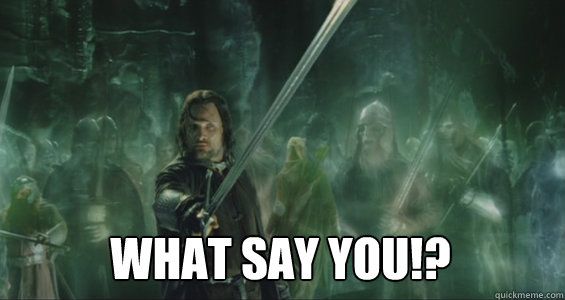 Even though he speaks "modern" throughout the movie.

Completely anecdotally, from my own parent's usage and my own recollection of speech amongst older Brits mainly from the Midlands (and older films/TV), I'd suggest the following:

I grew up in the 1960s not far from London. "Have you..." without the 'got' might have been dialect, but most certainly very rare in Southern England.

Have you got any eggs? Have you had measles? Will you have more bacon?

Have you a car .... becoming less common, posh.

Have you got.... more in spoken use

After the war, The British clearly picked up American useage from watching too many films.

I'm surprised. I'm German. I learned Englisch in school from 1971 on. We learned British English. We were taught that "Do you have a camera?" is correct English and not the (literatal German translation) "Have you a camera?". I am pretty sure there were native speakers involved in the design of our English books.

I stayed in London with some nice Brits in 1979. We had a discussion with their parents (in their 50s I guess), where they said that "Have you got..." is colloquial and should be avoided (although they used it all the time), and the correct way is "Do you have..." No "Have you..." at all.

So from this I would guess that at least in London it was not usual to say "Have you a Camera" in 1979, and at least officially not correct in 1971, and as the folks we stayed with were already a little older, I guess it was also unusual in London in the 60s and 50s.

Makes me doubt this change in usage in 1980. I tend to believe Peter Fox is right.

Not the answer you're looking for? Browse other questions tagged grammar british-english questions history or ask your own question.

23
Old English instead of Latin in early Britain
36
"have" vs."have got" in American and British English
2
"Sit in the back." vs "Sit at the back." - differences between American and British usage
0
Translating a scientific paper from American to British
4
Which version of English is most common in Switzerland?
3
Around 1970 in Britain, was this use of 'shall', in 'You shall go (=I let you go)', already out-of-date in daily conversation?
5
Publick or Public? in the 18th and 19th Century Britain