What is the name of the depiction of concentration with raised eyebrow called? [closed]

Ask Question
Asked 2 months ago
Active 2 months ago
Viewed 2k times
5
Closed. This question is off-topic. It is not currently accepting answers.

If you look at this picture, how would you describe the mood and the eyes of the character? 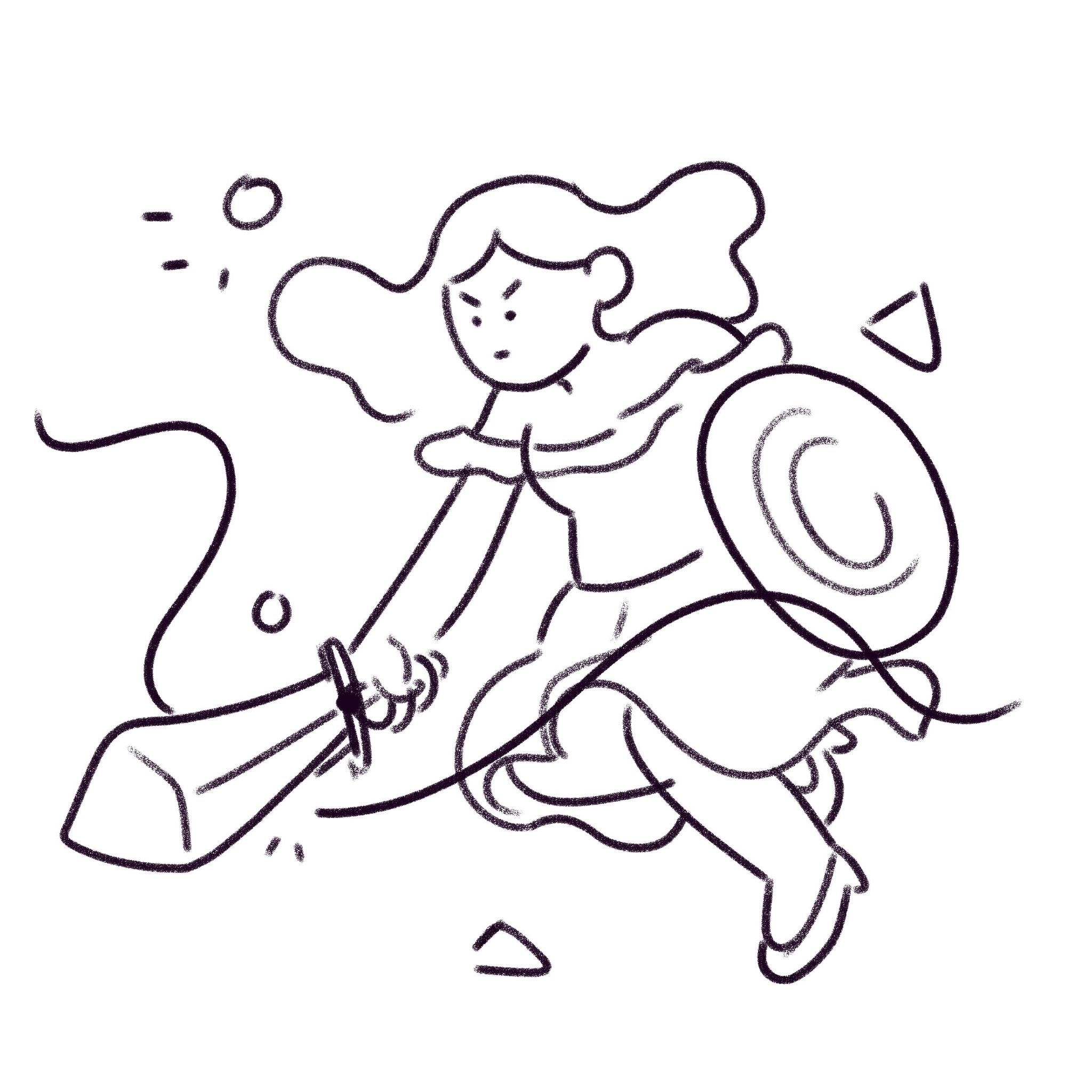 I would not say she's angry. I would say she is concentrating to cut the object. However there are many kinds of concentration, and thus the eye expression can differ. This one gives me the feeling that she doesn't accept the existence of the object, and thus must kill it.

I would call them furrowed brows.

Definition of a furrowed brow from Cambridge Dictionary:

a forehead that has lines in the skin, usually caused by worry

Here’s an example of this phrase being used in the book Roll of Thunder, Hear My Cry:

But as he stared at the book’s inside cover[...], his brows furrowed. Then his eyes grew wide, and suddenly he sucked in his breath and sprang from his chair like a wounded animal, flinging the book onto the floor and stomping madly upon it"

I would say she looks Determined

Whatever she is cutting there, she looks very determined to get it done.

I would say you are looking for the word "frown". According to Merriam-Webster:

Definition of frown (Entry 2 of 2)
1: an expression of displeasure
2: a wrinkling of the brow in displeasure or concentration

Some examples from the two links:

When the middle of the eyebrows are pulled down so they slope inwards, this often shows that the person is angry or frustrated. It can also indicate intense concentration (http://changingminds.org/techniques/body/parts_body_language/eyebrow_body_language.htm).

Glare: stare in an angry or fierce way, e.g."she glared at him, her cheeks flushing (https://www.merriam-webster.com/dictionary/aglare)."

Google Aglare: glaring - "his eyes aglare with fury." First Known Use of - 1712, in the meaning [previously] defined.

The beauty accidentally stood on Cruz's flowing ivory gown, prompting aglare from the actress.Cruz,32, had started the evening all smiles as she arrived at the American Film Institute's screening of her film Volver in Hollywood. DRESSING DOWN

He stands up straight in his cage with his bright blue eyes aglare and shrieks in a perfect rage [and] braces his tough blue feet Maria do Carmo, please, give him a piece of raw meat-- Marianne, loan me a noun! Selections from Edgar Allan Poe & The Juke-Box (https://www.thefreedictionary.com/aglare)

As an adjective glare is (us|of ice) smooth and bright or translucent; glary.

"Knitted brows" is another option. See this definition at Merriam-Webster for "knit one's brows."

If you're looking for a word that has both to do with the expression and concentration...

is "Focused" the word you are looking for?

2
What is the synonym for “to raise the inner parts of the brows”?
1
How do you describe the expression of the boy on the left?

1
What's the raised part of an arch called?
12
What is it called when it's snowing with the sun out?
5
What is is called when you count the letters in an acronym, name or word with an ordinal multiplier?
14
What is an appointment with friends called?
2
What is placing name with something called?
2
What is a sentence with initials in alphabetical order called?
2
There's a word I need, but I can't think of at the moment
1
Adjective for “with the same name” / “same-way called”
0
Looking for 2 words or phrases to describe this situation