About the remote "not"

Not a native English speaker. I noticed for a long time now some speakers use a second sentence consisting of a single word, "not", as a way to entirely negate the former sentence and generally in a humorous way. For example: "I like your shirt. Not." Is this correct English or just something people understand even though it is not grammatically correct? I am asking this because in my native language, French, there is no way to negate this easily. I could translate "or not" (by "ou pas") but not just "not". Any details about this separate "not", historical or linguistic will be appreciated.

It is an idiomatic nonstandard usage especially in informal, humorous contexts:

​(humorous, informal) used to emphasize the opposite of a statement.

It usage dates back to the beginning of the 20th century but was made popular a few decades ago:

As an interjection to negate what was said before or reveal it as sarcasm, it is attested by 1900, popularized 1989 by "Wayne's World" sketches on "Saturday Night Live" TV show. 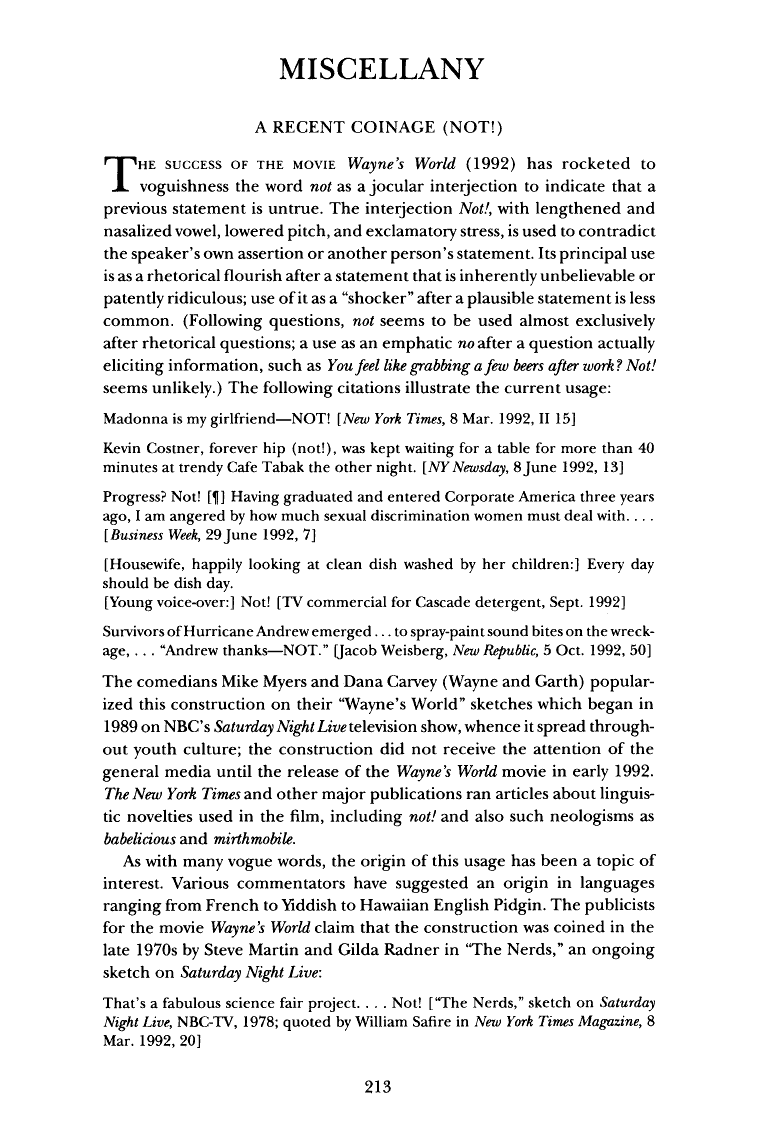 Not the answer you're looking for? Browse other questions tagged negation or ask your own question.

1
"My job is not to worry about those people" — what does "not" refer to?
8
Difference between "not every" and "every ... is not"
14
The use of "not" in idiomatic English
6
Shift to "must" for negation of "have to"?
3
History of Neither Nor - Negative Meaning with Negative Verb Structure