When trying to understand the difference between irritated and annoyed I get this definition:

Annoy means: To disturb or irritate, especially by continued or repeated acts; to bother with unpleasant deeds. Are they kidding? Annoy means irritate? What is that?

Then how to get the difference? Please help to understand.

The words are sometimes synonymous. Let's look at other words that are associated with annoy and irritate in dictionaries.

I have taken the key words from Cambridge, Merriam Webster and Collins. Rather than bore you with a list of tedious definitions, this is what I find in my Venn diagram:

I suggest that a focus on the central area produces reasonable claims of synonymy but that there are also differences of meaning shown by the pink and yellow areas. These differences may be brought out in various contexts. 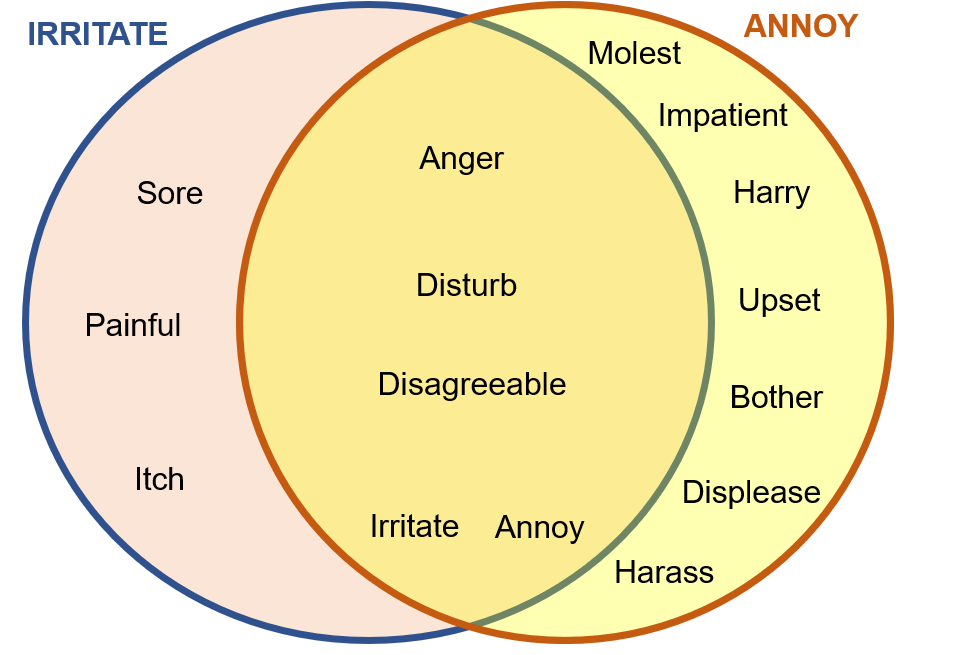