In due time and place

Caveat: the content of this post might be a little bit politics-related. But I try to make it sound as non-political as possible. Let's focus on the linguistical problems here, thanks!

If I were to create a sports league, I would make sure that every player in my league had the opportunity to protest in due time and place.

This is a sentence I wrote. The following Google ngram shows that it is a rather old-fashioned expression. Mostly it is seen in older contexts. 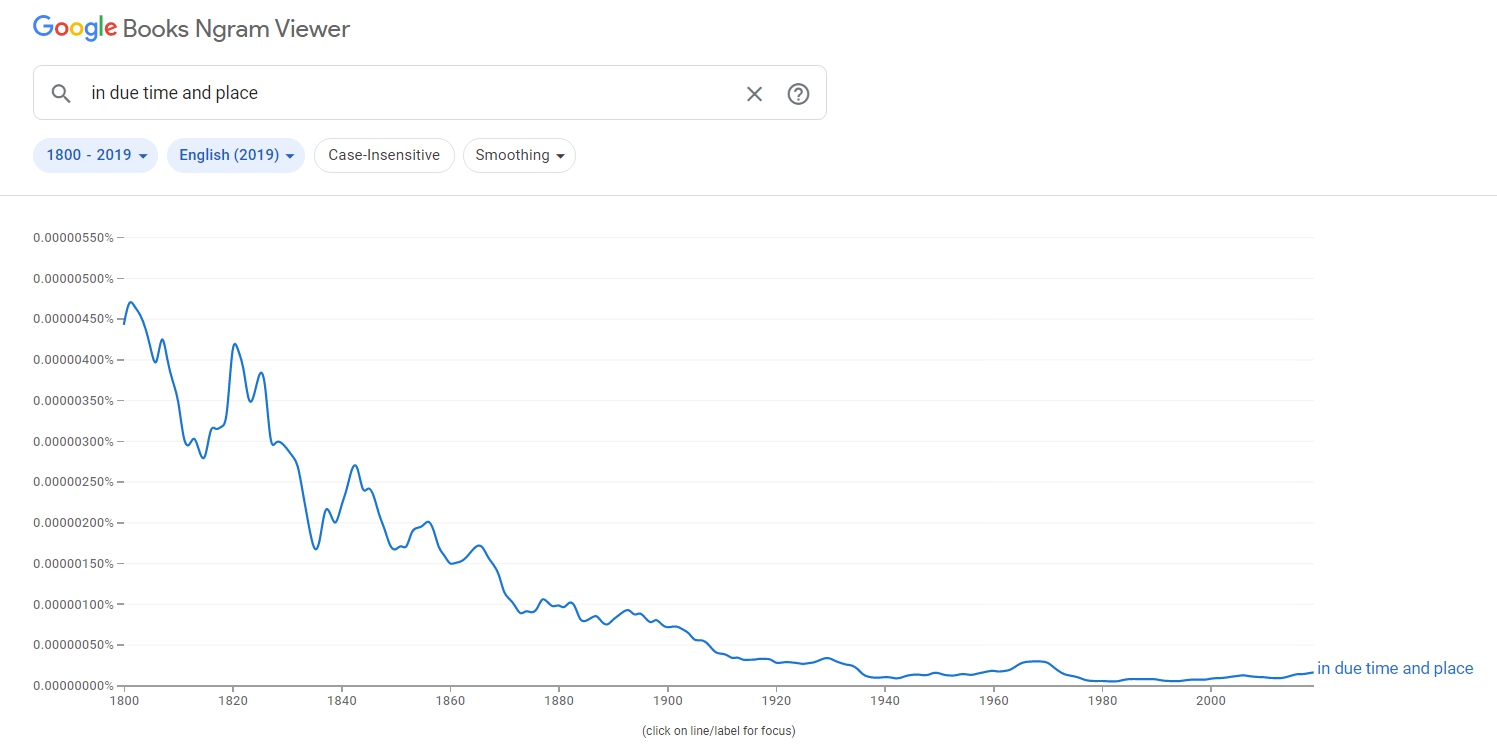 I wonder is it okay to use it in my writing? ngram: in due time and place

I also wonder whether it can be rewritten as follows:

If I were to create a sports league, I would give every player in my league due time and place to protest.

When normally using the expression, "and place" isn't used. Well, not in first person with the I - he said he would allow all the players in the league due time on the field.

8
A far away place
6
expression “caught between a rock and a hard place”
0
In the last hundred years and the last time
4
Can “this time around” and “all the time” be compatible?
2
“at the time” and “at that time” usage and differences
2
Single word for time and place of birth
0
Single word for describing author, time, place and type of a document?
1
by + time vs in+ time
0
Is the phrase “and, when time” correct?
3
Expression implying passivity due to familiarity